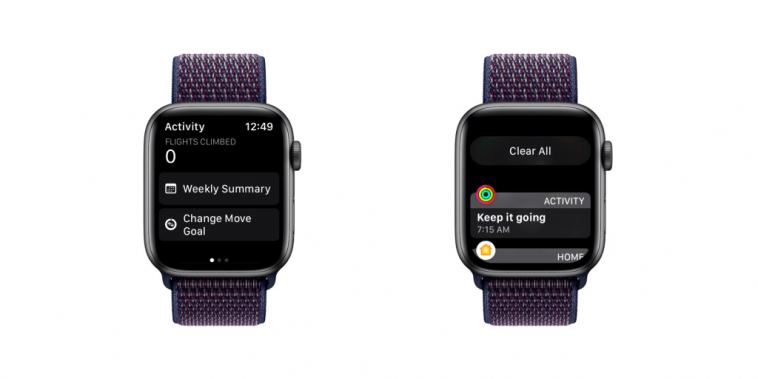 watchOS 7 adds a variety of new features, such as sleep tracking and new workout types, but it also drops support for one key feature. With watchOS 7, Apple has deprecated support for the Force Touch functionality and is instead recommending developers look at other solutions.

Given the Apple Watch’s smaller display, Force Touch was a very useful way for developers to add quick access to features and menus. Force Touch allowed Apple Watch users to firmly press on the device’s display to access additional content and controls.

In a new version of the Apple Human Interface Guidelines, the company is telling developers to relocate items previously accessed by Force Touch:

Firm press and long press. In versions of watchOS before watchOS 7, people could press firmly on the display to do things like change the watch face or reveal a hidden menu called a Force Touch menu. In watchOS 7 and later, system apps make previously hidden menu items accessible in a related screen or a settings screen. If you formerly supported a long-press gesture to open a hidden menu, consider relocating the menu items elsewhere.

Force Touch is a hardware feature that has been available on every Apple Watch model. Presumably, this means the Apple Watch Series 6 will lack support for the capability when it’s released this fall. It’s interesting but unsurprising that Apple has dropped support for Force Touch across the board in the meantime. This is a way for Apple to force developers to make the necessary changes before the Apple Watch Series 6 release and to ensure uniformity.

If this all sounds familiar, it’s because Apple made a similar change in the iPhone lineup by dropping support for 3D Touch with the iPhone XR and eventually the iPhone 11 lineup as well. Apple replicated much, but not all, of this functionality through something called Haptic Touch, which is long-press rather than a firm press.

What do you think of Apple’s decision to drop support for Force Touch in watchOS 7? Let us know down in the comments!