TSMC is Apple’s primary chipmaker and serves as the exclusive supplier of A-series and M-series Apple silicon chips. The company today reported strong earnings results for the first quarter, with downstream partners such as smartphone, tablet, and laptop makers seeing strong demand as people continue to work from home.

However, it warned that the global chip shortages will continue for the foreseeable future and well into next year. Naturally, this has concerning implications for Apple’s product rollouts.

As Apple is TSMC’s single largest supplier, it can typically secure supply ahead of everyone else as it dwarfs TSMC”s other customers in quantities and spending power. However, it seems the chip shortages are so severe Apple is not impervious.

It has already been reported that the chip shortages have affected Apple’s production schedules for some iPad and MacBook models. Bloomberg said that the new mini-LED display for the upcoming 12.9-inch iPad Pro — set to be unveiled at next week’s event — is also supply constrained. Availability of iPhone chips remains “tight.”

TSMC reported a 19.4% rise in first-quarter profit, increasing to $4.93 billion derived from $12.92 billion in revenue. Assuming it can continue to produce chips, the strong performance of Apple’s iPhone 12 series should propel it to more success throughout 2021.

The chip foundry has increased its whole-year revenue forecast by about 20%. It is also investing in next-generation 3-nanometer fabrication processes. Apple is expected to dominate TSMC’s 4-nanometer supply line early 2022. 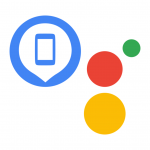