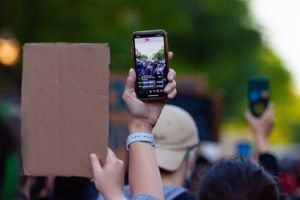 Digital privacy has always been a concern for activists, who take precautions to make sure oppressive government regimes can’t track them down and silence their advocacy. With daily protests happening across the US, thousands of people are finding themselves becoming activists for the first time.

Protesters have taken to the streets in a number of cities to demonstrate against police brutality after George Floyd, an unarmed black man, died when an officer pinned his knee against Floyd’s neck for nearly nine minutes. The officers involved have been arrested and charged, but police continue to escalate forceful measures against protesters exercising their First Amendment rights.

If you’re attending a protest, you know the risk of surveillance is high. Police have used tools like warrants to amass information on large crowds, social media surveillance to monitor protesters and facial recognition to identify people.

There are other surveillance tools, like using IMSI catchers, often known as Stingrays, to pose as phone towers and intercept text messages and signals from phones. There’s a wide range of ways police can track and surveil protesters, and that’s without turning to third parties like location data brokers selling information to law enforcement or partnerships with companies like Amazon’s Ring.

Read more: Know your protesting rights: Here’s what you can and can’t legally do

The Drug Enforcement Administration also now has blanket authority to conduct secret surveillance against protesters, according to a memo obtained by BuzzFeed News.

The following is a quick list of suggestions on how to protect your digital privacy as you exercise your right to protest. To get more information on each one, read on. You should note that given the US government’s arsenal of surveillance tools, these recommendations aren’t foolproof, but they’re important safeguards if you’re heading to a protest:

This is the most obvious piece of advice, and depending on your needs at a protest, either the best or worst suggestion to make. The best way to keep your device from being spied on is to leave it at home.

Law enforcement agencies have multiple tools they can use to search for and identify people based on their phone signals, and police can also confiscate devices during arrests. Even if your phone is secured and locked, police have also shown that they can use third-party tools to break through passcodes.

But a phone is an important tool during protests — to film acts of police brutality, to have a lawyer’s number on hand and to keep in touch with updates during demonstrations.

Protesters in Hong Kong have taken measures like stamping lawyers’ phone numbers on their arms if they’re unable to bring a phone or might not have access to it during an arrest.

If you absolutely need to bring a phone, which is a completely reasonable position to take, then…

Use a burner phone with encrypted apps

Consider investing in a handset that’s set up for attending protests. For an extra level of security, you should buy the device using cash rather than a credit card that can be traced back to you.

You can also use an old phone you have lying around the house rather than buying a completely new one, but if you do that, you should make sure the phone is wiped and doesn’t have any personal accounts tied to it.

Just because it’s a new device doesn’t mean you can’t be tracked on it. Text messages and phone calls are still vulnerable to interception by IMSI catchers.

You should use an encrypted-messaging app, like Signal, which has also added a face-blurring tool to protect against facial recognition.

Encrypted messaging prevents your conversations from being intercepted over the air. In addition, Signal has defied court orders to provide records of messages.

If you’re using Signal, you should also set up messages to disappear, so the records aren’t stored on your device.

Once you have a secondary device specifically for attending protests, you should change the settings on it to ensure maximum privacy. For starters, you need to…

Turn off all biometrics

Biometrics for unlocking your device, like Face ID or Touch ID, are very convenient for opening your phone quickly when you need it.

They’re also pretty convenient for police. In the past, courts have allowed police to force people to unlock devices using their fingerprints, and the FBI has also forced people to unlock a device through Face ID.

As technology progresses, different courts have issued different opinions on what’s legal with biometrics and the police, but it’s best to just not take that risk. Before attending a protest, turn off all the biometrics on your device, burner or not.

You should be using a strong password instead — the longer the password is, the harder it’ll be for police to use hacking tools to break into your phone. A bonus is that, because of your Fifth Amendment rights, police can’t legally require you to give up your password.

If you must have biometrics enabled on your protest device…

Get familiar with Emergency SOS

On a device running iOS 11 or later, Apple has a mode called Emergency SOS, which, once activated, will no longer accept biometrics as an option for unlocking the device. You can also add emergency contacts on the service to call for a lawyer.

Back up and encrypt your device

Keeping your device backed up is a good safety net in case it gets lost, stolen or confiscated during a protest, as the Electronic Frontier Foundation warns. If the data is backed up and the device is out of your hands, you can remotely delete the data on the burner device and restore it on a later phone.

See also: That used or refurbished Android phone might be unsafe: 6 things to know

You should also encrypt the data stored on your phone, which is done by default on iPhones after you set up a password for it.

Some Android devices come encrypted already, like Pixel phones. If you want to make sure you’re secured, you can do it by going to your Settings, then Security and tap on Encrypt Phone. The process can vary based on what Android version you have and who the manufacturer is.

Keep your device on airplane mode

Unless you’re livestreaming or constantly posting updates online from the protest, you should keep your device on airplane mode to ensure the least amount of data leakage possible. Your phone is constantly giving off signals that can be tracked, from cell service to Bluetooth to Wi-Fi.

Those are all signals that are used for location tracking by law enforcement, and putting your device on airplane mode is the best way to minimize this. You can turn signals back on for specific purposes, but it’s best to leave them off so your phone isn’t passively giving away your whereabouts.

If you need to be connected at all times, at the very least, you should…

This is an obvious one, but it’s important. Location services are what tie your phone to other apps. So even if your data is encrypted locally, if you have location services activated, apps like weather services and Google Maps will still be able to grab your information, and police can get that data through a warrant.

While police need a warrant to obtain that data, advertisers and location data brokers don’t. A Wall Street Journal report found that political groups have been using phone location data to target ads to people who were at protests. Joshua Anton, founder of the location data company X-Mode, said in a post on LinkedIn that the company received multiple requests for data around protests and refused to provide that sensitive information, but other companies may not have the same ethics.

This is especially important if you’re using any Google apps. Police have increasingly used a search request called a geofence warrant, through which they can ask for data on all devices in a specified area. Google can comply with those requests only if Location History is enabled.

Again, if you do need to keep location services on…

Just because you’re using a service doesn’t mean you need to have it tied to your name or main account.

You can set up a new account from a place with public Wi-Fi to obscure yourself even further. So instead of tweeting updates from your personal account or livestreaming, you can create a new identity online tied to a phone number and network that has nothing to do with your normal life. The same goes for email or other messaging services.

Apart from the very important health necessities of wearing a face mask, because the coronavirus pandemic is ongoing, face masks are also helpful for preventing the use of facial recognition against you.

Facial recognition companies have started working on being able to identify someone who’s wearing a mask, but until that’s effective, these masks are your best bet at staying hidden from facial recognition. Face recognition algorithms are dependent on analyzing the areas right in the center of your face, and the masks cover up a significant number of those areas.

Protesters in Hong Kong have taken to using laser pointers against cameras to prevent facial recognition from working effectively. You should be aware that certain states consider directing a laser pointer at a police helicopter to be a federal crime, and one person is serving a 14-year prison sentence over it.

Use the Tor browser

Protests don’t just sprout up spontaneously — there’s a good chance you’re finding them through an online search logged in your browser. Searching on private mode or in incognito mode isn’t enough to protect your privacy, especially since internet service providers can still hand that information over to investigators.

You should use the Tor browser, which, though slow, has privacy settings with multilayered encryption to prevent internet service providers from seeing your data.

How to maintain your digital privacy at protests – CNET originally appeared on CNet.com 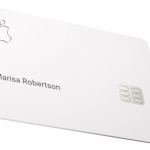 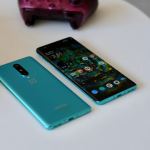