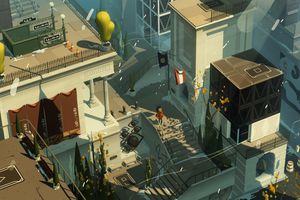 This story is part of CNET’s coverage of Apple Arcade, including exclusive first looks we got at some of the service’s high-profile new games.

Apple Arcade games Where Cards Fall and Sayonara Wild Hearts both won an Apple Design Award on Monday, according to a release. The award recognized the two games and six others for outstanding app design, innovation, ingenuity and technical achievement. Both games are available on Apple’s $4.99-a-month subscription gaming service Apple Arcade, which includes a growing catalog of over 1,200 games.

Sayonara Wild Hearts, from developer Simogo and publisher Annapurna Interactive, combines pop music and motorcycle racing for a fast-paced, vivid adventure. In the colorful game, a young woman’s heartbreak disturbs the balance of the universe. She leaves her bedroom and follows a diamond butterfly to highways in the sky. Once she begins racing in the astral streets, she encounters her masked other self — The Fool, who’s made of broken heart shards.

In December, the game claimed the title of Apple Arcade Game of the Year, in the tech giant’s first annual App Store Best Apps and Games awards.

Where Cards Fall, from developer The Game Band and publisher Snowman, is a narrative-driven game where players navigate formative memories by building and collapsing houses of cards. The game takes the player through insecurities and emotions that accompany growing up with dreamy spatial puzzles.

Apple Arcade: 50 of our favorite games so far

The other Apple Design Award winners include Darkroom, a photo and video editor from Bergen Co., Looom, an animation by iorama.studio, Shapr 3D, a CAD app for iPad from Shapr 3D ZRT, and StaffPad, an app that converts handwritten musical notations into digital sheet music from StaffPad Ltd. Games Sky: Children of the Light from thatgamecompany and Song of Bloom from indie developer Philipp Stollenmayer also won. 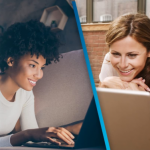 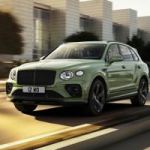