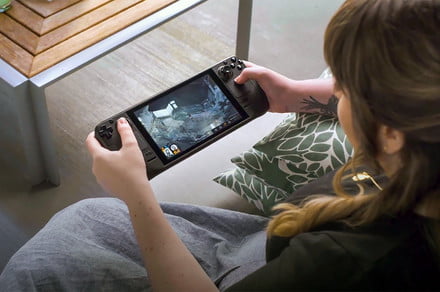 Valve has announced a game-changing handheld called the Steam Deck. Yes, it works with your Steam library, and it’s available for pre-order. Here’s everything you should know about the Steam Deck, how it compares, what it can do, and how you can get your hands on one.

What is the Steam Deck?

The Steam Deck is a new handheld gaming device announced by Valve in mid-July (right after Nintendo opened pre-orders for its OLED Switch). As the name suggests, the handheld is designed to work with Valve’s immensely popular Steam platform and will allow players to play any of their Steam library on the go.

The Steam Deck does share some similarities with the Switch, such as dual joystick controls, dock-based charging, and the ability to connect it to an external display. There is also a 7-inch screen with a 1200 x 800 resolution (no 4K output supported), and battery life is reported to last up to seven or eight hours, depending on use. Connections include a USB-C port for charging, as well as an SD card slot for extra storage.

A Steam-powered handheld may make a lot of sense, but gamers naturally have many questions about just how well this device can perform. The best comparison is a small gaming laptop, but the Deck’s components are fairly unique: Steam partnered with AMD to customize a Zen 2 CPU to power the Deck, while an RDNA 2 takes care of graphics. There’s also a healthy 16GB of RAM and up to a 512GB solid-state drive for storage.

Finally, Valve has said that Steam Deck will support cloud saving tied to your account, which means you will be able to play a game on your PC and then pick it back up on the Deck for mobile play without losing any progress. Steam features like Chat and Remote Play are also supported on the Deck, so as long as you’re comfortable with the small screen, you won’t miss much.

The first Steam Decks will be shipping out around December, and pre-orders are available now. Steam appears to be updating expected availability based on their shipping windows, and it’s already shifted considerably. As of this time, you can expect a reserved Deck to ship in the second quarter of 2022.

The Steam Deck offers three different models for players to choose from.

The first is a $400 model equipped with 64GB of eMMC storage, and it comes with a carrying case. This is definitely one model you’ll want the SD card for to hold any sort of larger games.

The second is a $530 mode with a 256GB NVMe SSD for better loading times. It comes with both a carrying case and a Steam Community profile bundle.

The third is a $650 model with a 512GB SSD, an upgraded display with an anti-glare etched case, and an exclusive virtual keyboard theme in addition to the other extras from the previous options.

One of the common questions we’ve seen about the Deck is, “Wait, it can really play all the games on Steam?”

The answer is currently complicated. Valve itself isn’t preventing you from playing any titles on their platform with the Deck, but the hardware itself does have some built-in limitations. At the core of the system is a Linux-based OS using Valve’s new Proton tool that enables Windows-friendly games to function with Linux. According to ProtonDB’s latest research, that approach has problems for more demanding games that aren’t really designed to handle this.

Notably, extra-popular titles like Destiny 2, Apex Legends, and PUBG don’t currently function well enough to play on the Steam Deck — at least, not on multiplayer. Something seems wrong with how Proton is dealing with anti-cheat systems.

Two pieces of good news: First, if there is a specific bug with anti-cheating and Proton, Valve is likely to find a workaround in time. Second, single-player games are unlikely to be affected by these problems and should be playable. Results may vary depending on the demands of the game and how gameplay is with a smaller screen, but you can try out any of your favorite titles as long as you have enough storage space. Oh, and if you’re not a big Steam fan these days, the Deck will also support the Epic Games Store.

Using a keyboard and mouse

The Deck offers thumb-friendly joysticks, a four-button layout, and a touchpad, plus four back grip buttons and shoulder options. There’s a gyroscope option for motion-based controls when supported, too. That’s all familiar but may not be ideal or comfortable for all users. Fortunately, the Deck also appears to be compatible with wireless connections to a keyboard and mouse if you prefer this kind of setup when possible.

How to pre-order the Steam Deck

If you want to take action now (and since the shipping date has already shifted back half a year thanks to previous reservations, that may be a good idea), we have a guide to walk you through pre-ordering a Steam Deck. Valve is using an account-based reservation system, so you will need a Steam account to begin. Users are reporting some issues, such as being told that their accounts are too new to purchase or receive error messages along the reservation process, so it’s important to stay patient as Valve fine-tunes the process.

We’ve got a more detailed guide on the Steam Deck pre-order process here.

If you spot a Deck for sale on a site like eBay, don’t fall for it. Promising Steam Decks months ahead of its shipping date violates eBay’s policies for sellers, and these listings are being quickly removed.

Everything we know about the Steam Deck originally appeared on DigitalTrends.com 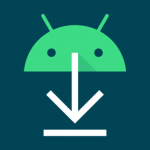 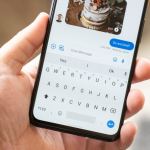