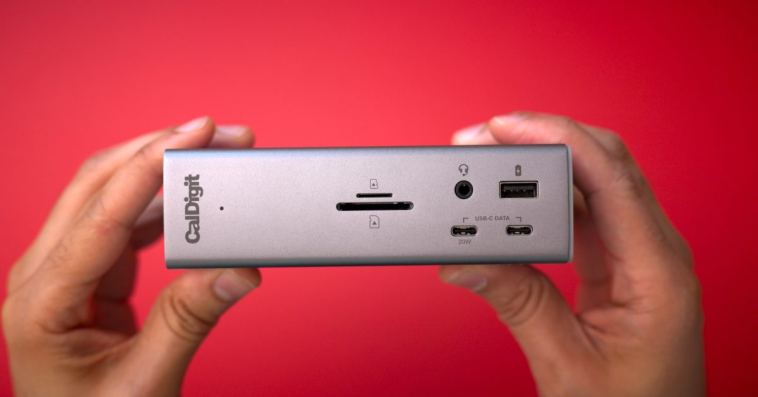 Four years ago, when I received the original CalDigit TS3 Plus dock, I called it the best Thunderbolt dock available for Mac users. Since its release, many docks have come and gone, but the TS3 Plus remained one of my favorite Thunderbolt accessories.

Recently CalDigit released the successor to the TS3 Plus, simply named TS4. Is CalDigit’s TS4 a worthy follow-up to the TS3 Plus? As you’ll see in my hands-on, the TS4 is a refined and more capable dock than its predecessor.

A lot has changed since the original TS3 Plus came on the scene. There’s Thunderbolt 4, which is built on top of USB 4, and backward compatible with Thunderbolt 3. And one of the more notable changes is that the the iPad Pro now includes a Thunderbolt 4 port, which affords full compatibility with the TS4.

The original TS3 Plus was a significant hardware release, not only because it included an absurd 15 ports, but because of the type of ports that it included. For instance, it was one of the first docks to include a UHS-II-compatible SD Card slot. The TS4 builds on the foundation established by its forebear, and includes a ridiculous 18 ports of I/O, with quite a few additional improvements.

The TS4 is jam-packed with 18 ports in a relatively small form factor. Here’s a look at everything it includes:

At first glimpse, the TS4 looks nearly indistinguishable from its predecessor, but upon further inspection it becomes clear that there are some design changes to take into account. First and foremost, the TS4 is a bigger dock than the TS3 Plus. The TS4 is 0.35-inches taller, 0.08-inches wider, and 0.59-inches deeper. CalDigit’s newest dock is also 0.37 lbs heavier than the TS3 Plus. The larger dock can partly be explained by the extra ports that are on board, along with the addition of a security slot.

The TS4 includes the familiar all-aluminum ridged design language that’s been featured on many CalDigit products in the past. Besides looking cool, the ridged design lets the pair of included rubber feet easily connect to the chassis, affording the dock the ability to rest on a desktop surface in a horizontal orientation.

Unlike many docks, which are only able rest on your desktop horizontally, taking up a lot of desktop surface area in the process, the CalDigit TS4 lets users decide. The dock features a built in rubber surface on the bottom to allow it to stand vertically as well.

Compared the the 15 ports on the TS3 Plus, the TS4 features 18 ports. What additional ports can be found on the TS4?

Having a microSD card reader onboard means that you no longer have to hunt for adapters when offloading files from the smaller cards. So many devices use microSD cards for storage these days, so it’s nice to have such a feature onboard.

The TS4 includes not just one, but two USB-C ports on the front. The second USB-C port is rated at 20W of power output, which is significant because it allows you to connect to devices that require at least 20W of power. For example, Apple recommends a 20W or higher connection for its MagSafe wireless chargers.

That’s four additional ports, wasn’t there only supposed to be three more? The reason there are four new ports is because CalDigit eliminated the Optical Audio connection found on the TS3 Plus and replaced it with the 3.5mm rear audio jack out. The TS4 has two 3.5mm audio output connections — one combo port on front that can support headsets with built-in microphones, and one output-only port on the rear — but the front combo port takes priority.

The CalDigit TS4 improvements go beyond just having more ports than the TS3 Plus, as you’ll find improvements made to the previously existing ports. For example, all of the dock’s USB ports — including the USB-A ports — are 10Gbps connections. The Ethernet port, which was previously limited to gigabit Ethernet, can now function as a 2.5GbE connection when connected to a Thunderbolt host. Finally, the DisplayPort connection gets an upgrade from DisplayPort 1.2 to version 1.4.

One of the biggest advantages of Thunderbolt 4/USB 4 is the ability to power connected devices. The TS4 features a maximum of 98W of power delivery, instead of the 87W of its predecessor. Hence, the TS4 can easily power a 13-inch MacBook Pro or MacBook Air, 14-inch MacBook Pro, or any USB-C-enabled iPad at full speed. The dock can also recharge the 16-inch MacBook Pro, but you’ll need to utilize Apple’s Fast-charge-capable 140W USB-C Power Adapter for full-speed charging.

The CalDigit TS4 can connect accommodate a variety of display output configurations based on the type of devices you plan to connect. For example, M1 Mac users are limited to a single external 4K or 6K display at 60Hz, while M1 Pro/Max users can connect up to two 4K or 6K displays at 60Hz. While macOS is limited to 6K at 60Hz, the TS4 can support up to 8K60 on Windows if both the computer and display support Display Stream Compression and DisplayPort 1.4.

Lower resolutions with higher frame rates are also available, with up to 144Hz at 4K, and up to 240Hz at 2560×1440. Higher frame rates will come in handy when connecting to a gaming monitor.

There are many ways to connect to a display via the TS4. You can connect via:

Keep in mind that the three USB-C only ports are for data only. If you’d like to connect a display via USB-C, be sure to utilize one of the two Thunderbolt ports.

Unlike the TS3 Plus, which featured an older Thunderbolt chipset, the TS4 allows users to connect to both Thunderbolt and non-Thunderbolt USB-C ports. While this won’t lend access to Thunderbolt only peripherals, such as Thunderbolt SSDs, it’ll allow users to interface with other devices connected to the dock. For example, this comes in handy when using a USB-C iPad Air or iPad mini.

CalDigit’s TS4 may look similar to the TS3 Plus, but it’s a significant upgrade over its predecessor. It provides wider compatibility with both Thunderbolt and USB-C hosts, features two downstream Thunderbolt ports instead of just one, features faster Ethernet connectivity, and is compatible with multiple 6K displays or even an 8K display when connected to properly configured Windows machines.

There’s only a few downsides that I can think of with this dock. First is the price, because at $360 it falls well outside of impulse buy territory. And as mentioned before, the dock can’t charge a 16-inch M1 Pro/Max MacBook Pro at full speed, but that’s simply Thunderbolt limitation. The dock also includes a fairly large external power supply, although thanks to the larger form factor of the TS4, it doesn’t look as big as before. One last thing — I wish you could toggle off the white LED on front of the dock. It’s easy to overlook in the daytime, but can be an annoyance in a dark environment.

What do you think? Sound off down below in the comments. 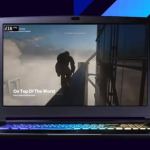 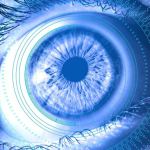