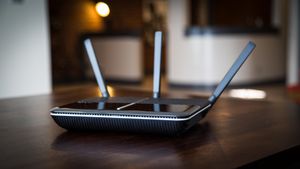 Most internet service providers offer their own modem and router hardware when you sign up for an internet plan, but it’s a very common piece of tech advice that you’re better off buying your own gear. For starters, doing so might allow you to skip an obnoxious equipment rental fee. What’s more, buying your own router will give you the chance to upgrade to something faster and easier to use, or to bring a meaningful upgrade like mesh or Wi-Fi 6 under your roof.

Now, that argument is getting some fresh support from the American Customer Satisfaction Index, which surveys about 180,000 consumers each year about the products and services they use across dozens of industries and hundreds of companies. And the latest numbers on ISPs, released in early June… well, they aren’t great.

For the first time, the ACSI surveyed in-home Wi-Fi satisfaction this year, with a particular focus on how your experience differs when you use your own hardware as opposed to the default ISP hardware. The survey looked at a number of different metrics, with consumers ranking each one on a scale of 1-100, with 100 being totally satisfied. Score for score, the customers using their own hardware came out ahead.

The biggest gulf in happiness was with the cost. Consumers using their own networking hardware ranked their satisfaction with the value of their purchases at 72 out of 100. Those using the ISP hardware scored the value at 66.

It isn’t all bad news for the ISPs. This year’s overall customer satisfaction score of 65 for the category is up 4.8% from last year, with eight of 11 ISPs showing improvement. Comcast Xfinity saw the biggest jump, surging 8% to a third-place score of 66, while Verizon Fios improved 4% to a best-in-class score of 73.

“ISP customers were happier with the variety of available internet plans this year, and they found internet service more reliable,” says ASCI’s David Vanamburg. “If ISPs can make progress in those areas, then there’s no reason why they can’t make similar gains in the hardware department by offering more reasonable equipment rental prices and improving the reliability of in-home Wi-Fi.”

Still, the improvement was only enough to lift ISPs into second-to-last-place among the industries that ASCI scores. With the exception of mobile app quality (79) and reliability (77), most of the benchmark scores for the category remain relatively low, ASCI says.

That said, when ACSI polled for satisfaction with overall Wi-Fi quality, it was actually hardware from Verizon Fios that led the way with a score of 77 out of 100. It was the only ISP to beat out the top third-party manufacturers. Next up were Netgear and TP-Link, which each scored a 75, and Linksys, which scored a 73. Comcast Xfinity, another ISP, was right behind at 72, followed by Asus at 71.

You can find ASCI’s full Telecommunications Report for 2019-2020 here.

Wi-Fi customers are happier when they buy their own modem and router, study finds – CNET originally appeared on CNet.com 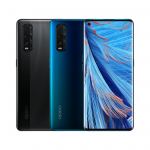 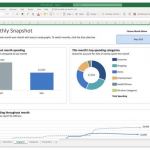