Apple’s iPhone 12 is packed with new features like 5G and a snap-on system for MagSafe accessories. But perhaps the most technically impressive addition is the ability to shoot and edit 10-bit HDR video in Dolby Vision.

So what is Dolby Vision and why should you care?

Why is Dolby Vision a Big Deal?

To get the benefits of HDR video, you’ll need to view the video on an HDR display. The same is true of Dolby Vision since it’s a proprietary format. Not all HDR monitors and televisions are compatible with Dolby Vision content, but the format is slowly gaining ground.

What makes Dolby Vision special is its use of dynamic metadata. Unlike HDR10, which is an open format, Dolby Vision uses dynamic metadata to tone-map the image on a scene-by-scene or frame-by-frame basis. This improves on HDR10 by providing the display with more information about how to present the scene. Dolby Vision even takes the capabilities of the display into account when tone-mapping video for more accurate reproduction on a wide range of displays.

Smartphones have implemented HDR recording before, including models from Sony, LG, and Samsung which favors its own HDR10+ format. Apple is the first to roll out Dolby Vision support in a mobile handset or standalone camera since the process normally requires that Dolby Vision metadata is added in post-production.

What’s makes Dolby Vision implementation on the iPhone 12 so impressive is the sheer amount of computational power required. The iPhone must capture and process data from the camera’s sensor, record Dolby Vision metadata, and save it in real-time. This is in addition to the overhead of running the operating system and other things associated with being a phone.

The A14 Bionic is the all-important puzzle piece that has allowed Apple to embrace HDR recording for the first time. Don’t expect to see Dolby Vision or any kind of 10-bit HDR recording added to older devices via a software update.

The iPhone 12 has a 10-bit OLED display that’s capable of 1200 nits peak brightness, which is brighter than most OLED panels used in monitors or televisions. If you’re recording in Dolby Vision, you’re going to want a Dolby Vision compatible display on which to view your footage after all.

Squeezing Dolby Vision capture into an iPhone is no small feat. Outside of smartphones, shooting in 10-bit requires an expensive mirrorless camera like the Sony A7S III ($3,499 MSRP) or the Panasonic GH5S ($2,499 MSRP), plus any lenses you want to use. You need to use logarithmic picture profiles like Slog3 (Sony) to produce a “flat” image that can be graded in post.

You then need to learn how to grade HDR footage for the format you are targeting, which for most non-professionals would be open standards like HDR10 or Hybrid Log Gamma (HLG). This involves working with large files, so you’d need an editing station that can keep up. You’d also need a decent HDR-capable monitor that can reach a reasonable peak brightness to see the fruits of your labor.

The iPhone 12 takes much of the pain out of this process and makes it possible for anyone to shoot in Dolby Vision. This has never been done before and required that Apple and Dolby come up with a suitable workflow to record both video and metadata in a user-friendly manner.

The iPhone 12 isn’t just a camera but also a video editor, with support for editing your HDR videos using the standard Photos app. You can even apply filters and change parameters to get the look you want.

Of course, the iPhone is still limited by its form factor, tiny sensor, fixed lens, limited battery life, and a processor that isn’t solely dedicated to video capture. Don’t expect Hollywood levels of production, but do expect a big leap in video quality, color volume, and peak brightness over SDR video.

Are There Any Drawbacks to Recording in Dolby Vision?

Dolby Vision is gaining traction as an HDR video format, but it’s not widespread. Compared to its nearest rival, HDR10+, Dolby Vision enjoys relatively broad support among TV manufacturers. The only major brand not to support Dolby Vision so far has been Samsung.

For a lot of people, the iPhone 12 will be the only Dolby Vision compatible device they own. This would limit the splendor of self-shot Dolby Vision videos to the iPhone 12’s display. It may also put a damper on the usefulness of these HDR videos in terms of sharing.

Dolby Vision video is limited to Dolby Vision displays. If you’ve ever stumbled across an HDR-only video on an SDR display, you’ll be aware of how washed-out and weird the colors can look. If Apple can master the “SDR squash” for sharing Dolby Vision videos in SDR format, it will give the format a broader appeal and more flexibility.

There’s also the small matter of disk space. Recording in 10-bit means that you’re capturing a lot more data. Even with more efficient video codecs like HEVC (H.265), Dolby Vision videos are going to take up significantly more space than SDR video would. You’re going to need a bigger iCloud plan or more storage on your iPhone.

More data means more crunching on the part of the A14, in addition to recording metadata on the fly. Recording in Dolby Vision will burn through battery life quicker than standard-definition video. The same is true for the other side of production with regard to editing and processing files.

Even viewing your Dolby Vision videos will cost more in terms of power since the display has to work harder to render the bright highlights.

There’s also a question of how widely the iPhone 12 audience will embrace Dolby Vision, at least initially. Dolby Vision televisions have only been around for a few years. If you don’t own one, how likely are you to actually record anything in the format?

The same question could have been asked a few years ago when Apple added support for 4K capture. How many iPhone owners manually changed to the higher resolution format under Settings > Camera? Apple never “forced” the change in an iOS update after all.

While the technical feat that Apple has achieved is impressive, stepping back from the hype reveals a somewhat niche feature that may not be that valuable to the average iPhone owner in the short term. For creatives, videographers, YouTubers, and people who like messing around with video, Dolby Vision makes the iPhone 12 is a compelling purchase. For everyone else, 5G and MagSafe might be more of a draw.

But HDR video will become more mainstream over the next few years as more displays and smartphones implement it, with or without Dolby’s proprietary technology. Qualcomm demoed “professional quality” HDR10+ video using a Snapdragon 855 system-on-chip earlier in 2020, with Dolby Vision support available on the Snapdragon 865. Samsung has had support for HDR10+ in select Galaxy models since 2019.

Adding Dolby Vision to the iPhone 12 is a win for HDR video in general, pushing the format forward. It’s also a win for Dolby, which looks to be in a better position than ever to win the emerging HDR format war.

Looking for a new HDR 4K television to compliment your iPhone 12? Learn what mistakes to avoid when buying a new TV.

Why the iPhone 12’s Dolby Vision HDR Recording Is a Big Deal originally appeared on HowToGeek.com 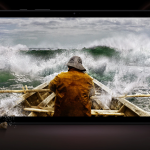 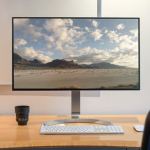