How many times have you seen someone retweet a story and it was abundantly clear that they only read the headline? I’ve seen it more times than I care to admit (and may have even been guilty of it myself). Now, though, Twitter is testing a new feature on Android to help curb this behavior.

According to the Twitter Support account, this new feature will simply ask if you’re sure you want to retweet an article that you haven’t opened on Twitter. To clarify: it only monitors clicks on its own site, so it’s not tracking your browser window or other places where you might have, in fact, read the article.

Sharing an article can spark conversation, so you may want to read it before you Tweet it.

To help promote informed discussion, we're testing a new prompt on Android –– when you Retweet an article that you haven't opened on Twitter, we may ask if you'd like to open it first.

It also notes that you’ll still be free to retweet the article you didn’t read with thoughts that may or may not be relevant to the conversation. So, if you enjoy tweeting things based purely on assumption, there’s still a place for you.

This feature is currently in testing exclusively on Android, so there’s also a chance that it may never actually see the light of day for everyone. Here’s to hoping, though. 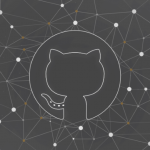 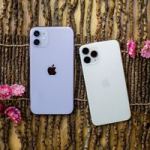