Last year’s Pokémon Go Fest attracted 60,000 trainers to Chicago’s Grant Park for a four-day frenzy of rare Pokémon and challenges. But 2020’s Pokémon Go Fest is an online-only event with an unlimited number of $15 tickets. The event runs on July 25th and 26th, and at least $5 million in proceeds go to causes related to Black Lives Matter.

Niantic hasn’t revealed all the details for its upcoming Pokémon Go Fest. For now, all we know is that the festival runs from 10 AM to 8 PM on July 25th and 26th (in each time zone). The July 25th event features a “Special Research” challenge, a Global Challenge Arena where distant players work together for rewards, and a slew of rotating environments with rare or event-exclusive Pokémon. But Niantic is keeping its July 26th agenda a secret until the event launches.

People who attended the Pokémon Go Fests of yesteryear had the chance to grab special gifts and exclusive merch. But now, since the event is online-only, participants have to buy their merch through the Pokémon Center online store. Niantic is also sending out printable papercrafts to all event participants.

Pokémon Go Fest tickets are available for $15 through the Pokémon Go app. Niantic plans to donate a minimum of $5 million in proceeds to BLM-related causes. Half will go towards black creatives, while the other half will go toward nonprofits that rebuild local communities. In addition to Pokémon Go Fest proceeds, Niantic is donating $100,000 to the Marsha P. Johson Institute for black trans people and will match employee contributions up to $50,000.

Source: Niantic via The Verge

Tickets for the Online-Only Pokémon Go Fest Are Available for $15 originally appeared on HowToGeek.com 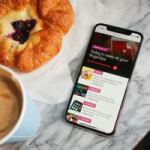 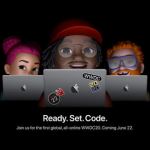