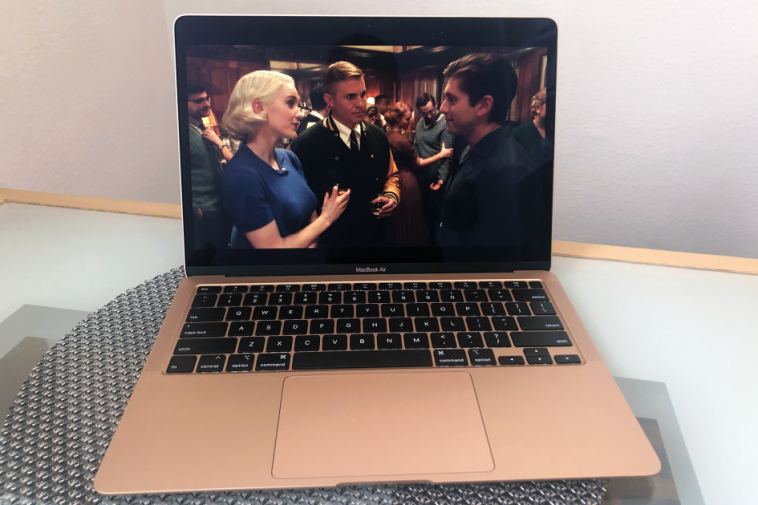 Tech deals flooded the internet this week with savings on Apple products, wireless headphones, video games and more. The new MacBook Air (the one with that nice Magic Keyboard) is still $100 off at Amazon, and you can save hundreds on Bose and Sony wireless headphones and earbuds. Nintendo’s summer sale is also going on right now and it discounts many popular Switch digital games including Super Mario Party and Dragon Quest XI S. Here are the best deals from the week that you can still get right now.

The new MacBook Air remains on sale at Amazon — you can get the base model with a 10th gen Core i3 processor, 8GB or RAM and 256GB of storage for $900. The higher-end model with a Core i5 processor, 8GB of RAM and 512GB of storage is also $100 off. This is the MacBook Air that just came out at the end of March and it has that much-improved Magic Keyboard along with a sharp Retina display, a great trackpad and TouchID. Now’s the time to grab it if you’re on the market for a new, everyday laptop.

If you need a bit more power and versatility, the 16-inch MacBook Pro is also on sale at Amazon for $2,100. This model has a Core i7 processor, 16GB of RAM, 512GB of storage and Radeon Pro 5300M graphics. The sale price slashes $300 off the laptop’s original price, and while it’s still much more expensive than the MacBook Air, it’s also much more powerful. The 16-inch MacBook Pro earned a score of 90 from us for its solid processor and graphics combo, stellar speaker and mic array and comfortable Magic Keyboard.

Nintendo’s summer sale is in full swing, bringing discounts on hundreds of first- and third-party games. Nintendo-only games include Super Mario Party, Donkey Kong Country: Tropical Freeze and Kirby Star Allies are all on sale and most are close to their lowest prices ever. As for third-party titles, Ni no Kuni: Wrath of the White Witch, Dragon Quest XI S, Dark Souls Remastered, The Witcher 3: Wild Hunt and many others are on sale. This sale is on digital games only, so make sure you have space on your Switch or have an extra microSD card handy.

Amazon and Best Buy still have the Bose 700 wireless headphones in white for $100 off, bringing the price down to $300. This is the lowest price we’ve seen these headphones, and while still expensive, it’s a good sale on a great pair of cans. We gave the 700s a score of 90 for their fantastic noise cancellation, updated design and easy touch controls.

Sony’s excellent WF-1000XM3 wireless earbuds are on sale for $178 on Amazon and just $2 more at Best Buy. Amazon and Best Buy also have the Sony WF-SP800N wireless earbuds for $168, which is $32 off their normal price of $200. The naming system makes it hard to tell these earbuds apart but all you need to know is this: both have active noise cancellation and we gave the WF-1000XM3s a score of 89 for their impressive sound quality, long battery life and handy mobile app. The more sporty WF-SP800Ns earned a score of 88 for their punchy base and relatively affordable starting price.

Both Amazon and Best Buy have the Beats Solo Pro wireless headphones for $230 today. That’s $70 off their normal $300 price and $20 cheaper than the sale price they typically drop down to every once in a while. These are solid ANC headphones that we gave a score of 81 for their excellent sound quality, hands-free Siri controls and improved design.

PlayStation Plus and Now

Both PlayStation Plus and PlayStation Now 12-month subscriptions are still $42 each on Amazon, which is $18 off their usual price. Plus is essential if you want to play online games with your PS4, but Sony sweetens the deal by offering a few free games each month. PlayStation Now lets you stream hundreds of PS2, PS3 and PS4 games on your PlayStation 4 and PC.

You can still snag the Anova Precision Cooker Pro for only $200 at Amazon, which is 50 percent off its normal price of $400. Anova’s regular Precision Cooker is also on sale — $145 now, which is $55 off its normal price. The 1,200-watt Pro is better for large families or those who often cook for big parties, while the 1,000-watt standard model is best for smaller families and budding home cooks. If you’ve been itching to try your hand at sous vide, now’s the time to give it a go while you can get these tools for less.

The new Fitbit Charge 4 tracker is still on sale for $130 at various retailers including Amazon and Best Buy. It’s part of Fitbit’s Father’s Day sale and it’s arguably the best deal of the bunch. The Charge 4 just came out a few months ago and is normally priced at $150. It’s the first Fitbit tracker (not smartwatch) in a long time to have built-in GPS, and it also has standard Fitbit Pay and a multi-day battery life. We gave it a score of 82 and it’s a good device to get if you want a health and fitness wearable that’s decidedly not a smartwatch.

You can still snag a Withings Steel HR smartwatch for $120, or $60 off its normal price. The company is having a sale on all Steel HR models, and this sale price is close to the lowest price we’ve seen the smartwatch hit. The Steel HR is best for those that don’t like the overly digital look of most smartwatches because it has an analog watch face. It has a built-in heart rate monitor and can track daily activity, exercise, sleep and more.

Building a smart home can be expensive but this deal from Wyze makes it affordable to get started off with a bunch of devices. Wyze’s smart home starter pack is only $79 now, down from its normal price of $110, and it includes one Wyze security camera with a 32GB microSD card, two smart sensors, one motion sensor, one Wyze bridge, two smart plugs and three Wyze smart light bulbs. To put things into perspective: one smart plug from competing brands can be $25. You’ll save a ton with this deal and get basically everything you need to start off your smart home ecosystem.

Apple’s HomePod is down to $200 again at Best Buy. This is the lowest price we’ve seen the smart speaker hit, although it has dropped this low in the past. We gave the HomePod a score of 79 when it first came out thanks to its excellent sound quality, minimalist design and AirPlay streaming capabilities.

You can snag Powerbeats Pro wireless earbuds for $200 at Amazon right now. These buds routinely drop to this price about once a month, and we would recommend waiting until a sale like this to buy. We gave the Powerbeats Pro a score of 86 for their great battery life, improved sound and easy pairing with Apple’s H1 chip. Beats recently released new colors for these earbuds, including light blue, yellow and pink, and all of them are on sale as well.

To celebrate its birthday month, Sennheiser is selling its HD 25 DJ and monitoring headphones for $100, which is $50 off their normal price. Also, if you order the headphones this month, you could receive a limited-edition pair that have a retro-style Sennheiser logo on them and include yellow earpads. These ship randomly, so you won’t know if you got one until they arrive.

Amazon has a number of Razer bundles on sale, most of which include a gaming keyboard and mouse for less than the cost of buying the two items separately. For example, buying a Razer Basilisk Ultimate mouse and BlackWidow Elite keyboard together saves you 32 percent with a final price of $230. One of the most affordable bundles gets you a BlackWidow keyboard and a Viper wired mouse for only $140. 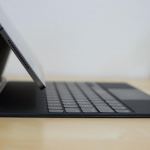