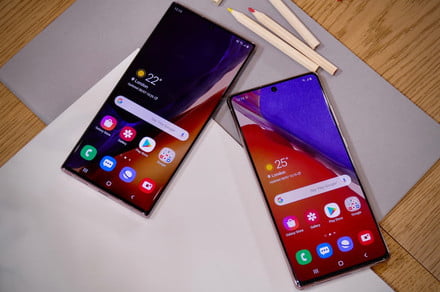 Almost all smartphones today sport six inch-plus displays (even if smaller mobiles like the iPhone 12 Mini are coming back into style), but many forget that it was the Samsung Galaxy Note lineup that cemented this trend. One could also reasonably ask why the Galaxy Note phones still around when other flagships like the Galaxy S series are now pretty much the same size.

The Galaxy Note 20 and Note 20 Ultra were Samsung’s response to that question, serving as high-end devices with built-in styluses, the latest and greatest mobile hardware, and gorgeous, nearly bezel-less displays. These are high-end phones and are naturally expensive, but if you’re looking for smartphone deals, you’ve found the right place. We’ve got all the best Samsung Galaxy Note 20 deals and bundles right here.

The Galaxy Note 20’s overall design has been nicely updated but remains recognizable with a near-bezel-less design and pinhole front camera much like its predecessor. On the back, though, you’ll instantly notice a beefed-up camera module (the main lens being capable of shooting 8K video) that is more in line with newer flagships like the iPhone 12 and Galaxy S21 series.

One thing that has always set Galaxy Note devices apart from the S series is the stylus, and Samsung didn’t forget this with the Note 20. The S Pen stows away neatly inside the body of the phone, which is entirely water-resistant — and that includes the stylus itself and its storage silo. Both models are naturally quite large (as you would expect) and there’s not much of a difference in size: The Galaxy Note 20 boasts a 6.7-inch 1080p/393 pixels per inch (ppi) display while the Note 20 Ultra packs a slightly bigger 6.9-inch 1440p/509 ppi touchscreen, the main difference there being resolution and pixel density. Both run on the same Snapdragon 865+ chipset.

The standard Galaxy Note 20 will set you back $1,000 (unless you find a deal, that is), which, while not as sticker shock-inducing as the Ultra’s price, is still not a cheap phone. The Galaxy Note smartphones have always represented a high-end Android experience and the new Galaxy Note 20 doesn’t shirk that pedigree. Nonetheless, whether you’re a dedicated Note fan or you’re just after a plus-sized 5G-capable Android flagship, the Galaxy Note 20 is absolutely worth a look.

The reviews are in — and the Samsung Galaxy Note 20 Ultra is a beast. Our Note 20 Ultra review describes the new phone as the biggest, baddest, most hardcore flagship smartphone you can buy today. In line with previous releases, Samsung dropped two Note devices in 2020 but has replaced the Plus moniker with “Ultra.” That was an attention-grabbing choice when it was announced, as Galaxy fans know that the Ultra name was most recently reserved for the premium member of the S20 flagship family, the Galaxy S20 Ultra — a phone that happened to retail for $1,400.

As stated above, the Note 20 and Note 20 Ultra are very similar overall in terms of size and hardware. They run on the same Snapdragon chipset and the Ultra is only 0.2 inches larger measured diagonally. Yet whereas the Note 20’s 6.7-inch display is 1080p with a pixel density of 393 ppi, the Ultra’s OLED touchscreen features a Quad HD 1440p resolution with a pixel density of 509 ppi, resulting in a sharper, more vibrant image.

The Galaxy Note 20 Ultra also offers a boosted 12GB RAM, an obvious upgrade over the Note 20’s 8GB of memory, along with a larger 512GB internal storage option. The Ultra’s rear camera module is also superior to that of the standard Note 20, with a 108-megapixel wide sensor, stronger zoom capabilities, and more advanced light-capturing and autofocus features. These enhancements, along with the improved display, account for its higher cost. The Galaxy Note 20 Ultra is clearly the higher-end choice between the two, launching with a price tag of $1,300.

These are the best cheap Samsung Galaxy Note 20 deals for January 2021 originally appeared on DigitalTrends.com 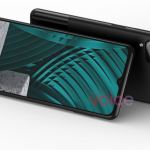 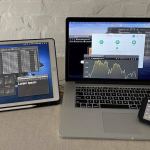