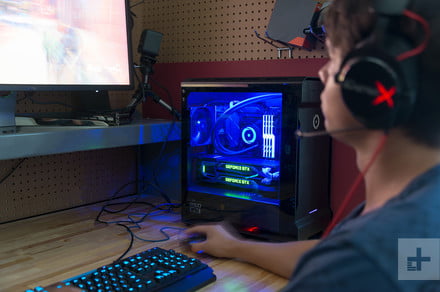 When you hear the word “computer” you probably imagine a modern laptop, but as common as those portable PCs are in today’s fast-paced digital world, the classic desktop PC is still going strong. That’s especially true in the world of gaming, as any true PC gamer will tell you that no laptop can stand against a proper desktop tower and full-sized monitor (or even multiple monitors) when it comes to fully immersing yourself in a virtual world.

You can often save some money by building your own gaming desktop, but that’s not always worth the hassle. Depending on your needs and budget, a better option might be to score a good pre-built gaming computer, and below, we’ve smoked out the best cheap gaming PC deals you can score online right now that will have you saving money and enjoying the latest games in no time.

Years ago, you’d be hard-pressed to find any sort of gaming-capable rig for less than $600 owing to the cost of discrete graphics cards. This desktop PC from iBuyPower features an Intel Core i3-9100F CPU along with an Nvidia GeForce GT 710, a budget-friendly GPU that allows for some gaming. Don’t expect to run the latest AAA games at high settings, but it’ll get the job done for those with modest needs.

Along with the i3 CPU and GT 710, this desktop PC comes with a boosted 8GB of DDR4 RAM and a 128GB SSD paired with a 1TB hard drive — and like most of our other picks, it comes with a wired mouse and keyboard. This cheap gaming PC can be yours for just $500.

AMD’s Radeon RX 500-series graphics cards are still one of the best entry points for getting into 1080p gaming at 60 frames per second for modern games, and this CyberPowerPC desktop is a cost-affordable (not to mention very attractive) way to do it. This tower features a Radeon RX 570, which is still one of the most cost-effective 1080p-capable GPUs. That graphics card works with an AMD Ryzen 3 2300X CPU and 8GB of DDR4 RAM to deliver great overall performance for work or play.

For storage, you’ve got a fast 240GB paired with a big 1TB HDD (giving you more space than what you usually find on cheap gaming PCs), and like most of our other picks, this CyberPowerPC desktop includes a mouse and keyboard. All you need is a display and an audio source and you’re ready to game. You can grab this high-value gaming PC bundle for a mere $600.

HP is best known for its business laptops and desktops, but it makes some surprisingly solid (and budget-friendly) gaming PCs as well. This HP pavilion runs on an AMD Ryzen 5 3500 CPU paired with an Nvidia GeForce GTX 1650 graphics card which, while not mind-blowing specs, are very impressive for a cheap gaming PC at this price point. For memory, you’ve got 8GB of RAM (which can be upgraded if need be) along with a 1TB HDD for storage.

The HP Pavilion desktop tower rings in at just $700 right now after a nice $100 discount, and it’s one of the best pre-built gaming PC with a dedicated GPU that you’ll find for around this price at the moment. And, like most of our other picks, it also comes bundled with a mouse and keyboard.

HP builds many well-priced gaming computers for a normally business-focused brand, and the new Omen 25L doesn’t disappoint. It packs an AMD Ryzen 5 CPU and an AMD Radeon RX 5500 GPU with 4GB VRAM, which is easily one of the best processor/graphics card combos for 1080p gaming at 60fps in 2020. It comes with 256GB of high-speed solid-state storage as well.

The HP Omen 25L tower’s striking case design looks nice on any desk without appearing too garish, and it’s customizable and upgradeable like most desktop towers. At $800 after a $100 discount, this is a very solid enthusiast gaming PC with some nice future-proofing (although you’ll want to consider upgrading the 8GB of RAM in the future).

Tip-toeing up to the $1,000 budget limit brings us to the AMD Radeon RX 5000-series graphics cards, which is definitely in the range of higher-end GPUs you should be looking for if you’re paying more than $900. The Gamer Master gaming desktop from CyberPowerPC checks all the boxes: An AMD Ryzen 5 3600 six-core CPU, a boosted 16GB of RAM, and a beefy Radeon RX 5600XT GPU (with an impressive 6GB of VRAM) are capable of handling 1080p gaming or even 1440p, so if Full HD isn’t enough for you in 2020, this PC is a worthy upgrade over our other picks.

A 500GB SSD and 1TB HDD gives you plenty of combined storage as well. For thermals, you’ve got RGB-lit front and rear intake/exhaust fans which should keep things running cool. The CyberPowerPC Gamer Master gaming PC rings in at $950 (including a wired mouse and keyboard), fitting right into our budget.

Best Buy always has some particularly nice gaming desktops for budget-conscious shoppers, and this Skytech Shadow tower offers a lot of bang for the buck: It’s got an AMD Ryzen 5 3600 CPU, 16GB DDR4 RAM, and most impressively, an Nvidia GeForce RTX 2060 GPU which is easily the best entry-level “high-end” graphics card on the market right now that will allow you to game at 1080p or even 1440p if you have a monitor for it (and that boosted 16GB of memory means you won’t have to upgrade the RAM too soon).

You’ve also got a nice beefy 500GB solid-state system drive. A wired mouse and keyboard are included as well, although you might consider upgrading to a mechanical keyboard and gaming mouse to get the best experience out of a gaming PC at this price point. The Skytech Shadow gaming desktop rings in at exactly $1,000, hitting our budget limit right on the mark.

How To Choose A Cheap Gaming PC

As with any big purchase, make sure you know exactly what you want when buying a gaming computer. It’s not a bad idea to write down a checklist. It’s also important when looking specifically at cheap gaming PCs (i.e. those coming in at less than $1,000) to have realistic expectations — you’re not going to get multi-monitor 4K gaming at this price point. That said, it’s easy to achieve great results with 1080p/60fps gaming at high settings even for modern releases, and even for 1440p gaming when you move towards the upper end of our $1,000 price limit.

If playing at 1080p/60fps on one or two monitors is good enough, then you won’t have a hard time finding a good cheap gaming PC to meet your needs. If your demands are a bit higher, though, then expect to have to shop around a bit for the right deal. Also, be sure to bring yourself up to speed with the latest hardware — don’t just jump on the first attractive deal you find that meets your budget only to end up with a last-gen GPU that will feel long in the tooth in 2020. Know what you want and what to expect from a cheap gaming PC that’s within your set budget and you won’t be disappointed, and for a more detailed breakdown of the sort of hardware you should look for, read on.

The short answer is that a good price-to-performance ratio is what makes a cheap gaming PC “good,” and the good news here is that desktop computers already provide this sort of value by their very nature — it’s simply easier to fit all that beefy hardware into a desktop tower, whereas the scaled-down components of laptops (not to mention their built-in displays and keyboards) make those mobile PCs more expensive. That said, it’s still important to make sure you’re getting the most bang for your buck if you’re buying a pre-assembled desktop computer, as some are built better than others.

The three main hardware components that drive performance are the CPU, GPU (or graphics card), and RAM. Our recommendations: For your CPU, stick with a 9th- or 10th-gen Intel Core or one of the newer AMD Ryzen (sometimes called “Zen”) processors. For RAM, a minimum of 8GB is recommended for all but the cheapest gaming PCs, an 16GB is even better — but remember you can almost always add more RAM and this is one of the easiest (if not the easiest) components to. GPUs are arguably the heart of a gaming computer; modern models include AMD’s Radeon 500 and 5000 series as well as Nvidia’s GTX 16- and RTX 20- series GPUs.

Nvidia replaced their older 10-series GPUs last year, but there are still cheap gaming PCs floating around with these cards. Our advice: Avoid them unless your needs are modest and you can snag one for a seriously good deal. Even the entry-level 16-series Nvidia cards are faster and are ideal for 1080p gaming. For 1440p gaming, you’ll be better served with one of the 20-series cards such as the GTX 2060 or 2070. If anything bottlenecks your gaming PC’s performance, it will be an underpowered GPU, so this is the one component you don’t want to skimp on. One final thing to consider is upgradeability: If you plan to keep your chosen PC tower for a while, look at what sort of case and motherboard it’s using to determine if you can easily add and swap parts in the future. Some desktop PCs from brands like HP use proprietary components which will limit what parts you can add and can be costly to replace.

It’s safe to say that running modern video games at good settings is generally a much more demanding job than most work tasks you’d normally need a computer for, so any gaming computer — even a cheap gaming PC — will be as well-suited for work and study as it is for play. The faster processors and high-speed RAM will make short work of simple tasks like web browsing, word processing, making spreadsheets, and so on, and the discrete GPU is also nice to have for graphical tasks such as video rendering. Another advantage of a desktop PC, particularly one with a graphics card, is the option to create a multi-monitor setup that can increase your productivity (and even a single monitor will still give you more screen real estate than a laptop display).

These are the best cheap gaming PC deals for June 2020 originally appeared on DigitalTrends.com 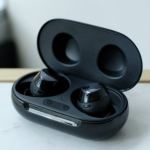 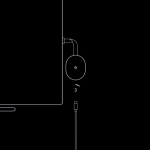