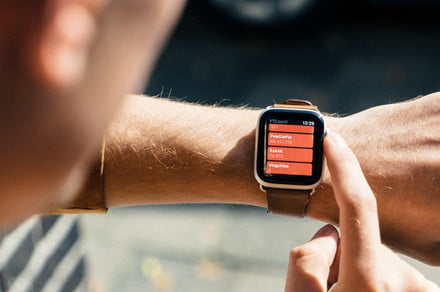 If you’re a huge Apple fan, then there’s no question: The best wearable to pair with that iPhone in your pocket is the Apple Watch. But, like anything that’s emblazoned with the fruit-named company’s trademark logo, they don’t come cheap. Fortunately, we’re on hand to help: We’ve hunted down and rounded up all of the best Apple Watch deals available right now, so you can put one of these sought-after smartwatches on your wrist without having to remortgage your house to cover the cost.

Given the unprecedented success of the original Apple Watch, it’s not really a shock to see that the company has kept its popular smart wearable updated each year to keep its enormous lead over the lagging competition. Throughout 2019, we saw the release of a whole bunch of new iOS gadgets, and Apple also revealed the fifth series (which is, somewhat confusingly, actually a sixth-gen refresh) of the Apple Watch at its annual end-of-summer launch event this past September.

Although the new iPhone 11 was the biggest start of that Apple showing, smartwatch fans were understandably excited to see the awesome new Apple Watch Series 5 — even if it’s only because the rollout of new devices means you can expect price cuts on last-gen models like the Series 3 and Series 4 (which are still pretty awesome). If you have to have the best and most bleeding-edge tech, though, then the Series 5 is the Apple Watch for you. And although it’s a relatively new release, you can still find some deals if you poke around for them.

The fourth series of the Apple Watch is still available for purchase with plenty of sweet deals to be found, and the internet is always abuzz with news about the latest and greatest tech. Our own in-house Apple enthusiasts have already spent lots of time with the Apple Watch Series 4 and have lots of great things to say about it, but here’s a quick run-down to get you up to speed:

The Apple Watch Series 4 runs on WatchOS 5 firmware, which features improved fitness- and health-tracking options, a walkie-talkie function, and a podcast app. Both the 44mm and 40mm Apple Watch Series 4 also have an increased screen resolution compared to the Series 3, and the fourth-gen wearable runs on an upgraded Apple S4 chip. The Apple Watch 4 is available from most online retailers, so if you see a Series 4 in your future, the recent release of the new Series 5 makes today the perfect time to snatch one up at a discount.

The cheapest version of the iOS watch (that you can still easily find new, that is) is the Apple Watch Series 3, which just so happens to pair very nicely with the iPhone X. Released in 2017, the third-gen Apple Watch 3 runs on the newer S3 chip, which is 70% faster than the S2 and S1P that was inside previous models. The new Apple Watch Series 3 GPS system also works great, and a built-in barometric altimeter adds to the already extensive suite of Apple Watch fitness-tracking functions — with everything supported by fantastic battery life. With a heart rate monitor and a myriad of different apps, this watch also doubles as a superb fitness-tracking device that’s comparable or even superior to any Fitbit.

Aside from its variety of different case and wrist strap options, the Series 3 is available in two basic configurations: the standard watch version and one which is capable of cellular network connectivity. This LTE functionality essentially lets you turn your smartwatch into a mini smartphone or iPhone, allowing you to send and receive calls and texts right from your wrist with no synced iPhone needed. The cellular LTE model comes with a boosted 16GB of storage as well. There’s also a whole host of Apple Watch Sport Bands from Nike, stylish leather and metal straps, and other accessories out there that you won’t find at any Apple Store, like the Fog Sport Band, Pink Sand Sport Band, Sport Loop Band, and more.

It used to start at $329 for the non-cellular model and at $399 for the LTE-equipped cellular version, but you can find the Apple Watch Series 3 for much less today, making it easily the best iOS smartwatch for budget-minded Apple fans. They come in Space Gray, Rose Gold, and White, but bear in mind that sometimes the cheapest ones are only available in one color.

These are the best cheap Apple Watch deals for June 2020 originally appeared on DigitalTrends.com 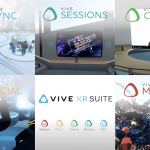 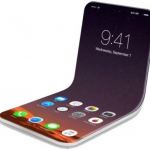