After months of beta testing, the final release of Android 11 is here. This latest version of Google’s operating system features quite a few exciting features for users. Here are the features you should care about.

When Will My Phone Get Android 11?

Google has already begun pushing Android 11 to Pixel smartphones. All Pixel devices starting from the Pixel 2 can download the over the air update right now. Go to Settings > System > Advanced > System Update and tap “Check for Update” to begin the upgrade process.

In addition to the stable release for Pixel phones, several select devices from ASUS, OnePlus, Xiaomi, OPPO, Realme, and Samsung can try the Android 11 Beta. You can check XDA-Developer’s website for more information.

The stable release of Android 11 will likely hit newer high-end phones from Samsung and OnePlus first. You should expect the roll-out of Android 11 to take up to a year or longer, depending on the handset manufacturer.

Messaging is one of the most common things people do with their smartphones, and Android 11 makes it easier to keep track of these apps. Notifications from messaging apps can appear in a new “Conversations” section in the notification shade.

Android tries to identify which apps should be included in the “Conversations” section, but it’s not perfect. At the time of writing, only a few apps, including Google’s Messages app and Facebook Messenger, appear in this section.

There’s also no way to manually add an app to the “Conversations” section, but you can remove them.

Back in 2013, Facebook Messenger introduced a feature called “Chat Heads.” Messages would appear as floating bubbles on the sides of the screen. These bubbles could expand and allow you to view and respond to a conversation on top of whatever is on your screen.

Android 11 brings this same functionality to the system level. Any app can now enable chat heads-like “Bubbles.” You can turn a conversation into a “Bubble” from individual app notifications, which will keep it on top of other on-screen elements at all times.

Not all messaging apps will have this feature, but it’s easier for third-party developers to support it now.

Android 11 includes revamped media controls, which now resides within the Quick Settings menu instead of the notification section.

Swiping down once reveals compact media controls, and swiping down again expands the interface. If you have multiple apps playing media, whether it’s music or casting a video, you can swipe between the media controls.

With supported apps, you can also quickly change where the media is playing. Tapping the Google Cast icon or the location that the audio is playing on will bring up a list of devices that you switch playback to. You can easily change the player without even opening the app.

One of the most significant changes in Android 11 can be found in the power menu. This is a place where you don’t typically spend a lot of time, but now Android is putting it to good use.

Long-pressing the power button will open up the new power menu. Here, you can now add shortcuts and quick switches to control your smart home devices from any app on your phone that supports the feature.

For example, the Google Home app currently supports the feature. Any smart home devices that you’ve added to Google Home can be put in the power menu. The shortcut drastically reduces the time it takes to turn on or off smart devices and view Nest security cameras.

The power menu also now shows credit and debit cards you’ve added to Google Pay. It’s unclear if this menu must be open to use NFC payments or if you still only need to unlock the device.

Recording your screen is something that has required third-party apps for a long time. Finally, in Android 11, there is a built-in screen recorder.

Screen recordings can be very useful for showing someone how to do something or recording a bug that you’d like to report. It’s a small thing, but handy when you need it.

Even Better Permission Restrictions for Apps

Privacy is a big deal, and Google is always adding tools to help protect your personal data. Android 10 added a few important permissions options, and now Android 11 is building on that.

In addition to Android 10’s “Allow only while using the app” for location access, you now can allow permission “Only This Time.” The new setting means you can allow the app to access your location, camera, or microphone one time only. The next time it wants to use those sensors, it will ask again.

The Android 11 Easter Egg is a throwback to Android 7.0 Nougat. You can get to the Easter Egg by going to Settings > About phone > Android version and then tapping on “Android Version” quickly until the below graphic appears.

The first part of the Easter Egg is a volume dial that stops at 10. If you take the dial from 1 to 10 three times, on the third attempt, it will go past 10 and reveal the “11” logo.

The second part of the Easter Egg is where Android Nougat comes into play. Nougat included an elaborate cat-collecting game as the Easter Egg. When you take the dial to 11, you’ll see a toast notification with a cat emoji at the bottom of your screen. This begins your cat collecting journey.

The next step in the game is to attract cats. This takes place in Android 11’s redesigned power menu.

Long-press your phone’s power button and then tap on the three-dots above the smart home controls section. From the menu that pops up, select “Add Controls.” Here, tap the “See Other Apps” option found near the bottom of the page. You can now add “Cat Controls,” which will add shortcuts to water, feed, and play with the cats.

Tap the shortcuts to fill the water bubbler and food bowl and play with a toy. After a while, a cat will appear in the notifications, and you can tap it to add to your collection. It’s a fun little game to play when you’re bored. 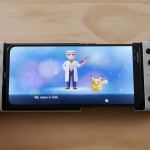 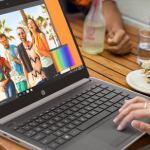