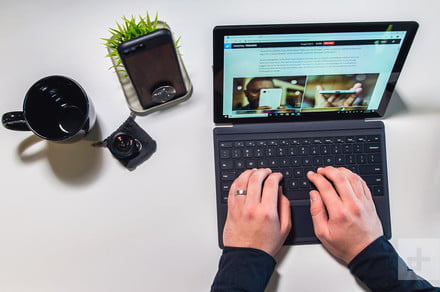 It may be the name behind the famous Windows operating system, but it was some time before Microsoft actually started making its own Windows PCs. That changed with the unveiling of the Surface Pro line: These sleek tablets quickly became one of our favorites, especially when paired with a keyboard that turn these devices into one of the best 2-in-1 laptops that money can buy.

The Surface Pro series has proven so successful that Microsoft released two new models this year — the Surface Pro 7 flagship and the slimmed-down Surface Pro X — and summer sales make now the perfect time to find bargains on both current- and last-gen Surface devices. We’ve got ’em all right here in one handy list, where we’ve rounded up the best Microsoft Surface Pro deals and bundles available online at the moment.

We chose the sixth-gen Microsoft Surface Pro as the best 2-in-1 that money can buy when it rolled out in October of last year, and although the newer Pro 7 and Pro X are a bit more fresh, the Surface Pro 6 is still a fantastic device in 2020. In fact, in the wake of the Pro 7 and Pro X releases, the Microsoft Surface Pro 6 is an incredible value now and could be considered the best 2-in-1 if your main priority is price-versus-performance.

Given that it’s just over a year old, the Microsoft Surface Pro 6 is hardly what anyone would call dated: It packs eighth-generation Intel Core i5 and i7 processors, 8 or 16GB of RAM, and 128GB to 1TB of solid-state storage. The 12.3-inch PixelSense touchscreens are absolutely superb, and for a tablet-like 2-in-1, the Surface Pro 6 boasts excellent build quality for everyday use without worry. And, like other Surface Pro devices, you can easily pair it with a Type Cover keyboard to transform your Surface into a super-slim featherweight laptop.

This fall we saw the release of the updated seventh iteration of the Microsoft Surface Pro along with the innovative Surface Pro X. For this refresh, Microsoft continued its conservative approach and decided not to tinker too much with a winning formula. It was a good strategy: The Microsoft Surface Pro 7 has everything we love about the Pro 6 with some subtle improvements like a ninth-gen Ice Lake Intel Core CPU and the welcome addition of a high-speed USB-C port.

Along with those relatively minor (but very nice) upgrades, the Microsoft Surface Pro 7 still boasts that beautiful 3:2 PixelSense touchscreen and great build quality, and it also works beautifully with a Type Cover keyboard for pulling double duty as a 2-in-1 ultrabook laptop. One of our few gripes is that it still doesn’t come bundled with that keyboard cover, but Surface Pro deals and ongoing New Year’s sales should help to alleviate that.

Microsoft revealed two new Surface devices this year, launching the all-new Surface Pro X alongside the Surface Pro 7 refresh in late October and early November. The Pro 7 was just a small update of the mainline Surface Pro series, but the Microsoft Surface Pro X delivered the long-needed facelift that we’ve been waiting for: Most notably, Microsoft finally cut down those chunky bezels surrounding the display, which was one of our few persistent complaints with the regular Surface Pro models (including the newest Pro 7).

It’s not quite as fast as the Surface Pro 7 in terms of specs, but the main trade-off here is that the Microsoft Surface Pro X is thinner and lighter. In fact, it’s the slimmest Surface yet at just 0.2 inches, and those leaner bezels allow for more screen real estate with a larger 13-inch 1920p PixelSense touchscreen (for an extra 0.7 inches). The Surface Pro X is the complete package, but it’s also the most expensive new member of the Surface family, so savvy shoppers would be wise to hunt around for the numerous deals during seasonal sale events.

This Surface Pro represents the fifth generation of Microsoft’s 2-in-1 and the oldest one that you can still easily find new, although it doesn’t officially bear a numbered “Surface Pro 5” moniker. Our review team stated that the fifth-gen Microsoft Surface Pro was the best 2-in-1 available at the time of its release in 2017 (it has since been succeeded by the newer models, naturally), but if you want what might be the cheapest Surface Pro you can buy new in 2020, it’s a great high-value pick.

Like the newer Pro devices, the 2017 Microsoft Surface Pro comes with a fantastic 12.3-inch touchscreen display, sturdy construction quality, and generous all-day battery life. It also syncs wonderfully with the Type Cover keyboard, although you’re still going to have to buy that add-on separately. The Surface Pro 6 may still be our top pick for someone looking for an older model, but deals on “new old stock” units make the fifth-generation Surface Pro worth it for shoppers on a tighter budget.

If we’ve whetted your appetite for these 2-in-1s but, for various reasons, you don’t want to dump a huge wad of cash for one of the Surface Pro models, then the Microsoft Surface Go is definitely worth a look. The 10-inch Surface Go is a more budget-minded alternative to the high-end Surface Pro lineup, packing a smaller display, simpler hardware, and Windows 10S (a pared-down version of the Windows 10 OS). We’re not going to claim it’s the best Surface that money can buy — it’s not — but for around 400 bucks, it’s very, very hard to look this cheap gift horse in the mouth.

The Surface Go is a great option for anyone looking for something a bit smaller than a Surface Pro or for shoppers who want something affordable (be it as a secondary 2-in-1 for travel or a device for basic web browsing and streaming), and the above Microsoft Surface deals make it even sweeter. Microsoft recently released the second-gen Surface Go, and while our review team felt that it’s a bit too pricey at the moment, it’s another option to consider if you want some hardware upgrades and can find a good deal. 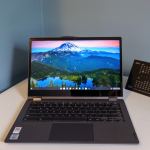 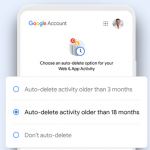