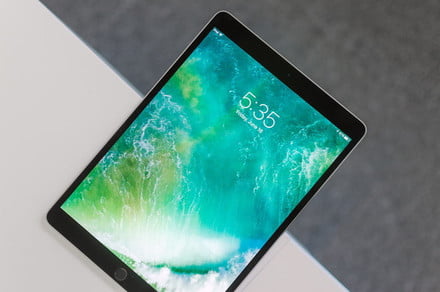 Tablets from leading brand manufacturers continue to offer more power without sacrificing mobility. Tablets are valuable productivity tools for working from home, reading, or entertainment. Tablet users demonstrate year after year that they stick with their mobile workhorses even when Smartphones add powerful features and get most of the news coverage. Tablets are much less cumbersome than laptops to carry. The iPad lineup, the class-leading example, is as good as ever and relatively affordable for Apple products. If iPadOS isn’t your thing, however, you have several alternatives to choose from. Samsung continues to refine the Galaxy Tab line. Amazon’s high-value Fire tablets are a solid choice for tablet buyers, especially Prime members, and avid e-book readers. Pixel Slate 2-in-1 tablets bring near laptop performance to the tablet form factor.

No matter which type of tablet you prefer — or if you don’t have a favorite yet and need some help making that decision — we’re here to lend a hand. We’ve rounded up the best tablet deals available online right now. You can also read our quick and handy buying guide below to find the perfect device for your needs and budget. Tablet prices change often, so check back regularly.

“iPad” has become almost a generic term for “tablet,” a testament to the massive enduring popularity of these Apple devices. That’s no surprise, given that Apple is the company that pretty much put tablets on the map when it rolled out its first iPad almost a decade ago (2020 will mark the 10th anniversary of the original model). Part of this popularity is also due to their value: With the exception of the iPad Pro, iPads are not as pricey as things like iPhones and MacBooks when compared to the competition.

The standard iPad (now in its seventh generation) is remarkably affordable and remains our most recommended tablet for most people. The sixth-gen iPad has been going for $250 pretty much all year, and the new 2019 refresh even dropped that low during Black Friday and Cyber Monday. However, don’t overlook the excellent new iPad Air, which gives the more expensive iPad Pro a serious run for its money, as well as the iPad Mini, which is a tremendous super-portable tablet if you don’t mind sacrificing screen real estate.

The iPad Pro, of course, is the most high-end model in Apple’s tablet stable. It’s expensive, but there’s no denying that it’s Apple’s best tablet, so you’ll have to decide for yourself if the extra juice is worth the squeeze. Be sure to read through our iPad buying guide for a more in-depth breakdown of what models are available to you before combing through the above tablet deals.

There are several Android tablet brands on the market today, but as with Android smartphones, Samsung is the biggest name on the playing field. Its Galaxy Tab devices represent the best Android tablets that money can buy in 2019, and like the iPad line, these devices cover a wide range of price points and features.

The Galaxy Tab S-series bears a similar moniker to the Galaxy S phones and occupies much the same space in Samsung’s product line as the company’s flagship tablets. The current-gen Galaxy Tab S6 is great, but it’s also the most expensive Tab model (typically priced somewhere in-between the iPad Pro and iPad Air). Nonetheless, if you’re looking for an Android tablet to pair with a keyboard, the Tab S6 is perfect.

If you’re looking for a more value-priced option, though, then the Galaxy Tab S5e is a great alternative and another one of our favorites. Samsung makes some even cheaper ones as well, such as the Galaxy Tab A — but if you’re looking for a genuinely budget-minded tablet, then you might want to consider opting for one of Amazon’s Fire devices instead.

Amazon’s Fire tablets (formerly part of the Kindle line, although they no longer bear that moniker) have come a long way in recent years. We weren’t die-hard fans of them originally, but for the price, they are are hard to beat today. That’s especially true for Prime members who want to take advantage of everything that their Prime subscription offers, such as Prime Video, Prime Music, Audible audiobooks, free e-books and magazines, and the myriad of other stuff Amazon gives its premium customers.

And of course, since they’re tablets, the Fire devices also put a myriad of apps, games, and other software at your fingertips. Did we mention they’re cheap? The seven-inch Fire 7 starts at just $50, the eight-inch Fire HD 8 (with high-definition display) at $80, and the new Fire HD 10 at $150 — and no, those aren’t just sale prices. Even if the currently available tablet deals don’t feature any discounts on Fire devices at the moment, these are still great buys at their regular prices, but be sure to check back often as Amazon marks these down from time to time. We’ll be updating these deals regularly. 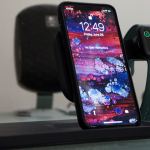 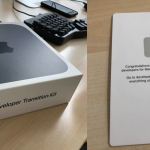