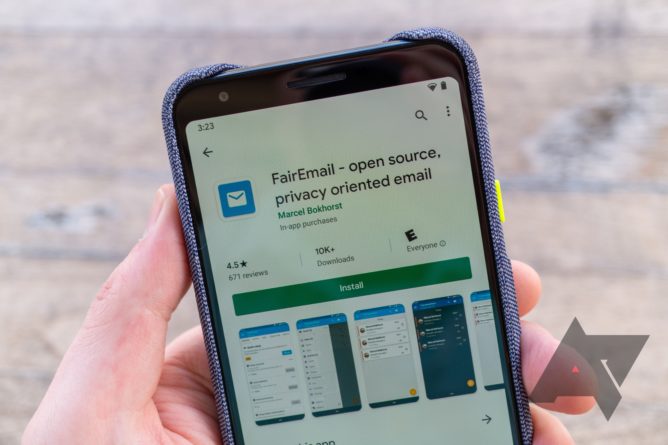 There are a lot of reasons you might want to use an open source alternative to an app like Gmail. Privacy, security, and supporting open source development top the list, but the simple fact is that an app like Gmail, at the end of the day, needs to generate revenue for Google in order for the service to worth providing. It also has to serve a hugely diverse user base with tons of needs and expectations about email you may not have, where a simpler, more stripped down email experience would do just as well. Here are a few Gmail alternatives for Android that are totally free and open source.

Why does open-source matter?

Free and open-source software (FOSS) has a number of advantages, but to most people, the main benefit is privacy. All the code is out in the open, so anyone with programming knowledge can go through it and see exactly what an app is doing. Proprietary apps can sometimes feel like black boxes, where you don’t really know what’s going on behind the scenes. That’s rarely the case with FOSS.

I say ‘almost,’ because there’s technically nothing stopping open-source apps from spying on you, but that behavior is extremely rare. If a developer is doing something they’re not supposed to be, like spying on users or bundling malware, they probably wouldn’t announce it to the world.

Many people simply prefer open-source apps out of principle, in the same way that some people prefer shopping at locally-owned stores instead of Walmart or Target. These apps are often created by individuals or small groups in their spare time, as opposed to large companies with income generated from advertising or venture capital.

All of these apps are simply clients for external email services, like Gmail and Outlook, so you won’t improve your privacy by simply using one of these apps instead of Gmail for Android. However, these apps do offer features like email tracking blockers, and they may work on devices without Google Play Services.

FairMail is a newer email app, as it first arrived on the Play Store earlier this year. Created by Marcel Bokhorst, the developer of NetGuard firewall, it’s a fairly powerful email application. It supports unlimited synced accounts, a unified inbox, conversation threading, and more. It even works similarly to Gmail, with a swipe to the left archiving a message. 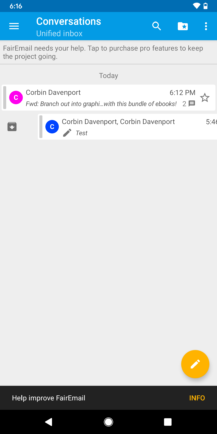 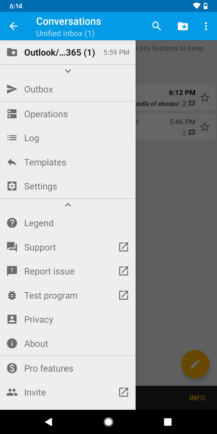 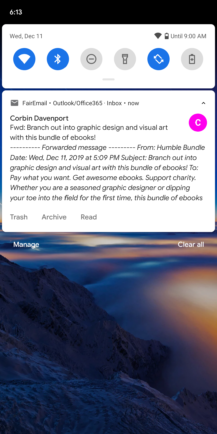 There are a few nice privacy features in FairEmail work pointing out. By default, messages are opened in a ‘safe view,’ which removes scripts, external images, and other elements that could potentially be used to track you. For example, services that track if you opened a particular message won’t work with safe view on. FairEmail also supports OpenPGP signing, and doesn’t have any built-in advertisements or analytics.

If you end up liking FairMail, there is an optional Pro version you can unlock for a $5.99 in-app purchase. Pro gives you advanced notification settings, snoozing, scheduled sending, reply templates, biometric support, a unified inbox home screen widget, and a lot more. Honestly, $6 is a steal for everything included. 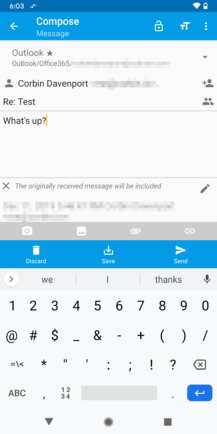 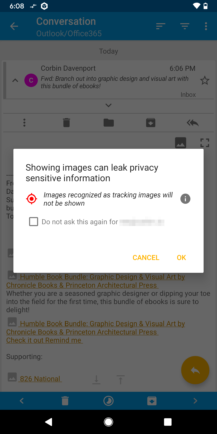 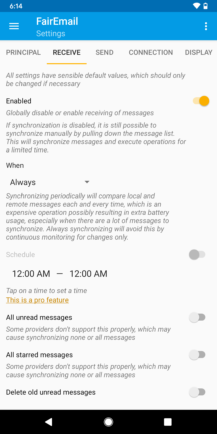 The only downside to FairMail is that it adds a persistent notification for syncing, but you can simply mute the ‘Service’ notification channel in the Android settings to hide it, and it will continue to work (or at least, it worked for me). Also, Exchange servers aren’t supported, only IMAP and POP3. 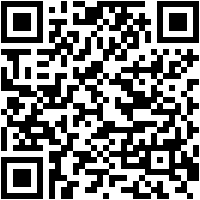 K-9 Mail is the classic open-source email app for Android. Although there hasn’t been a major update in a while, it’s still the top choice for many people, especially since it supports Microsoft Exchange servers (2003/2007 with WebDAV). K-9 Mail also serves as the base for many other email apps. 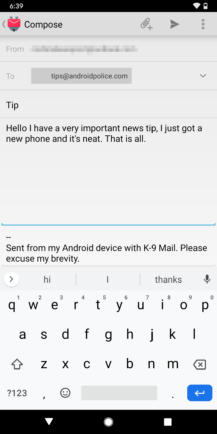 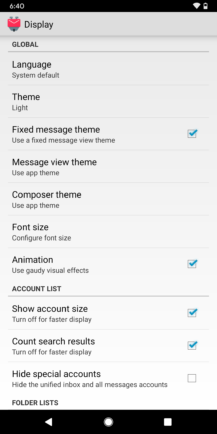 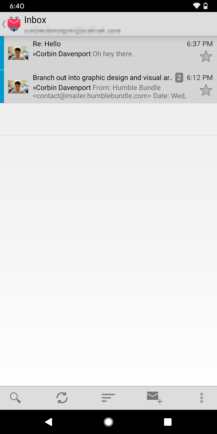 K-9 Mail has all the features you would expect in a mail application, like support for multiple accounts, a search function, multi-folder sync, flagging, signatures, OpenPGP encryption, and more. The interface leaves a lot to be desired — I haven’t seen a Holo app in a long time — but it’s functional. In fairness, version 5.0 is in development right now with an overhauled UI.

Unless you need something that is only offered by K-9 Mail, I would probably go with FairMail instead, since that app has a more modern design. It’s always nice to have more options, though. 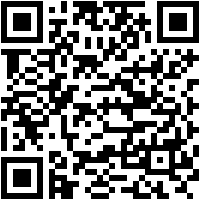 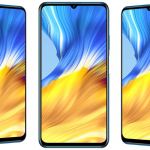 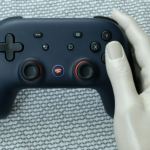