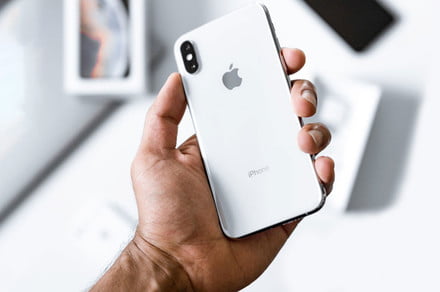 Since kicking off the smartphone revolution in 2007, Apple’s iPhone has become (and remains) the world’s single most popular mobile device. Yet pretty much everybody, even those who favor Android devices, knows that iPhones don’t typically come cheap — the latest flagships retail for around $1,000 or even more, so it behooves any tech-savvy bargain-hunter to take the time to hunt down one of the many iPhone deals that are always floating around.

And iPhone deals are what we’ve got: Below, we’ve compiled a handy up-to-date list of the best Apple iPhone deals and discounts available online right now on both current-gen flagships and last-gen models that can save you hundreds on a new iOS handset (meaning you’ll have cash left over to spend on an iPad, MacBook, or Apple Watch if your search has left you hungry for some other Apple gadgets).

The iPhone 6 was one of the most popular phones ever made (as well as one of our all-time favorites), so it’s no surprise to find it still on the market today despite being released in 2014 — a year that feels like a long time ago in the high-speed world of iPhone release cycles. Its 2015 successor, the fantastic iPhone 6S, also proved immensely successful with record-breaking launch sales. This iPhone was a huge advancement after the iPhone 5 and iPhone 4, making it a revolutionary piece of technology that is still relevant today.

Like the iPhone 7, the iPhone 6 and 6S remain highly capable smartphones, and the company is still pumping them out as long as people are willing to buy them. In fact, the iPhone 6’s enduring popularity led to it being quietly reintroduced to the market in 2017 after being temporarily discontinued and excluded from online iOS retailers (something that did not escape the notice of its many fans).

The standard iPhone 6 runs on a 1.4 GHz dual-core 64-bit CPU, a quad-core PowerVR GPU, and 1GB of RAM. The 6S boasts improved specs with a 1.85GHz dual-core processor and an upgraded 2GB of RAM. Both of these phones started at the usual $649 retailer price upon their release but are now much, much cheaper, and these iPhone 6 and iPhone 6S discounts unlock even more savings. If you’re looking for an iPhone with a solid battery life that you won’t need to make monthly payments on or sign a contract for, this phone is for you.

If you’re not fussy about having the latest bleeding-edge gadgets, preferring instead to have something established and reliable (not to mention considerably cheaper), then last-generation devices like the iPhone 7  or iPhone 7 Plus offer the perfect way to score some still-great brand-new tech at deep discounts and leave your wallet in good condition.

This particular iPhone may not be the hottest phone anymore following the rollout of newer models like the iPhone X and iPhone 11, but it’s no slouch. A 2.34 GHz dual-core CPU, hexa-core 7XT GT7600 Plus graphics processor, and 2GB to 3GB of RAM (2GB for the iPhone 7 and 3GB for the 7 Plus) combine to deliver great performance alongside the famous reliability, user-friendly software, and broad app support that the company is known for.

Prices for the iPhone 7 started at $649 at its launch, and given that it’s more than three years old, now is the time to grab one (or the sized-up iPhone 7 Plus) for super cheap.

Two years ago, we saw the launch of not one but two new flagship mobile devices from the fruit-themed tech giant when the iPhone 8 and iPhone 8 Plus dropped alongside the iPhone X as the traditional successor to the previous iPhone.

Under the hood, the iPhone 8 isn’t radically different than the X. It boasts the same 2.39 hexa-core processor, although the standard wireless iPhone 8 only utilizes 2GB of RAM compared to the X’s 3GB (the larger iPhone 8 Plus features the full 3GB). It also performs similarly to the iPhone X when it comes to its excellent camera and speedy wireless charging, akin to a newer Galaxy phone. Since the battery life is also more or less the same, the main difference between the iPhone 8 and the iPhone X is screen size and a touch screen home button, but you can still get both in that classic Space Gray color you know and love.

Although its more traditional design isn’t as groundbreaking as iPhones of the past, the iPhone 8 still delivers the solid build quality and performance we’ve come to expect. Plus with a starting retail price of $699 for this iPhone and a $799 price tag for the iPhone 8 Plus, it’s not quite as pricey as the X. If you’re looking for a great phone but don’t feel like making monthly payments to upgrade to the newest model, you can save some cash with ongoing iPhone 8 deals and GSM carrier sales.

Speaking of fashionable tech, the high-end iPhone X turned heads (and caused more than its share of sticker shock) when the new line was announced in fall 2017. Marketed as something of a luxury item yet conspicuously lacking a 3.5mm headphone jack, the iPhone X perhaps uniquely represents the reason behind the “love it or hate it” attitudes that Apple inspires among the masses. But with an improved battery, iOS 11, a slo-mo camera, Face ID, and wireless connectivity for AirPods, it’s still one of the best iPhones you can buy right now.

And despite the iPhone X’s high initial cost, it’s a great piece of technology with an incredible edge-to-edge OLED touch display, a fantastic front camera, and lightning-fast speed thanks to its snappy 2.39 GHz hexa-core processor and 3GB of RAM. It also features wireless charging capability, finally bringing the iPhones up to speed with their Android competitors such as the Samsung Galaxy S8 and HTC. With all of that screen space for your iPhone apps to fit in, the X is something to behold — though you may need to get a new pair of compatible wireless headphones.

The iPhone X is a high-end phone with a price tag to match. It retailed for an upfront cost of $999 upon its pre-order launch, which made it the most expensive new iPhone yet, but don’t worry: Ongoing iPhone discounts can save you a nice chunk of change on the iPhone X you’ve been dreaming of, and you can usually trade-in your old phone to score an even better deal. If you buy directly from Apple’s site, you can even find some great finance plans to lower your monthly cost.

The iPhone XS and XS Max were Apple’s flagships for 2018, and honestly, not much changed between the X and the XS. The launch price was still right around $1,000, too. If you’re looking to buy the latest tech from Apple, you can grab an 11 Pro or 11 Pro Max right now, but deals on newer stuff are always few and far between; since the iPhone XS and XS Max are a year old now, today’s not a bad time to start hunting for deals on these.

The iPhone XS launched with a sticker price of $999, but Apple also rolled out a more budget-friendly alternative in the iPhone XR which retailed for $749. The XS Max, for its part, might just be the best plus-sized phone the company has ever released. You won’t find huge price cuts on these models like you will for older ones like the iPhone 6 or 7, but they’re out there if you know where to look. We’ve been scouring the web for the latest discounts, and we will be continually updating this page as the savings continue to roll in. Make sure to check back weekly for some of the best iPhone XS and iPhone XR deals for the start of 2020.

The new iPhone 11 Pro brings another generation of improvements across the board, from increased battery life to a crisper, more vivid screen, and, of course, more raw horsepower from the onboard processor. In particular, Apple focused on the new camera module, bringing a three-camera setup that delivers snappy autofocus, great depth of field, and an incredible level of image fidelity. This system also offers new shooting modes thanks to its wide-angle lens (something that was curiously absent from the new Google Pixel 4).

The different models of the iPhone 11 feature varying screen sizes and building materials, and the numbering scheme can be a little confusing (although it’s arguably more consistent than previous releases): The iPhone 11 is the more budget-friendly alternative to the Pro models, sporting a 6.1-inch Liquid Retina HD display with a 1,792 x 828 resolution, while the 11 Pro has a 5.8-inch Super Retina XDR touchscreen at 2,436 x 1,125 pixels. Meanwhile, the superb 11 Pro Max is fitted with a 6.5-inch Super Retina XDR display with a 2,688 x 1,242 resolution. The iPhone 11 takes after previous iPhones with an aluminum and glass body, while the Pro and Pro Max boast a gorgeous brushed steel aesthetic.

Depending on storage options, the iPhone 11 retails for $699, while the 11 Pro starts at $999 and the Pro Max at $1,099. Discounts may be scarce since these were just released, but check back often as we’ll keep you up-to-date on all the latest iPhone 11 deals as they become available.

If the ever-growing price tags and screen sizes of flagship iPhones have you down, you’re not alone. This year, Apple heeded the cries of fans and finally brought back the beloved iPhone SE, which is an excellent mid-range alternative to the much pricier flagships. The new second-gen SE boasts a 4.7-inch Retina display (a bit bigger than the four-inch display of the original SE, but still a nice pocket-friendly size) and packs the same internal hardware as the much more expensive iPhone 11. You read that right: The iPhone SE runs on the same A13 Bionic chipset as the current-gen flagships that cost nearly twice as much.

That alone isn’t super shocking. What should really grab your attention is the iPhone SE’s retail price of just $400. That’s an incredible value for a brand new Apple mobile, and there are already iPhone deals and carrier offers available for the second-gen SE that make it an even better buy. If you want an iPhone and don’t want to pay flagship prices (or buy refurbished), the iPhone SE is an easy choice. 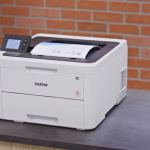 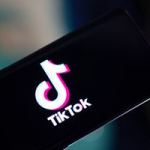