Android, first released in 2008, is still a relatively young operating system. However, with some years seeing multiple updates, there have been plenty of Android versions to look at. Some were better than others, so let’s rank the 10 greatest.

Ultimately, any “best” list is going to come down to the author’s preference, and this list will be no different.

As a long-time Android user—going all the way back to Android 1.5—I have experience with nearly every version of Android. Android makes things complicated, though. My experience with Android on a Pixel could be very different than someone else’s experience with the same version on a Samsung phone.

I won’t be simply ranking the versions based on which has the best features, as that would skew heavily toward the newest versions. Rather, I’ll be considering the impact that each release had on the platform as a whole.

Will you probably agree with my list entirely? Nope! Let’s begin.

RELATED: What Are Android Skins?

Let’s start at the bottom of the list with a controversial Android version. Released in 2014, Android 5.0 Lollipop gave us our first taste of “Material Design.” This marked yet another major design revamp for Android, but one that has arguably aged the best.

Beyond aesthetic changes, there were some major things happening under the surface, too. Android switched from Dalvik to ART (Android Runtime), which improved the performance of apps. That’s why most Android apps today support Android 5.0 and above.

While Lollipop looked great on the surface, it was plagued by bugs. Memory management was a mess on many devices, causing apps to be closed in the background too often. There were also many annoyances with the new notification system.

Lollipop was important for the future of Android, but it had a lot of hiccups.

Speaking of bugs, let’s talk about the version that fixed a lot of Lollipop’s issues. Released in 2015, Android 6.0 Marshmallow didn’t have the fanfare of other releases, but it was sneakily very important.

Marshmallow introduced a major change in how Android handles app permissions. Rather than asking you to grant all permissions at the time of installing the app, you can grant them as needed. That means that you’re only giving an app access to, for example, your files if you specifically do something that requires that permission.

Android 7.0 Nougat was released in 2016 and it was another refining update. By this time, Material Design was becoming more polished and fleshed out. Android had a nice, consistent look.

Nougat finally brought split-screen mode to “stock” Android. Before this, phone makers had implemented their own methods for split-screen mode, but Nougat made it a standard feature. This release also made “Doze,” a feature intended to save battery life, work a little better.

Perhaps the biggest thing that Nougat brought was Google Assistant. This was the version of Android that launched on Google’s first Pixel phone, and it was tightly integrated with the operating system. Google Assistant now comes on all Android devices by default.

RELATED: What Is Google Assistant, and What Can It Do?

When Android 9 Pie was released in 2018, the reception to it was mixed. For the first time, Android didn’t have a Recents/Overview button. The navigation consisted of a pill-shaped home button for gestures and a small contextual back button.

While the half-baked gestures were soon replaced with Android 10, some other features had a more lasting impact. Digital Wellbeing, a suite of tools to help people form better usage habits, was included for the first time. Machine learning-powered battery saving and screen brightness were also introduced.

A big part of Android Pie was privacy. Android got better control over when apps could access your camera and microphone. There were a lot of little things that greatly improved the overall privacy and security of the operating system.

By far the oldest entry on this list, Android 2.0 Eclair was released in 2009 just six weeks after Android 1.6. This was a monumental update for the operating system at the time.

Eclair introduced many things that we take for granted today: Voice-guided turn-by-turn navigation in Google Maps, live wallpapers, speech-to-text, and even pinch-to-zoom. (Yes, Android didn’t have pinch-to-zoom at first.)

If you were an Android user at this time, Eclair was the update. I still remember when my HTC Eris got the update and I could use the navigation in Google Maps. It was legitimately life-changing. And can you imagine using a phone without pinch-to-zoom?

Android Jelly Bean contained three updates from 2012 to 2013. Coming from the major design overhaul in Android 4.0 Ice Cream Sandwich, Jelly Bean was all about refinement.

One of the most notable features in Jelly Bean was the introduction of the Quick Settings panel. This is a feature that has become standard on almost all smartphones. It brought several toggles that were buried in the settings out to a more convenient place.

Jelly Bean was also our first taste of “Google Now,” which has since been abandoned. The concept of predictive information that could help you throughout the day was pretty incredible at the time. It stuck around for a while, but was eventually replaced by Google Assistant.

Another cool feature from Jelly Bean that Google has since abandoned was Lock Screen Widgets. It was neat to have quick access to handy widgets without having to unlock your phone, but maybe not so easy for the average consumer to use.

In 2013, Google released the first branded version of Android, 4.4 KitKat. Previous versions of Android had become dark with neon highlights. KitKat took things in the opposite direction with light backgrounds and muted highlights.

This was the first version of Android that had a transparent status bar at the top of the home screen. It also marked the switch to single-color icons in the status bar, which in this case was white. These small aesthetic changes made the notification area look a lot cleaner.

KitKat was the first version of Android that supported the “OK Google” wake commands. At this time, it only worked with the screen on, but it was an important beginning step for what would eventually become Google Assistant.

Android fans may remember KitKat as the version that launched on the Nexus 5. To this day, the Nexus 5 is arguably the most beloved smartphone that Google has released. It was a great marriage between software and hardware.

Android 10, released in 2019, was the first version to drop the dessert nicknames. This signaled that Google was hoping to take Android in a more “mature” direction.

The most noticeable change in Android 10 was the full-screen gesture navigation. Android Pie started the transition away from a navigation bar and buttons, but Android 10 fully realized it. For the first time, Android didn’t have “Home” and “Back” buttons.

Another big addition in Android 10 was the system-wide dark theme. By flipping a switch, you can control the theme of any app that supports the system setting. No more choosing themes on an app-by-app basis (unless you really want to). Android’s base color had slowly become quite white and bright, so this was a very welcomed feature.

Android 10 had many features, but another important one was better control over permissions. Users finally got more control over which apps could access their locations. This is something Google has been working on quite a bit in recent years, and Android 10 was a big step forward.

Released in 2017, Android Oreo didn’t bring a massive design revamp, but it was quietly one of the most stable and refined versions of the operating system. This was the second time that Google went with a brand for the dessert nickname.

Perhaps one of the most convenient features to ever come to Android was introduced with Oreo: Password Autofill. Just like in the Chrome browser, Android could remember your login for apps, making it drastically easier to use apps and set up new devices.

Android Oreo also introduced Project Treble, which promised to improve the update situation that has plagued Android for years. Four years later, has it made a difference? Probably not as much as Google had hoped.

Oh, and RIP to the blob emojis.

RELATED: What Are Android Notification Channels?

Ice Cream Sandwich was released in 2011, and diehard Android fans will remember it as a pretty big deal. This was the first time that Android actually looked like a modern operating system thanks to the newly hired design chief Matias Duarte.

Android 3.0 Honeycomb, which was only for tablets, introduced the neon “Holo UI.” Ice Cream Sandwich (commonly called “ICS”) refined the Holo UI and brought it to phones, unifying the two device categories. Not everyone is a fan of how Google merged tablets and phones, but it was unquestionably a major change for the platform.

Ice Cream Sandwich brought richer notifications that could be swiped away for the first time in Android’s history. Honeycomb’s revamped and more visual Recents menu was brought over. Face Unlock was added as a new security method.

It really can’t be emphasized enough how big of a deal the Holo UI was for Android. Before it, Android didn’t really have a design language. It was very basic and looked like something designed for developers. Ice Cream Sandwich finally made it seem more friendly to use.

Ice Cream Sandwich was launched on the Samsung Galaxy Nexus. Android nerds drooled over the hype video for the release. This was when it felt like Android finally grew up and Google was taking it seriously as a mainstream operating system.

This was a difficult list to put together, and it could be made in a completely different order with valid arguments. Every Android release has added something important, but some had bigger impacts overall. Hopefully, the next big feature is just around the corner.

The 10 Greatest Versions of Android, Ranked originally appeared on HowToGeek.com 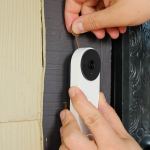 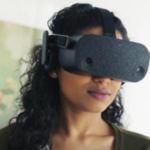