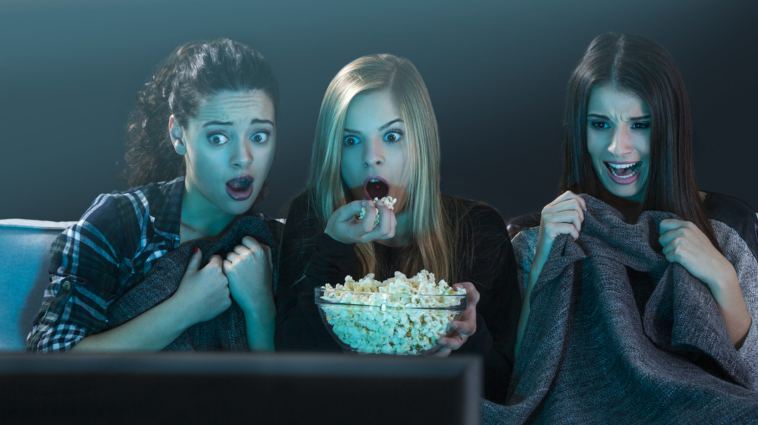 You don’t have to sign up for a subscription service in order to stream great horror movies. There are numerous free streaming outlets with a range of scary options. Here are the 10 best horror movies to stream for free.

Update, 1/17/23: We’ve reviewed our guide to fix any outdated links and are still confident these are the best free horror movies available to stream.

RELATED: The Best Horror Movies on Amazon Prime Video in 2023

The Dark and the Wicked

A pair of adult siblings return to their rural home to help care for their ailing father in this deeply disturbing movie about generational horror. Both brother and sister resent having to abandon their lives to fulfill family obligations, and that feeds into their unease over their mother’s odd behavior toward their father. Is he ill, or is he somehow possessed by a demon? Writer-director Bryan Bertino builds an atmosphere of creeping terror as the family situation becomes more and more unhinged, leading to a bleak, despairing finale.

The Dark and the Wicked is streaming for free via local libraries on Hoopla.

John Carpenter kicked off the slasher-movie boom with this stark, minimalist story about a mute, hulking brute stalking babysitters in a seemingly idyllic suburb. Michael Myers escapes from a sanitarium and returns to his hometown of Haddonfield, Illinois, where as a child he murdered his teenage sister. Wearing a dark jumpsuit and a blank white mask, Michael targets teenager Laurie Strode (Jamie Lee Curtis) and her friends. Carpenter steadily builds tension via masterful camerawork and a brilliant score, and Curtis makes one of the most striking screen debuts in horror history.

Halloween is streaming for free with ads on Redbox.

RELATED: How to Stream Every ‘Halloween’ Movie in 2022

Clive Barker made his directorial debut by adapting his own novella The Hellbound Heart, a twisted story of sadism, sex, and cenobites, the pleasure-seeking demons conjured up by solving a mysterious puzzle box. The cenobite known as Pinhead (played by Doug Bradley) makes his first appearance, but Hellraiser is more about the demented dynamic between two lovers, one of whom is a resurrected corpse. Barker brings his kinky story to life, exploring the blurred line between pain and pleasure and creating some indelible horror imagery in the process.

Hellraiser is streaming for free with ads on Tubi and Pluto TV and for free via local libraries on Hoopla.

Let the Right One In

The chilliness of the Swedish winter seeps into every moment of this unsettling vampire story. An awkward, shy 12-year-old boy makes a new friend in his apartment complex when he meets a strange young girl who only emerges at night. She lives with an older male companion and appears to be sickly, but the boy soon discovers that she’s far more dangerous than fragile. It’s a tender yet haunting story of friendship between outsiders, in which the meek, bullied kid gets to take particularly bloody revenge on his tormentors.

Let the Right One In is streaming for free with ads on Crackle, Plex, Pluto TV, Redbox, The Roku Channel, and Vudu, and for free via local libraries on Hoopla and Kanopy.

RELATED: How to Stream Every ‘Scream’ Movie in 2023

Pretty much every vampire movie made in the last century owes its existence to this 1922 silent classic from director F.W. Murnau. A landmark of German expressionism, Murnau’s film is an unauthorized adaptation of Bram Stoker’s Dracula, following the general plot outline but changing the central vampire into the grotesque Count Orlok (Max Schreck). The shots of Orlok’s looming shadow as he stalks an innocent victim or the vampire popping up from his coffin have become some of the most iconic images in all of horror cinema.

Nosferatu is streaming for free with ads on Dark Matter TV, Plex, Pluto TV, Redbox, The Roku Channel, and Tubi, and for free via local libraries on Hoopla and Kanopy.

Taking cues from Alien and John Carpenter’s The Thing, this claustrophobic sci-fi horror movie finds a crew of fishermen and one scientific researcher stranded at sea while being slowly attacked by a deadly creature. The ancient undersea menace disables their boat and sends tiny spores into the water supply, turning every crew member into a potential host. Hermione Corfield gives a powerful performance as the meek scientist who steps up to lead the crew’s response to the monster. She joins a tradition of unlikely heroines facing down horrific, unfathomable threats.

Sea Fever is streaming for free via local libraries on Hoopla and Kanopy.

RELATED: The Best Horror Movies on Hulu in 2022

David Cronenberg kicked off a career as a master of body horror with this scuzzy 1975 low-budget movie about an insidious parasite spreading through a luxury apartment building. The parasite sends the infected into both sexual and violent frenzies, which complement each other as a way to find new hosts. Cronenberg combines visceral revulsion with sharp social commentary, portraying the wealthy as depraved, decadent hedonists embodied by actual mind-altering parasites. It’s a potent combination of sexual perversity and oozing gore.

Shivers is streaming for free with ads on The Roku Channel and Tubi.

No matter how many sequels and reboots have been made, nothing comes even close to Tobe Hooper’s terrifying 1974 original. The grimy, low-budget movie is suffused with the dread of the Vietnam War and civil unrest, as a group of young people find themselves stranded deep in rural Texas, kidnapped and brutalized by a family of cannibals. The chainsaw-wielding Leatherface became an iconic horror-movie villain, but he’s just one of the horrifying elements of this nasty, unrelenting journey into darkness.

The Texas Chain Saw Massacre is streaming for free with ads on Freevee, Peacock, Plex, Pluto TV, The Roku Channel, Tubi, and Vudu.

RELATED: The 10 Best Action Movies to Stream for Free in 2022

A commuter train from Seoul to Busan becomes a literal deathtrap in this propulsive Korean zombie movie. An outbreak of the undead overtakes the country while a businessman is traveling with his daughter to visit her mother. The train’s passengers have nowhere to run as the plague spreads among them, thanks to one infected woman boarding at the last minute. The movie combines the excitement and suspense of a single-location thriller with the gore of a zombie story, adding in just the right amount of emotional father-daughter bonding.

Train to Busan is streaming for free with ads on Dark Matter TV, Peacock, Pluto TV, Redbox, The Roku Channel, and Tubi, and for free via local libraries on Hoopla and Kanopy.

There’s a long tradition of anthology movies in horror, and the V/H/S series is the modern standard-bearer. The second film in the found-footage series is the most consistently effective, with segments from genre luminaries including Adam Wingard, Gareth Evans, and Eduardo Sanchez. Evans and Timo Tjahjanto deliver the strongest segment, about a film crew getting more than they bargained for while making a documentary about a secretive cult. But there are reliable scares throughout the film, from the eerie framing sequence through the final story.

V/H/S/2 is streaming for free with ads on Plex and Pluto TV and for free via local libraries on Hoopla.

The Best Streaming Devices of 2022

The 10 Best Horror Movies to Stream for Free in 2023 originally appeared on HowToGeek.com 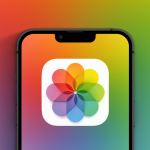 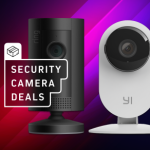