Samsung launched the Galaxy Z Fold2 in September 2020. The company’s second flagship foldable smartphone debuted for $1,999.99 in the US. Now, seven months after its release, the firm has announced a permanent price cut on this handset along with a referral program. The Galaxy Z Fold2 has been on sale at a discounted price tag multiple times since its launch. Bu this is the first-ever official price drop by Samsung. The South Korean tech giant has reduced the device’s MSRP by $200.

Hence, the Galaxy Z Fold2 is now retailing in the US for $1,799.99. The new price is applicable to both unlocked and carrier variants (Verizon, AT&T). Also, it is worth noting that, unlike regular smartphones, Samsung’s foldable phones (Galaxy Z Flip 5G, Galaxy Z Fold2) come with a 100-day return policy.

Further, alongside the price drop, Samsung has also announced a referral program for the Galaxy Z series. Any existing Galaxy Z Series customer can share a referral code to someone looking to buy a Samsung foldable handset.

By using the code, the new buyer can snag a $100 discount. On the other hand, the referrer gets a $100 credit, which can be used on Samsung’s online store. Hence, interested customers can get the Galaxy Z Fold2 for as low as $1,699.99 in the US.

Samsung Galaxy Z Fold2 gets its first-ever permanent price cut in the US originally appeared on Gizmochina.com 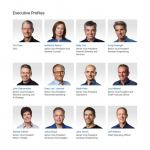 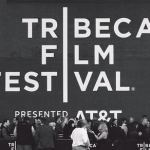