The SM-A516V that has appeared on Geekbench could belong to the Verizon variant of the upcoming Galaxy A51 5G phone. It is driven by Qualcomm’s ‘lito’ processor that is believed to be the Snapdragon 765G SoC and it runs on Android 10 OS. The chipset is coupled with 6 GB of RAM. It scored 622 and 1,928 points in Geekbench 5’s single-core and multi-core tests, respectively. The SM-A516V has also appeared in the database of the Wi-Fi Alliance certification platform. The listing reveals it supports Wi-Fi 802.11ac and runs on Android 10 OS. The support for NFC is confirmed as it has bagged NFC certification.

The Galaxy A71 5G with a pricing of $599 is selling as the cheapest 5G phone in the U.S. at present. However, the Galaxy A51 5G that is expected to break cover soon may dethrone A71 5G to become the most affordable 5G smartphone in the U.S.

The Galaxy A51 5G SD765G version is expected to have the same specs that are available on its Exynos 980 variant. Hence, it is likely to come with specs like a 6.5-inch Infinity-O S-AMOLED display with Full HD+ resolution, 6 GB of RAM, 128 GB of storage, 48-megapixel quad cameras, 32-megapixel selfie camera and a 4,500mAh battery with 15W fast charging support.

Samsung Galaxy A51 5G with Snapdragon 765G spotted before the US launch originally appeared on Gizmochina.com 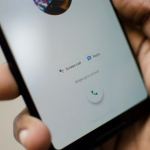