While MacOtakara reported yesterday some new details about the upcoming 2021 iPads, the Japanese blog shared today exclusive information about the iPhone 13. Based on today’s report, Apple will keep the same design as the current generation with a thicker body. Besides that, both Pro models are expected to feature the same camera module.

According to Chinese suppliers, all four iPhone 13 models (so we expect Apple will keep all current sizes) will have a design nearly identical to the iPhone 12 models with flat edges. The height and width of the devices will remain unchanged, but the thickness will increase by 0.26 mm.

As for the rear cameras, we might see some interesting changes in terms of design. The camera bump will remain, but Apple may add a sapphire glass that will cover all three lenses to make them look like a single camera instead of having three stretched lenses.

MacOtakara also noted that the camera module of the iPhone 13 Pro and iPhone 13 Pro Max will be the same size, which suggests that the smaller Pro model will have exactly the same camera lenses as the 13 Pro Max — which includes the ultra-wide lens with sensor-shift stabilization. Last year, Apple included better stabilization and 2.5x optical zoom only on iPhone 12 Pro Max.

The company has also changed the position of the top receiver to reduce the size of the TrueDepth camera, which could allow a smaller notch on iPhone 13 models. Previous rumors also claim that the entire iPhone 13 line will feature the LiDAR scanner, not just the Pro models.

According to reliable analyst Ming-Chi Kuo, all iPhone 13 models should to be produced and launched on regular schedule, which means we can expect them to be available in September without delays. 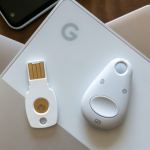