Recently, we reported that Xiaomi has started pushing Android 10 updates to the Redmi 7A in China. Later on, users of the 7A in Europe also started receiving new OTA update ushering the latest Android version. It is now the turn of India to join the party as the update has started rolling out in India. The Redmi 7A made its entry in 2019 with a starting price of around $85 for the 2GB RAM+16GB storage version. The phone was launched in India around July 2019 and it came with Android 9.0 Pie-based MIUI 10. The model had earlier been updated to MIUI 11 in January this year but still based on Android 9.

The latest update comes with the version number V11.0.1.0.QCMINXM and apart from the Android 10 features it brings, it also features May 2020 Android security patch. Although the phone is still based on MIUI 11, Xiaomi confirmed the Redmi 7A will be among the models to get MIUI 12 update. So, we expect that update to start in the near future

Redmi 7A Android 10-based MIUI Stable update starts rolling out in India originally appeared on Gizmochina.com 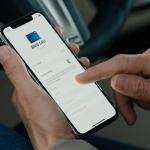 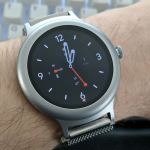