Websites often give you the option to log in through Google or Apple because its easier and more secure and memorizing passwords. But platforms like Reddit are notorious for pushing against the trend, to the chagrin of mobile users and forgetful types. Now, it seems that Reddit has changed its mind, and is quietly testing Google and Apple sign-in.

Some Redditors are seeing  “Continue with Google” and “Continue with Apple” buttons on the Reddit login screen, according to a report by Android Police. Signing in with a Google or Apple account will generate a brand-new Reddit account, which is how you’d expect the system to work. It’s fast, easy, and secure. Why isn’t this feature live for every Reddit user?

According to Caleb Potts Android Police, sign-in through Google and Apple is still pretty buggy. You can’t use the feature to log into your existing Reddit account, even if you registered that account with your Gmail. That said, some Redditors have a “Connect to Apple” or “Connect to Google” button in their account settings, which should resolve the issue.

Sign-in through Apple and Google are only available for a handful of users. Our team doesn’t have access to the feature yet, but we hope to see it soon. If you see Google or Apple buttons on your Reddit login page, I suggest logging in the old fashioned way first. That way, you can go into your settings and manually connect your Reddit account to Apple or Google.

Reddit Is Testing Sign-In Through Google and Apple Accounts originally appeared on HowToGeek.com 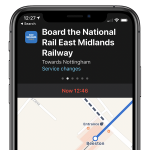 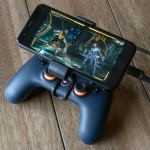