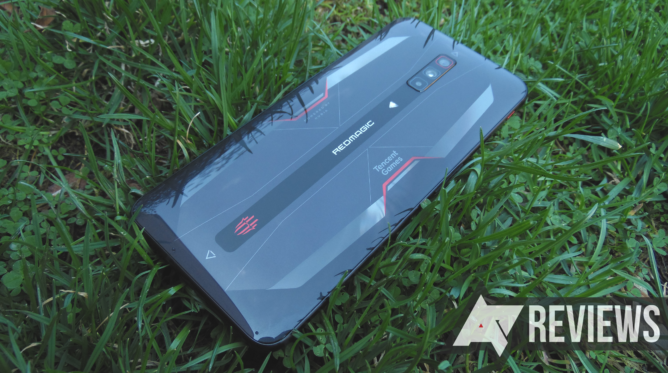 RedMagic isn’t a big name in the US, but it’s been busy creating its own niche for budget gaming phones. Gaming phones almost always come with compromises, and a budget option even more so. Still, for $600, the RedMagic 6 is a killer on paper with a Snapdragon 888, 12GB of RAM, and a 165Hz display, but prodigious specs aren’t always enough when poor support are on the table. Still, some mobile gamers might make that trade-off for super-smooth gameplay when the RedMagic 6 launches later this month.

The design of the RedMagic gaming phone hasn’t changed much over the last few iterations, but our Chinese model has a Tencent logo and no NFC. Otherwise, it should be the same as the international version that supports US bands (something the Chinese model struggles with). There’s also a Pro model that packs 16 GB RAM with a backplate made of aluminum (opposed to the glass back of the standard edition). Both the standard and Pro models will go on sale on April 15th, with pre-orders live today. 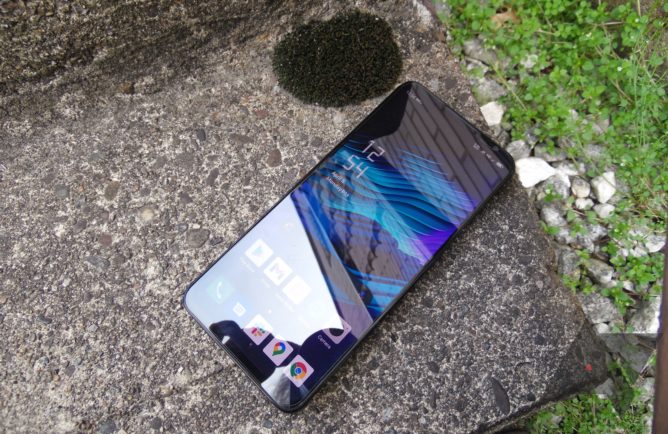 The sixth iteration of the RedMagic is a large device, but it’s actually pretty svelte compared to other gaming phones—220g is a lot, but that’s less than the Asus ROG Phone 5 (238g) and flagship Mi 11 Ultra (234g). It has a large 6.8″ screen, a hefty 5050mAh battery, and an internal fan. So it’s still a heavy phone, but it sits comfortably in hand thanks to the solid build-quality and even balance

The display is a flat OLED that offers a 1080p resolution at 630 nit peak brightness. It also supports a whopping 165Hz refresh rate so you can play your games at extremely high FPS, with a polling rate that supports up to 500Hz for quick touch response times. Colors pop on the screen, inputs are fast, and everything looks smooth at 165 FPS. I did notice that the brightness and color of the screen will change when the refresh rate changes (like dropping from 165 FPS to 90 FPS), but thanks to the ability to cap your framerate, you’ll only notice this issue when switching apps since so few can reach 165 FPS. The earpiece on the front of the phone doubles as a front-facing speaker that forms a stereo pair with the bottom-firing speaker, and a headphone jack is accessible at the top left of the metal frame. The front is made of 2.5D Gorilla Glass, and the back is glass, too, though there is no wireless charging. You’ll find the internal fan’s vent and intake on the upper left and right of the frame. This fan is pretty loud when active, to the point both charging and gaming with it on can be bothersome. The volume rocker has moved to the left of the device below the Game Space toggle, and the power button remains on the right.

The dual triggers are placed at the top and bottom right of the frame, sitting at comfortable positions once you flip the phone to landscape for gaming. The fingerprint reader remains under the screen, and the bottom of the device contains the USB-C port, a dual sim slot, and the aforementioned second speaker. To top it all off, there is a light-up logo on the back along with two light strips, because, after all, this is a gaming phone.

The RedMagic 6 comes with an instruction booklet, USB cable, and charging brick. When the international version goes on sale later this month, it will come packed with a 30w charger, though the phone does support charging at up to 66w.

RedMagic still has a lot more work to do when it comes to its Android software. This was a sticking point with the 5 and 5S, and it remains a problem with the RedMagic 6. I’ve been using the device for over two weeks and have received a flurry of updates for the Android 11 ROM, but many of the software bugs I saw last year on the RedMagic 5S are still here, like the occasional unresponsiveness of the fingerprint reader and the endlessly buggy launcher.

Honestly, the Nubia launcher is the standout offender when it comes to RedMagic’s middling buggy software. It continually adds a second screen no matter how many times it’s removed, you can’t delete folders, there are no customization options for the drawer, and worse yet, you can’t even use your own launcher. While you can install third-party launchers, there is no option available to permanently switch to one. You do have two choices for displaying your apps, though. You can either pick from a jumbled mess of icons on your home screen similar to iOS or the feature-poor drawer that keeps your apps stowed away out of sight.

One thing that’s nice about the RedMagic 6’s software setup is that there isn’t much bloat. RedMagic only includes a few of its own apps, such as the NextWord browser and a peripheral tie-in app called ExternDevice. This keeps things minimal so that users can install the apps they’d like to use, and since the UI resembles stock Android, navigating this interface is familiar territory.

Of course, the Game Space toggle is still available in the RedMagic 6, allowing you to easily access RedMagic’s gaming mode with the flick of this switch. Once turned on, you’ll be treated to a carousel where you can add your games in order to launch them from one place. When you launch a game from the Game Space app, you’ll have a wide selection of options and information at your fingertips via the always-available pull out drawer. This is where you can set up the shoulder triggers as well as view your stats like FPS, GPU usage, and network speed. The Game Space app is by far the most polished software on the device, and it’s an absolute godsend if you’re looking to get the maximum performance from your games. This is where the RedMagic 6 excels.

As far as performance goes, the RedMagic 6 is a solid contender in its price range, especially when it comes to gaming. All of the games I tested on this device ran well. As a daily driver, things get a little more murky thanks to some iffy software, but I never once noticed any dropped frames or lag in my day-to-day use.

Battery life is another strong point for the RedMagic 6. I can easily get two or three days of regular use from the 5050mAh battery, and I was even able to eke out an entire day with heavy gaming. Even if you do manage to run the battery down to nothing, you have the option to charge the device quickly. While the included 30w charger offers speeds that are nothing to sneeze at, filling the large battery in under an hour with the optional 66w charger is highly convenient.

One of the easiest areas to cut corners when building a phone is the camera, so this is an area where gaming phones like the Red Magic 6 tend to struggle.

The primary rear camera is a 64 MP Samsung S5KGW3 with an f/1.79 aperture and 0.8um pixels. The 8 MP ultra-wide lens offers an f/2.2 aperture with 1.12um pixels, and the 2 MP bokeh is f/2.4 with 1.75um pixels. The front-facing camera packs 8 MP with an f/2.0 aperture and 1.12um pixels. So while these specs might sound good on paper, the software that ties them all together brings the experience down. When you open the camera app, you’ll notice that you have a few different options at your disposal, but the jumbled mess of settings split between these modes can be befuddling. It would appear even RedMagic is aware of this, and so the Pro mode contains an optional introduction fact sheet that covers how the settings in this mode work. Such foresight is appreciated, though perhaps a UI that makes sense would be the more fitting area to focus such efforts.

All in all, the camera is on par with mid-range devices. Daytime shots are plenty serviceable with good lighting, and you can even snag some competent nighttime shots, but colors can be easily exaggerated and dark items sometimes disappear. It’s clear these photos will not be winning any photography competitions.

This all depends on what you’re looking for. If you play mobile games a lot, are heavy into emulators, or are simply looking for a good deal on high-end specs, then the RedMagic 6 could be the phone for you. You will have to deal with buggy software, a lack of updates/support, and a lackluster camera, but these are all issues with every gaming phone to date, so it’s not like it will catch people by surprise.

As a day-to-day device, the RedMagic 6 wouldn’t be my first choice. The bugs are just annoying enough to interfere with my workflow. But for anyone using their phone primarily for gaming, the RedMagic 6 is a solid choice, especially if you’re on a budget. The specs you get for $600 are going to be hard to match, especially in comparison to the ROG line that costs twice as much for similar performance. 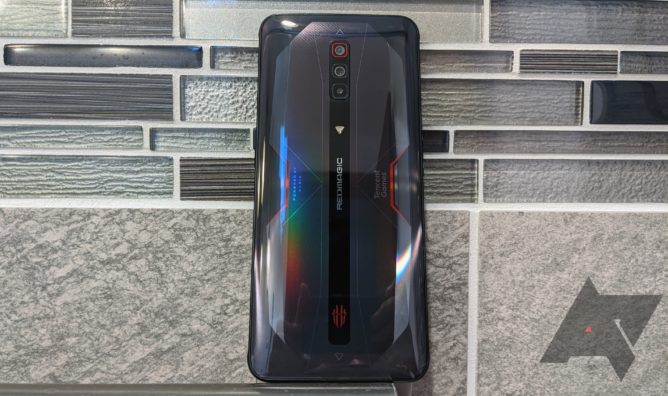 So like all gaming phones, it’s tough to call it one way or the other. Ultimately the RedMagic 6 is a mixed bag. As a gamer, I came away impressed with the performance you get for the price, but as an Android enthusiast, the lack of software polish really puts a damper on the user experience. If you’re willing to live with more than a few compromises in exchange for quality mobile gaming on a budget, then you’ll be happy with the RedMagic 6.

The Red Magic 6 is available directly from Red Magic’s site. 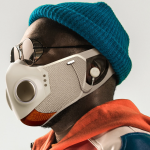 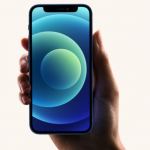