Xu Qi claimed that the Race is just a codenamed of the device, which means it will be arriving with a different moniker. OPPO unveiled the Ace2 flagship phone earlier this year. It was expected to release the Ace3 phone in the second half of the year, but it did not come true. The probable reason behind it could be that OPPO reportedly transferred the Ace line to Realme at some point after the launch of the Ace2.

Hence, it is likely that the Realme Race could be arriving in the market as an Ace series phone. While Xu Qi said that the device will be launching next year, he did not reveal a specific timeframe. A couple of Snapdragon 888 powered phones are expected to go official before China’s Spring Festival that will fall on Feb. 12. It is unclear whether the Realme Ace flagship phone will debut before the said date. In all likelihood, the Realme Ace Snapdragon 888 powered phone may debut within Q1 2021.

GSMArena had shared a leaked shot of the phone earlier this month along with a screenshot of its “About phone” page. The leak revealed that the Realme Race has a glass rear with curved edges and a circular camera module with an elongated LED flash unit it alongside it. The phone was found to be equipped with specs like SD888, 12 GB of RAM, 256 GB of storage, and Realme UI 2.0 based Android 11 OS. It was also revealed that the smartphone’s model number is RMX2022. A new render of a mysterious Realme phone has appeared on Weibo. It seems to feature a leather back and a triple camera system led by a 64-megapixel lens. It is unclear whether it is an upcoming Realme Race series phone or some other phone from the brand. 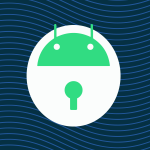 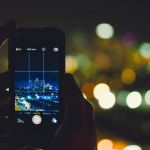