If you own a ton of DVDs, digging them out to watch a movie or show you love can be painful. And that’s why you should consider digitizing them and creating a Plex server. Setting up a Plex server is like creating your own personal Netflix for the stuff you own. It used to be that getting the hardware together was either expensive, complicated, or both. But with an Nvidia Shield Pro, it couldn’t be easier to set up your own Plex server.

How easy is it? The hardest part of the Plex hardware itself will be buying the Nvidia Shield Pro. At $200 on average (sales do happen!), it’s not a coffee and snacks level of money. But at the same time, it’s also far less expensive than a full computer system dedicated to just streaming your stuff. And thanks to its mobile processor setup, it’s more energy efficient to run all the time too. You’ll also want to pick up a hefty hard drive (or two) to hold all your digitized movies. Or better yet, pick up a NAS and a couple of huge hard drives.

Once you buy the Shield Pro, setting up the Plex software is as easy as hitting an install button in the Play Store and then signing in with an account. It’s far simpler than turning a Raspberry Pi into a server, and you’ll get better results. A Raspberry Pi Plex server will struggle to keep up with any Blu-ray quality rips. But the Nvidia Shield Pro can handle them like a champ.

The first time you log into Plex, it’ll notice you’re on an Nvidia Shield Pro and offer to set up for a Plex server. Just follow the prompts; you’ll be finished before you know it. If it seems complicated, the people at Plex put together a quick guide. Just don’t forget to go into the Shield’s settings and give it access to your external hard drive or NAS unit.

After that, the tedious process begins. You’ll need to digitize all your DVDs and get them onto your hard drive or NAS. You’ll have to be careful to name them correctly, too, as doing so will let Plex automatically sort them and add the proper episode titles, artwork, and more. But don’t worry, our sister site, How-To Geek, has a great explainer on the process.

If you already have an Nvidia Shield Pro and a ton of DVDs lying around, then there’s no reason not to set up a Plex server. You’ll be able to watch your stuff from home and on the go, from your smart TV, your gaming console, or even your phone and tablet. And you’ll never have to worry about receiving the dreaded notification of your favorite show leaving your streaming service again. Get on it!

If you want to get into Plex streaming, you can ask for an easier to setup and efficient piece of hardware.

A good NAS for streaming

A NAS system can either increase your storage space, or serve as a potential backup system. don’t Plex without one.

These hard drives are designed for the demands of NAS system. They’ll hold up better in the long run as you make changes, add movies, and stream. 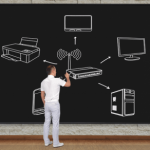 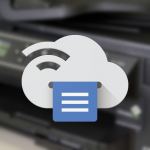