It’s been almost two years since Qualcomm announced the Snapdragon Wear 3100 processor, and in that time there haven’t been many exciting developments in smartwatches, Google bought Fitbit, though that union is yet to be complete. Companies continued to iterate on their products, like Wear OS, Samsung’s Galaxy Watch series and Fitbit’s Versas, while Apple unveiled the newest version of watchOS last week. Despite the lack of excitement, Qualcomm is continuing to invest in the smartwatch industry, unveiling today a pair of processors for wrist-worn devices. The Snapdragon Wear 4100 and 4100+ promise to be much faster than their predecessor and offer longer battery lives, alongside improved support for some smartwatch experiences.

Compared to the Snapdragon Wear 3100, Qualcomm’s global business head for smart wearables and shareables Pankaj Kedia said the 4100+ will bring about 85 percent higher performance. Though it uses similar big.LITTLE architecture to its predecessor, the 4100+ uses a new 12 nanometer process compared to the 28 nanometer before. It also uses Cortex-A53 cores as opposed to the older A-7 on the previous generation, and runs at a faster 1.7GHz. There’s a new Adreno A504 graphics engine, faster memory and two digital signal processors (DSP) instead of just one like before. 4G LTE mode now gets a dedicated DSP. All that is to say the Wear 4100+ should make your smartwatch run noticeably faster than existing devices.

In case you were one of the rare few wrist-selfie aficionados out there, the Wear 4100 will support cameras that are up to 16-megapixels sharp, thanks to its dual image signal processors (ISP). If shooting from the wrist sounds enticing to you, Qualcomm and Indonesian kids’ tech company imoo have news you’d appreciate. Imoo announced today that its next kid-friendly smartwatch the Z6 Ultra will be powered by the Snapdragon Wear 4100 and will start shipping in the next 30 days. It will feature a swiveling camera similar to its existing products. Chinese smartwatch maker Mobvoi also shared that its next-generation Ticwatch Pro devices will use the Snapdragon Wear 4100 platform.

One of the most important components of modern smartwatches is how they behave when not actively being used — that is, the more watch-like mode. To better support these experiences, the 4100+ comes with an Always-On co-processor that’s a slightly enhanced version over the 3100’s. It’ll enable a richer Ambient mode on Wear OS watches, supporting 64,000 colors instead of the 16 on the older model. In Sport mode, you’ll be able to load maps in addition to just pulling in data from your sensors. In the most basic Enhanced Watch mode, the Always-On unit will also enable continuous heart rate and sleep monitoring and faster tilt-to-wake in addition to step counting, alarms, timers and haptic feedback, all while sipping power slowly. In addition to the new 12-nanometer process, Qualcomm also adopted low power location tracking and “an enhanced Bluetooth 5.0 architecture” to get 25 percent energy reductions across what it says are key use cases.

To be clear, there is a difference between the Wear 4100 and 4100+ — the former doesn’t come with the Always-On co-processor. This means devices using the 4100 won’t support the Wear OS-based power-saving modes or continuous heart rate and sleep monitoring. It’s a strange decision to exclude the co-processor from a chip for wearables, and might impact battery life in general, but it’s not as if the modes it enabled were very popular anyway. It took awhile for us to even see any of those modes show up in actual watches, and even now, Tag Heuer and Suunto are the only two companies to support the Sport mode.

It’s not yet clear exactly which of the two chipsets the Ticwatch Pro will use, but when it launches it will be our first taste of how well future smartwatches will perform. 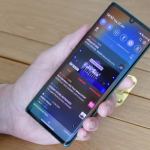 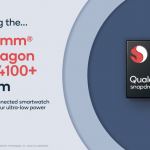