After growing reliably for a few years, wearable sales have been declining for the last two quarters. If you’re not Apple (or in the insular Chinese market, Xiaomi), you’re not looking so hot. Part of that is a lack of competition for the Apple Watch, but another part is flagging hardware. Qualcomm thinks it has the solution to the latter.

The Snapdragon Wear 4100+ is the chip maker’s new wearable SoC, the successor to the 3100 which found itself in all too few actual devices. It’s designed from the ground up for Android Wear and similar watches. According to the spec sheet, it’s running a primary ARM processor at up to 1.7Ghz, with a co-processor focused on working in a power-saving mode and a souped-up Adreno GPU running at up to 320MHz. Combined with faster RAM, that means that the new chip and memory should be about 85% faster, with a 250% boost to the CPU, leading to smoother animations and faster loading time.

That’s without sacrificing low-power performance. The co-processor can handle more complex ambient watch faces and better motion detecting for full activation. Qualcomm is boasting that the 4100+ can handle “Week-Long Battery Life” in the low-power watch mode, which previously only showed the time and date, but now can add always-on heart detection, adaptive brightness, and touch control.

Connections supported by the chip include Bluetooth 5.0, Wi-Fi 2.4GHz for bigger downloads, NFC, and optionally, GPS and LTE wireless. Qualcomm’s primary focus on this chip design is Android Wear watches (which aren’t doing great at the moment), though they’ll probably sell the chips to anyone who wants them. The first retail-ready product to pack the new chip is apparently the Mobvoi Ticwatch Pro 3.

There’s also a cheaper version of this design, the 4100 (sans +), which doesn’t use the co-processor specifically designed to extend the battery life. It might find a home in some low-cost electronics, but seems unlikely to be very useful for wearables. 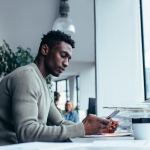 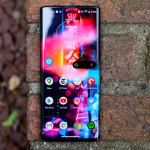