The iPad is widely regarded as a best-in-class tablet, but with so many different versions available, it can be difficult to know which one to choose.

To decide, it helps to know how much you want to spend, what you plan to use your tablet for, and which accessories you want to add.

The iPad started out as just an oversized iPhone, but over time, its range has expanded. You can now choose from the following models, including two different sizes of the iPad Pro:

Every iPad runs a variation of Apple’s iOS operating system, known as iPadOS. All models can access the App Store and its large library of iPad-specific apps. The iPad can also run smaller iPhone apps if you need them.

While all iPad models can access the same software, performance differs considerably. For example, demanding tasks, like video editing or 3D applications, might not run as well on a standard iPad as they would on a Pro.

All models offer the same core “tablet” experience. They’re great for watching movies, browsing social media, keeping in touch with friends, making FaceTime calls, and playing games. When you spend more on a Pro model, you’re paying for performance and the ability to augment the experience with peripherals.

The seventh-generation iPad is Apple’s most basic tablet. It starts at $329, but you can sometimes snap it up in a sale for as little as $250. At that price point, it’s a great buy with a range of uses, including casual home use or educational purposes.

The iPad is powered by an A10 system-on-chip, first introduced way back in 2016 alongside the iPhone 7. So, the chip in the base-model iPad is nearly five years old. Despite its age, its performance is still solid across the board.

Unfortunately, the A10 does show its age when faced with some of the more demanding apps in the App Store. But if you just want something to run simple apps, check email, or browse the web, the A10 is more than up to the task. Just remember, when it comes to more demanding games or other heavy apps, you might run into performance issues.

The iPad only offers a maximum storage option of 128 GB. The 10.2-inch screen is also slightly smaller than the Air and Pro models, and also lacks the wide P3 color gamut and True Tone display. Cutting these features saves you money, though, if you can live without them.

The rear-facing camera uses the same 8-megapixel sensor as the iPad Air, but the front-facing camera barely clears the megapixel mark. This will make for a disappointing FaceTime experience for the person on the other end of your calls.

You can use the basic iPad with a Smart Keyboard case and first-generation Apple Pencil if you want. This could make it a great typing tutor experience for kids, or even introduce young minds to the world of digital art, with apps like Procreate.

The iPad Air offers a more polished tablet experience compared to the base iPad, while still feeling more like a tablet than a laptop.

Starting at $499, the iPad Air comes with the same A12 system-on-chip that appeared alongside the iPhone XS and XR in 2018. Despite being a few years old, the A12 is still a highly capable chip that provides a smooth experience in the latest versions of iOS (and iPadOS). This makes the iPad Air a more future-proof device than the base iPad when it comes to software support and overall performance.

The 10.5-inch screen is a lot better than the 9.7-inch display on which Apple once relied. When combined with Apple’s Smart Keyboard folio cover, the iPad Air provides a very comfortable typing experience, even if the case itself is a bit flimsy. iPad Air owners can also use the first-generation Apple Pencil for drawing, typing, and annotating.

While the Air is a capable machine, there are some big differences when you compare it to the more capable Pro models. This includes an upper limit of 256 GB of storage. It doesn’t have a USB-C port for expansion—only the proprietary Lightning connector.

You only get one, eight-megapixel camera, and the speakers don’t have the punch you see on the Pro models. The display also isn’t as bright. It runs at 60 Hz, rather than the 120 Hz on the Pro, and the color reproduction also isn’t quite as good as the Liquid Retina display on the Pro.

The chassis is the old-style iPad shape, with chunky bezels, and a Home button with an integrated Touch ID fingerprint scanner. There’s no front-facing TrueDepth camera or Face ID. You can use gestures on the iPad Air, but it isn’t as reliant on them as the Pro.

Despite these limitations, the Air can do just about everything the Pro can, albeit, at a slower pace and with somewhat inferior accessories. The Air makes for a comfortable upgrade over the base iPad, due to its upgraded system-on-chip.

If you want a premium tablet experience, but can’t justify the iPad Pro, the Air is a compelling choice.

This also applies to gaming. If you want your games to look their best and, more importantly, perform their best, the iPad Pro has the extra grunt required. If you game on the go, however, you’re probably better off investing in a dedicated console like the Nintendo Switch.

The iPad Pro models also have their own accessories, most notably, the Magic Keyboard with a “floating” hinge and the second-generation Apple Pencil stylus. The Magic Keyboard marks a shift for Apple, as it’s the first iPad accessory to include a trackpad.

Unlike Apple’s other tablets, the iPad Pro also has a USB-C connector, which you can use to expand your tablet to include adapters for HDMI out, 3.5mm stereo, and USB-A connectivity (just to name a few). It’s much more like a computer than any other iPad model, all of which use the proprietary Lightning connector.

There’s no denying that the iPad Pro provides a more premium user experience than the rest of the range. These tablets ship with a 120 Hz ProMotion display which operates at twice the refresh rate of a standard iPad (60 Hz). The result is a noticeably smoother, more responsive touch interface, as well as a more accurate experience with the improved Apple Pencil.

The refreshed unibody design and much smaller bezels make the 2020 iPad Pro look and feel different than the regular iPad or iPad Air. Also unlike the standard iPad, there’s no Home button because the iPad Pro uses gestures and facial recognition, like Apple’s flagship iPhones.

The Pro also includes wide and ultra-wide cameras on the rear and a LiDAR scanner for improved performance in augmented reality.

A larger chassis also means more room for speakers (notably, subwoofers). While the standard iPad and iPad Air provide a passable audio experience, the iPad Pro punches well above its weight in terms of bass response and the ability to fill a room with audio. This is typical of what to expect with the iPad Pro if you’re prepared to spend the extra money.

If you’re looking for an uncompromisable iPad experience, look no further than the iPad Pro. For most people, the 11-inch model strikes the perfect balance between the portability of a tablet and the productivity of a notebook.

For artists and anyone who appreciates a larger screen, the 12.9-inch model will give you more room to work at a premium price point.

It’s worth noting that an iPad Pro with a set of accessories actually costs more than a base MacBook Air or similar Windows computer. It might be a highly capable machine, but it’s not a suitable replacement for a laptop.

Finally, we have the iPad mini. This 7.9-inch tablet starts at $399—just $100 shy of the iPad Air. The main difference between the models is the screen size. The iPad mini is almost identical to the iPad Air in every other way.

The iPad mini also ships with an A12 chip from 2018, up to 256 GB of storage, and a basic eight-megapixel camera. The display features the same P3 wide color gamut as the Air, with True Tone to balance ambient and onscreen white balance. Even the quoted battery life is identical.

Aside from size, the main difference is you can’t use any of Apple’s Smart Keyboard attachments with the iPad mini because they won’t fit. However, you can still use the first-generation Apple Pencil as a stylus and connect a Bluetooth keyboard if you need to type.

The iPad mini isn’t really aimed at typists or artists, though. It’s for anyone who wants the iPad experience in a much smaller package. It’s fine for browsing the web, replying to emails, or playing games on an extremely portable, 7.9-inch device.

Many people think the iPad mini is a great size for reading because it’s about the size of a large-yet-thin paperback novel, and you can easily hold it in one hand.

Which iPad Should You Buy?

The iPad Pro is the obvious choice if you want the best iPad experience possible and don’t mind paying for it. Paired with the Smart Keyboard and Apple Pencil, it provides an excellent typing, drawing, and tablet experience. It might even replace your laptop for many tasks. It’s a great choice for artists and professionals who want a powerful touch-based device.

If you want more of a tablet than a laptop replacement, the iPad Air is the next logical choice. You’ll sacrifice a few things in terms of the iPad experience, though, as it offers less flexibility and power than its pricier sibling. If your iPad is for pleasure rather than business, the Air is a good fit.

For a basic iPad experience at a reasonable price point, the iPad won’t disappoint. It’s ideal for tablet-friendly tasks, like scrolling news feeds, watching YouTube videos, or editing your iPhone photos. It’s also a great choice for kids, as there are thousands of educational apps available in the App Store.

The iPad mini is hard to place. If you want a small tablet from Apple, this is your only choice. Fortunately, it’s $100 cheaper than the iPad Air, but delivers the same performance and features in a smaller package.

There’s one last thing to consider, and that’s whether now is the best time to buy an iPad. Apple’s product cycles are somewhat predictable, so it’s pretty easy to guess when it will likely upgrade its hardware. To get the most for your money, buy your Apple gadgets near the start of their product cycle.

RELATED: Can You Replace Your Mac with an iPad in 2020?

Pro, Air, Mini, or Regular: Which iPad Should You Buy? originally appeared on HowToGeek.com 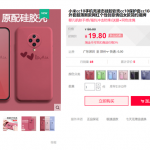 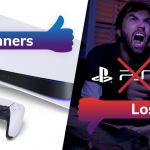