Here’s everything we saw today during Apple’s WWDC 2020

A couple of days ago we gave you some tidbits of features that weren’t exactly talked about at WWDC but are coming with the new updates and now we have some more. For example, you remember the start up chime on the Mac? Well, it’s coming back with the Big Sur update. Speaking of things coming back, Apple is reviving the Game Center on both iOS and the macOS with a new update. iOS14 is also able to detect hand and body motion to provide new features like fitness performance tracking or use emoji overlays on different scenarios. A new privacy feature let’s you give limited access to apps that ask to permission to access your Photos or other files. Let us know if you want more of these updates.

Lately we’ve been getting some leaks of Google’s upcoming dongle codenamed Sabrina. Sabrina would be Google’s first Android TV dongle since the Nexus Player. Now, Google just dropped a new Android 11 Developer Preview, exclusive for this dongle. In it we have some files that make reference to Sabrina along with a new video with instructions on how to reboot it. It looks exactly like the leaked video we got from XDA where the G Logo is in the center instead of the bottom like on the case of the Chromecast Ultra. Rumors hint to this device being launched along with Android 11 so we could get it at the Pixel 5 Event.

OnePlus has been teasing their new phone in a… different way. Let’s just say they’re taking the crown for making it unique again, cause if you remember, they were pretty much first at launching a phone with an invitation system back in the day. Today, well, first we saw their new Instagram account and now, they just put out a teaser for a 4-part documentary detailing how they made the phone. At least we think, cause the teaser seems to be more about how OnePlus came to be in the early days. The first part will apparently premiere on June 30 and it consists of different interviews and the whole creative process, but it’s not entirely clear if it’s about the OnePlus One, or this new phone that might be coming, but it’s the story of a six month process. The name for the phone isn’t completely clear yet but if you search Nord on Amazon, it lands on a OnePlus teaser. We hope we’ll get more from this documentary ahead of the July launch.

We have multiple leaks for Samsung’s upcoming Unpacked Event. Let’s start with the Z Flip 5G which just went through certification so we got some updated specs. According to this certification it’ll bring the Snapdragon 865 clocked at 3.09GHz, a 6.7in AMOLED display, dual batteries rated at 2500 mAh + 704 mAh and the usual specs from the previous Z Flip. Moving on, we have some new renders of the Galaxy Watch 3 from Mr. Evan Blass himself. Apparently this is the 45mm variant on a 22mm black leather band. We hadn’t really gotten a lot of leaks when it came to design for this Watch. Finally, we have some alleged Note 20+ case leaks that show off the new camera array and pretty much confirm the dimensions we’re expecting and, a very reliable tipster on Twitter just confirmed that it will bring a 108MP main camera. Another report also claimed that the Note 20+ or Ultra will reach 50x hybrid zoom with a 13MP periscope lens and will ditch the ToF for laser autofocus, it will also bring a 12MP ultra wide.

Supply chain sources claim the iPhone 12 will launch in September

And finally, the hottest news today have to do with Apple’s roadmap, which includes iPhones, and also the possibility that Apple Silicon computers are not gonna be products to frown upon. Starting with iPhone there’s been numerous reports that this year’s iPhones will be delayed for obvious reasons but, the analyst that once predicted there wouldn’t be delays is now confirming it. According to him, the supply chain has gone back to normality on an impressive level, way ahead of the expectations and the report claims that this may put Apple in a position where they will be able to launch the new iPhones in their typical mid to late September frame. Now, Ming Chi Kuo did report a couple of months ago that we still might get a delay due to the mmWave variants so we still might get all the phones announced in September but not launched at the same time. Speaking of Kuo, he put out a report a couple of days ago where he said the Apple Silicon plans are kind of epic. Apple plans to launch the redesigned iMac in Q4 of this year. He says that this will be one of the first two ARM Macs that Cupertino plans to release in the fall with the second one being a 13in MacBook Pro. In the meantime, Kuo expects Apple to refresh the current Intel based iMac in Q3 but it is unclear if that model will feature the new design. Subscribe: http://bit.ly/pocketnowsub http://pocketnow.com Follow us: http://flipboard.com/@Pocketnow http://facebook.com/pocketnow http://twitter.com/pocketnow http://google.com/+pocketnow 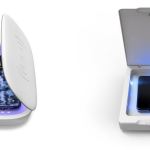 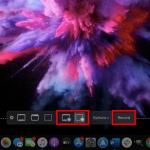