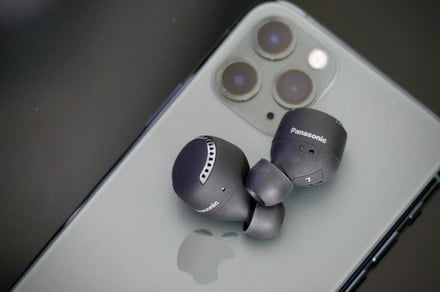 “The Panasonic RZ-S500W offer excellent sound, backed up by solid battery life and a tempting price.”

You may think of televisions or cameras, rather than headphones, when talking about Panasonic, but that’s going to change with the RZ-S500W, the company’s first pair of true wireless earbuds. Yes, we know. These are yet another pair to consider, and a pretty late entrant to the game, so what makes these tempting?

Currently available in the U.K. and coming to the U.S. soon, they cost 169 British pounds or an expected $199 U.S. That’s strong value considering they have active noise cancellation onboard, while rivals like Sony’s WF-1000XM3 cost $239 and Apple’s AirPods Pro cost $249. The question then becomes, do they have the audio chops to take them on?

The Panasonic RZ-S500W’s have been in my ears for a week or so (not permanently, but you get my meaning), and this is what they’re like.

It’s very hard to make true wireless earbuds attractive. Sony hasn’t really managed that feat, and Apple splits opinion with the AirPods. Panasonic has gone down the “let’s make them look like bolts” route, and while they’re not exactly pretty, they certainly are comfortable.

The bulk of the RZ-S500W sits outside your ear, rather than molding around your inner ear like the Samsung Galaxy Buds Plus, and rely on the tip to keep them in place. The balance is excellent and the 7-gram weight means they don’t pull on your ears or feel like they’re going to fall out. There are five sets of different-sized silicone tips included to find the best fit for your ears.

When they’re in your ears, don’t expect them to be subtle. Everyone around you will notice you’re wearing the RZ-S500W, not least because they poke out of your ears by some distance, but also because of the flashing blue LED inside the left bud. They don’t look any more ridiculous than most other true wireless headphones, but they don’t push the industry forward by introducing a slick new design either.

The buds are stored inside a plastic case with three LEDs under the hinged top that show the state of charge. Fitting the earbuds inside is a little fiddly, as they don’t seat quite as easily as Apple’s or Sony’s offerings. Once in place, they’re magnetically held down, and the top securely closes over them. On the back of the case is a USB Type-C charging port. Though smaller than the Sony WF-1000XM3’s case, it’s not as compact as the Samsung Galaxy Buds Plus case, or as wonderfully premium as Master & Dynamic’s shiny metal case for the MW07 Plus.

The RZ-S500W have a simple, no-nonsense design and a functional case, neither of which will be attracting admiring glances, but will do the job for which they are intended very well. It’s here where the reasonable cost may be reflected, but that’s fine because the money has gone into where it belongs: The audio.

Sound is delivered through an 8mm driver with a neodymium magnet in each earbud, and the resulting audio quality is bold, bright, and very enjoyable. Panasonic has chosen to tune the RZ-800W more neutrally, meaning the bass has not been artificially boosted and the vocals are further forward in the soundstage than headphones with a brand-specific tune like Beats.

Don’t take this as a lack of bass, as it’s quite the opposite. The bass is precise and controlled, and deep when it needs to be, but never overpowers mids or vocals. The earbuds aren’t overwhelmed by the deep bass during the opening to Tokyo Tower’s remix of KLF’s What Time is Love, where there’s more than enough sub-bass to feel. However, the RZ-S500W sound best when playing songs that rely on strong vocals.

In Keyakizaka46’s Hiraishin, the earbuds beautifully capture the group’s voices as they circulate the soundstage, without becoming too bright and while still delivering the track’s strong bass line. Some headphones lose the lead vocal in Gang Parade’s I Need You I Love You I Want You amid the driving beat, but that’s not the case with the RZ-S550W, which balances it very well.

Band Maid’s Choose Me keeps the lead singer’s vocals center stage, but never lets up on the lead and bass guitar, which makes for an exciting listen. Jidenna’s Long Live the Chief and Moses Mayfield’s Fall Behind are handled in the same way as Choose Me, with focused vocals and hard bass. While still a great listen, it’s clear the Panasonics adore female-driven pop and rock.

While the RZ-800W sound great, they can’t quite match the wonderful, involving, and perfectly balanced Sony WF-1000XM3. They come much closer to equaling Master & Dynamic’s MW07 Plus, but with more focus on vocals. I found they unsurprisingly came closest in tone and soundstage to fellow Japanese audio brand Audio Technica’s over-ear ATH-M50x, which are respected for their studio-like neutral sound signature.

The only disappointment is the lack of codecs. Panasonic has only added AAC to the RZ-S500W, which makes them usable with most mobile devices, but doesn’t bring the added quality advantages some may want from AptX or AptX HD, or a low-latency connection using AptX LL.

Panasonic uses a Dual Hybrid Noise Canceling system for the RZ-S800W, mixing feedback and feedforward microphone systems to eliminate unwanted noise from inside and out of the earbuds. I found it was great for general use, but didn’t find it isolated as effectively as the best models. Even without the Ambient mode active, I could still hear myself talk with ANC on, but traffic and general sounds around the house were effectively muted.

The noise cancellation settings are adjusted using the touch-sensitive panel on the right-hand earbud, where a long press toggles between on, off, and Ambient mode. You can also play and pause music using the touch controls, and they’re decent too. I had concerns over using multiple gestures this way, but I am happy to say it didn’t get muddled and, for the most part, responded in the way I wanted it to. A long press of the left bud activates Siri or Google Assistant, and Amazon Alexa is available with a software update, too.

Download Panasonic’s Audio Connect app and you can finely control the noise cancellation effect through 50 different levels. I found it made little difference to my use — I either want noise cancellation, or I don’t — and if more sound from outside was required, then ambient mode served the purpose better. Sound quality is slightly affected by the ANC, with music taking on a warmer, bassier tone. The app also has a Bass Enhancer setting, which wasn’t really necessary with the ANC on, but helped round out the sound when it’s off. A five-band equalizer completes the feature set.

Don’t get the RZ-S500W expecting world-beating noise cancellation, as they can’t match the amazing isolation created by the Sony WF-1000XM3, but they are excellent for general, everyday use around town and in traffic. Due to movement restrictions, I haven’t been able to test them out on public transport or an aircraft.

Panasonic says the playback time with ANC on is 6.5 hours, with a total use time with the charging case of 19.5 hours. It takes about 2 hours to charge the earbuds using the case. A battery meter can be found in the app, which shows individual battery levels for each earbud. Handily, a 15-minute charge provides 70 minutes of use.

At this stage of my review, I’ve no reason to doubt these figures, but I do question the accuracy of the battery meter. For the bulk of the review period, I had an extended listening session of at least 4 hours, during which time the app still said 90% of the battery was remaining, making any more precise estimation of performance difficult.

However, the case was down to its last LED light after at least 20 hours of use, meaning the battery life is a strong reason to buy the RZ-S500W. The battery life is longer than the AirPods Pro and around the same as Sony’s, making them usable for at least a week of significant commuting and casual listening before needing a complete recharge. It’s a significant benefit.

I used the earbuds connected to an iPhone 11 Pro, and the Bluetooth 5.0 connection was solid without any disconnections or stutters when moving around my apartment at up to 10 meters away from my phone. Panasonic has adopted an independent connection system to each earbud, which it says is more stable and efficient. I experienced no problems with delays or disconnections between earbuds.

During calls, the connection was also stable, but the sound quality for the person being called wasn’t great. Several times, I was told it sounded like my head was in a bag, yet I can confirm that at no point during any of the calls was I wearing a bag. The call quality for me as the caller was great, though.

The Panasonic RZ-S500W cost 169 British pounds, which converts to $213, and have so far been announced in the U.K. and Europe. A U.S. release is likely in the near future, where the price is likely to be around $199. Panasonic has a one-year warranty on its audio products, offering a free-of-charge repair or replacement.

Considering the RZ-S800W are Panasonic’s first widely available true wireless headphones with noise cancellation, it’s an excellent showing. The superb neutral sound makes them very easy to listen to, especially for those who love vocals. The experience overall isn’t especially detailed, but they are fun and engaging, and help you enjoy your music. The noise cancellation may not beat the best, but it’s still effective for general everyday use. Add in the competitive price, and the Panasonic RZ-800W are an enticing purchase.

You’re spoiled for choice when looking at true wireless headphones today. We recommend spending a little more to get the $230 Sony WF-1000XM3, which have a warmer tone, a smarter design, and the best noise cancellation system available. Apple’s $249 AirPods Pro are also worth consideration.

Samsung’s $149 Galaxy Buds Plus don’t have noise cancellation but do represent great value considering the sound quality, compact design, and long battery life. There are so many different models available, you should also take a look at our list of the best true wireless headphones you can buy for more alternatives.

The Panasonic RZ-S500W have an IPX4 water-resistance rating so they will be safe in the rain and from sweat, plus the plastic case feels durable and strong. The life span of all true wireless headphones is dictated by the battery inside, which will degrade and eventually return less usage time. However, this is unlikely to be a problem for several years. Panasonic is an established, trusted brand and these headphones meet expectations in terms of quality and build. 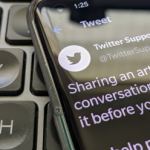 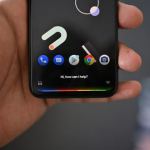