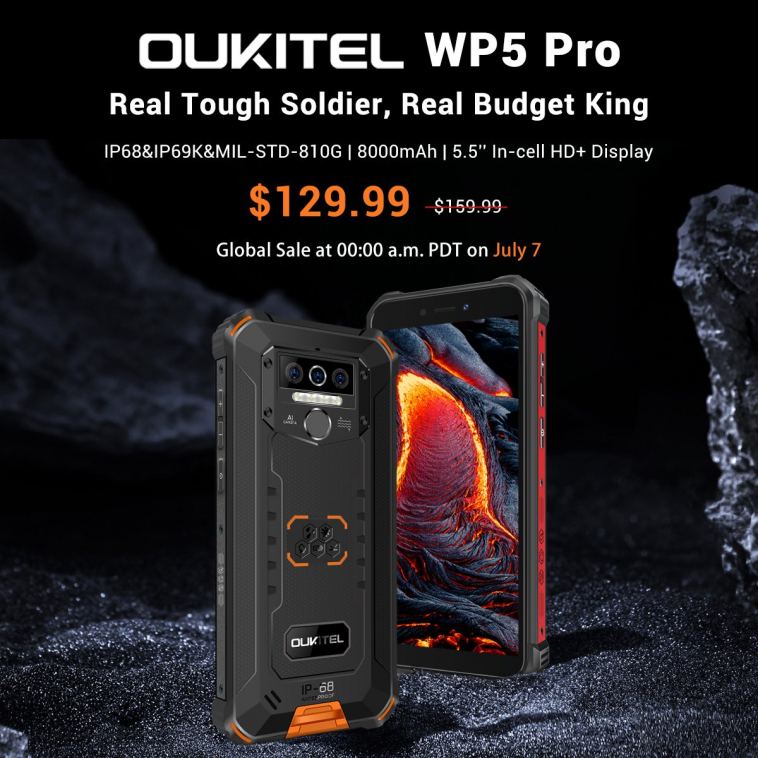 Oukitel is a popular Chinese company known for its rugged smartphones. Most of the company’s smartphones are well-received by the users. Oukitel WP5 Pro is the newest member in Oukitel’s brochure and offers competitive specifications at an affordable price. The newest budget smartphone features a 5.5-inch display, 8000 mAh battery and Helio A25 processor. It will premiere for $129.99 via AliExpress and Oukitel Official store for the users in Europe, South America and Russia. Oukitel WP5 Pro is a fully rugged device with IP68/IP69 certification for water-proof, shock-proof and dust-proof. It also packs MIL-STD-810G military-grade certification proving its ruggedness. It is a perfect companion for the users who often go on adventure trips or do work in a tough environment. The Oukitel WP5’s successor houses an 8000 mAh battery, which can last up to 38 days on standby. The smartphone is powered with Helio A25 chipset coupled with 4GB RAM + 64GB internal storage. It houses a beautiful 5.5-inch in-cell HD display with 1720 x 1400 pixel resolution. You will get a 5-megapixel front camera for beautiful selfies and video calling. There’s a triple-rear camera on the rear featuring 13-megapixel primary sensor, 2-megapixel depth sensors and a 2-megapixel macro shooter. There are four different flashlights which will allow the users to capture vivid and colourful photos even in the night. It will usually retail for $159, but due to the introductory discount, you can own it for $129.99. You can grab it at Global Sale starting on July 7 00:00 am PDT from AliExpress and Oukitel Offical Store. You can know more about the device by heading to the official website. The interested users can grab Oukitel WP5 Pro for free by entering the giveaway. There are 5 units of both the WP5 Pro and Oukitel C19 available via the giveaway. The results of the winners will be announced via the company’s Facebook page. 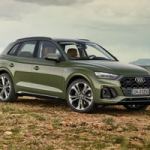 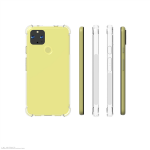