Do a search for the laptops with the best keyboard, and you’ll find Lenovo’s ThinkPad line at the top of every list. The company has kept the series’ dedication to a solid typing experience ever since it took over from IBM way back in 2005. The ThinkPad Keyboard is a way to bring that excellent keyboard, and its signature TrackPoint mouse replacement, to other devices.

This isn’t Lenovo’s first crack at a ThinkPad-branded keyboard, or even its first wireless option. But it is the latest and most advanced, bringing modern conveniences like multi-device pairing, a dedicated USB receiver, and USB-C charging. It’s exactly what you want from a ThinkPad’s keyboard, without the rest of the laptop.

And that would be almost perfect … if it weren’t for one design oversight that brings down the whole experience. If you can overlook the poor implementation of the Fn key, the TrackPoint Keyboard II is an easy recommendation. If you can’t, then I’d have to warn you away from it.

Like many modern keyboards, this one comes with multiple wireless options. You’ve got your standard Bluetooth and a 2.4Ghz USB dongle, which the keyboard can switch between at any time via a handy switch on the top edge. This switch doubles as a pairing button. While we’re up there, note the Windows/Android switch, which enables some basic mobile navigation commands on the F9-F12 buttons.

On the right edge, there’s a power switch, which is easy to find and activate without looking. Underneath are two thin but sturdy fold-out feet, which can get the keyboard angle up to about four degrees. They’re unobtrusive and easy to either use or ignore. Underneath the top edge is a slightly hidden USB-C port, which I’m very glad to see instead of MicroUSB. I’d be even more glad if it had an option for a wired connection, but nope, it’s just charging. There’s also a handy bay for stowing the tiny USB receiver.

That’s it as far as the non-keyboard part of the hardware goes. The keyboard uses a black plastic body, which is light, sturdy, and not particularly eye-catching, and the key legends appear to be laser-printed instead of dyed. I would have liked to see an option for backlighting at this price.

The Bluetooth connection was rock-solid, even through a wall or two, and I wasn’t able to drain a full battery charge in the two weeks that I used the keyboard.

The ThinkPad TrackPoint Keyboard II is exactly what it sounds like: a ThinkPad keyboard ripped off of the accompanying laptop and set free with wireless. That makes it an ideal companion to tablets, no matter what operating system they’re running. It’s also pretty darn good as a keyboard for a full-sized desktop, assuming you don’t need a number pad and you’re not onboard with more elaborate mechanical keyboards.

Oh, and it has the TrackPoint, with its necessary mouse buttons hanging out beneath the space bar. I’ll go ahead and get this out of the way. I know there are die-hard fans of IBM’s “nipple mouse” design, but despite genuinely loving ThinkPad laptops, I’ve never liked it that much. I find a conventional trackpad, and especially the glass gesture-compatible trackpads on modern laptops, a much better solution for going without a mouse.

I can say that the TrackPoint on this keyboard works identically to the ones on the ThinkPad laptops, if a bit stiffer. Notably, the central scroll button works precisely as intended on Windows 10, ChromeOS, macOS, iPad, and Android. That’s an impressive bit of compatibility work, even if I don’t personally like the tool. But if you do, you’ll like this version of it—the tip can even come off for an easy replacement.

Leaving aside the mouse input, typing on the TrackPoint Keyboard II is more or less the exact same experience as typing on any of the recent ThinkPads. The chicklet scissor-switch keys have firm pressure and pleasant travel, and the standard 60% layout for (almost) all the primary keys means I can get up to my full typing speed quickly.

It’s an efficient layout on this 14-inch wide slab, too: there’s room for dedicated Home, End, Insert, Page Up/Down, and Print Screen keys without resorting to the function layer. F1-F12 default to laptop hardware controls (volume, brightness, etc) but can be locked to standard function keys with FnLock. If you rely on any of these for your regular work, you’ll be glad to see the options here.

Which is why it absolutely pains me to report on the Fn key. Like ThinkPad laptops, it’s sitting in the bottom-left corner of the keyboard, squishing the left CTRL button aside. Unlike ThinkPad laptops, there is no possible way to swap the Fn and Ctrl buttons, so that your muscle memory for keyboard shortcuts can be preserved.

This. Drives. Me. Crazy. It’s the first thing I change on any laptop with this unfortunate design decision, and I hunted around for quite some time for the same option here. No dice. Unlike the F1-F12 keys, there’s no way to swap it in the keyboard’s firmware. Lenovo makes a driver program with a user interface for Windows, too, but it only has an option for a favorites command and TrackPoint adjustments. I emailed Lenovo’s representatives to confirm this: at the time of writing, there’s no way to get back a regular CTRL button layout on any platform.

For me, that’s a deal-breaker. Though I enjoy almost every other aspect of the ThinkPad II’s keyboard design, forcing me to adjust a couple of decades of muscle memory several times every hour means I can’t wait to get back to my standard keyboard.

I realize that this is a highly individual complaint, and some of my coworkers say it wouldn’t bother them at all. But others say it would (quote: “Ew, that’s awful,” “I would throw it out the window”). It would be an easy thing to account for in the design—Fn+Ctrl or Fn+Caps Lock to swap them, for example. So, that decision is what’s kept this keyboard from getting an Editors’ Choice.

I wanted to love the ThinkPad TrackPoint Keyboard II, and I almost do. It’s pricey ($100, $86 on sale at the time of writing) for a non-mechanical Bluetooth board, but its quality and pedigree justify that cost, and there are some excellent design elements here. I consider the TrackPoint a null bonus, but those who love it will be ecstatic at the option to use it on non-ThinkPad devices.

But geez, that Fn button. It messes with my workflow in ways that I just cannot get over. If that’s not a problem for you, then add a couple of points to this review score and consider it an easy recommendation. I’ll be on the lookout for a firmware or driver update from Lenovo, and if I see it, I’ll adjust this review accordingly.

One Little Button Keeps Me from Loving the ThinkPad TrackPoint Keyboard II originally appeared on HowToGeek.com 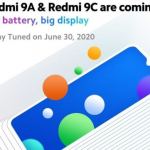 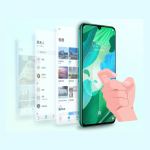