When we saw this story in our morning bullpen, one Review Geek writer opined, “I didn’t even know Olympus made digital cameras.” They did! Past tense. This morning the company announced that it will sell its camera business to Japan Industrial Partners, concluding the corporate niceties in September. Olympus has been selling cameras and lenses since 1936.

The statement from Olympus cited a declining market for high-end digital cameras in the face of rising competition from smartphones as the primary factor in its decision. The company has posted losses for three straight years as of March 2020, and even in the digital camera space, has been beaten by innovation from competitors like Canon, Nikon, and Sony.

Tech news junkies might recall Japan Industrial Partners as the firm that acquired, and then failed to rejuvenate, Sony’s VAIO laptop brand. Sony has continued with its various other properties, most notably PlayStation and movie and TV production, but Olympus has fairly limited consumer interests beyond its digital camera line, except for a few digital audio recorders and binoculars.

The company still sells diagnostic equipment to the medical, scientific, and industrial sectors, including the same segment it started with over a century ago: high-end microscopes.

Olympus is Sending Its Camera Business to Hades originally appeared on HowToGeek.com 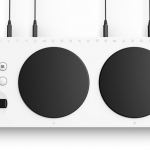 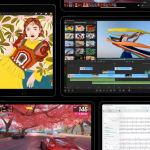