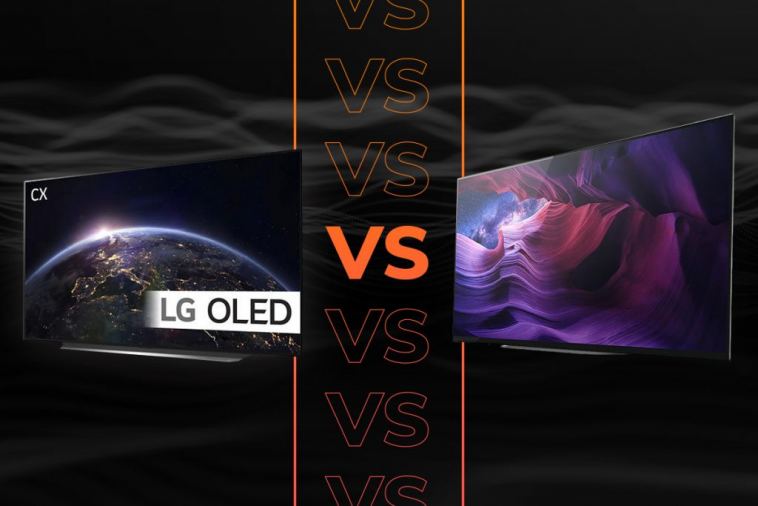 LG CX OLED vs Sony A9 OLED: LG and Sony have both chosen OLED screens for their premium TVs. With both launching 48-inch TVs in 2020, which model deserves your cash?

OLED TVs had been restricted in terms of size with the smallest being 55-inches. In an attempt to widen the appeal of the screen technology and make it more suitable for smaller living rooms, LG has conjured up a compact 48-inch model.

But as LG is both manufacturer and supplier, Sony has decided to spoil LG’s fun with its own 48-inch OLED. As the panels will be identical, it’ll come down to which brand can extract the best performance, and which offers the features you want.

The LG is already available, with the Sony set to follow. Which 48-inch OLED should you buy?

LG’s OLED48CX has an RRP of £1499 and is available at Currys PC World. The price may be more than anticipated, but we expected a premium price for this model compared to a conventional LCD LED.

Though the panel is the same, the design is subtly different. The most noticeable difference is the stand – Sony opted for a rounded aluminium pedestal, while LG has gone for a thicker, wider stand. The LG may offer more flexibility in terms of placement – it might be easier to put it on a mantelpiece/shelf – but either design seems good for smaller spaces. The Sony also has cable holders to minimise clutter around the back of the unit.

Otherwise they’re fairly similar aesthetically. Both have a thin-bezel design; the LG screen is 4.7cm deep (20cm if you include the stand) and total weight is 18.9kg. We’re still waiting for Sony to confirm these details, but we’d imagine they’ll be in the same ballpark.

The LG CX OLED has 4 HDMI connections with support for HDMI 2.1 (VRR, ALLM, high frame rate) and eARC. Again, we’re waiting to learn what Sony has in store, and we suspect it’ll support eARC but not have full HDMI 2.1 support. If so, that would be puzzling given the 4K/120fps-supporting PS5 is out in 2020.

We’d call this one a draw for now as Sony is still to confirm its full spec. However, if they didn’t support HDMI 2.1, that would give the advantage to LG.

Sony has continued its faith in Android with Android 9 Pie. While we’ve complained about the stability of Android TV, the 2020 edition appears to be more stable and fluid operationally. While Android doesn’t support the UK catch-up TV apps (such as BBC iPlayer), YouView is there to solve that issue with the likes of NOW TV, ITV Hub, All 4 and CBS Catch-up Channels UK.

LG has its own bespoke OS in webOS. It’s super-slick, easily navigable via its launcher bar, and filled with a large number of on-demand apps. The one big omission is the lack of UK catch-up apps. LG is still negotiating to get the individual apps onboard, but you won’t find Freeview Play on its 2020 TVs.

While Android TV has improved over the years, LG’s webOS is slicker. It gets the win, but until LG updates webOS, Sony’s YouView support is the better choice for UK catch-up apps.

LG has the Apple TV app on its latest TVs. There’s also Filmmaker Mode, which disables motion smoothing and processing to preserve the original vision of filmmakers. Dolby Vision IQ adapts DV content to compensate for changes in a room’s ambient light.

Sony support Apple TV but only through AirPlay 2. Sony decided to forgo Filmmaker Mode altogether as it believes its processing is better. It does support Netflix Calibrated Mode, which achieves a similar goal to Filmmaker Mode, but for Netflix content. Gaming-wise no specific features have been announced so far.

Both include AirPlay 2 and HomeKit. The Sony A9 comes with Chromecast built-in, whereas LG OLED CX does not.

The Sony A9 further differentiates itself with IMAX Enhanced certification, which supports films that meet IMAX’s requirements for high-quality colour, clarity and sound. It has its own optimisation tech for both picture and sound.

In our eyes the LG shades this battle, especially for gamers.

Both sets have the rich contrast and perfect black levels, which are OLED’s defining qualities. Both brands are in the Dolby Vision/Atmos camp, with support for HDR10 and HLG for broadcast. Neither care for the Samsung-backed HDR10+.

LG’s 2020 OLEDs are powered by the α9 Gen 3 processor, which uses AI to improve picture and sound. AI Picture Pro learns from LG’s database of millions of images to remove noise and optimise contrast and colour saturation. With its upscaling tech, faces are enhanced for clarity, and on-screen text is meant to be sharper and clearer.

AI Brightness Control adjusts the tone mapping for optimal brightness depending on the amount of light in a room. AI Sound Pro corrects sound depending on the type of genre; Virtual 5.1 Up mix takes two-channel stereo and turns it into ‘5.1’ and Adaptive Sound Control analyses what you’re watching and fine-tunes content – if you’re watching news, the TV will make voices clearer. With Bluetooth Surround Ready, you can add two compatible Bluetooth speakers to expand the sound.

The A9 is powered by Sony’s top-of-the-line X1 Ultimate processor. Sony’s Pixel Contrast Booster accentuates colour and contrast in bright parts of the image for a more lifelike picture. Object-based HDR remaster can examine individual objects on the screen and adjust contrast for more depth. The 4K X-Reality Pro can upscale HD images to near 4K-quality, while the X-Motion Clarity offers motion processing for clearer, smoother images. With the Triluminous display, the A9 can boost colours to look more natural.

Sound is provided by Acoustic Surface-Audio, which vibrates the screen to produce sound. Voice Zoom focuses on dialogue so you can hear what’s being said without turning up the volume. There’s a subwoofer in the rear to assist for more bass-heavy soundtracks.

We can’t make a decisive judgement yet, but we’re expecting these 48-inch TVs to offer a similar picture quality to their full-sized efforts.

So what have we learned? If you’re a gamer – console or otherwise – the LG is the better option unless Sony pulls a PS5 shaped-rabbit out of a hat. If you want access to UK catch-up apps, the Sony is better (at least until LG gets its act together).

The LG covers a wider array of features in Nvidia G-Sync, Filmmaker Mode and Dolby Vision IQ, which people may have more need for than Netflix Calibrated Mode and IMAX Enhanced. With Alexa and Google Assistant alongside its IoT hub, the LG is ‘smarter’ too. The Sony does have Chromecast built-in though, whereas you need an external Chromecast dongle on the LG.

We don’t know the price of the Sony so we can’t determine which is the better value. As such, with the LG available, that’d be the obvious choice for a compact OLED set if you’re after an OLED now. Be sure to come back as we’ll update this page with our impressions of these new TVs.

LG CX OLED vs Sony A9 OLED: Which 48-inch OLED should you buy? originally appeared on TrustedReviews.com 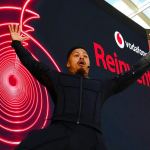