Widgets on the Home Screen

For the first time in iPhone history, the Home screen is changing. You can now place in-line widgets on the Home screen, along with app icons. Or, you can remove the app icons altogether and just have a wall of widgets.

Adding a widget to the Home screen is easy. Just tap and hold an icon until it wiggles (or tap “Edit Home Screen” in the popup). Next, tap the plus sign (+) at the top left to open the widget browser.

Tap a widget to see its different styles and sizes, and then tap “Add Widget” to place it on the Home screen.

You can move widgets the same as icons—just drag them wherever you want them. Some widgets are interactive, meaning you can swipe or tap them. Others will just show you information that automatically updates, like the date, time, or news.

Scroll to the bottom of the widget browser to see the different categories of available widgets. The “Smart Stack” automatically rotates widgets to show you relevant information throughout the day.

You can also now view all of your apps in the new App Library at the end of your Home screens (just keep swiping). Your iPhone now automatically organizes apps based on developer categorization, although you’re still free to make your own folders if you want.

This means you no longer have to keep every app on the Home screen. If you want to hide one entirely, just tap and hold it, and then tap “Remove App.”

You can hide an entire Home screen of apps, too; just tap and hold until all the icons wiggle, and then tap the dots at the bottom.

Want an even quicker way to access your apps? Simply pull down the Home screen to reveal the Search box and start typing.

Apple will finally let you change your default Mail and Browser apps on your iPhone. This means web and email links will now open in apps like Chrome or Outlook by default.

Unfortunately, a bug in the launch version of iOS 14 is causing this setting to revert whenever your iPhone restarts, but, hopefully, Apple is working on a fix.

Developers will have to update their apps to work with this new setting, so you might your preferred browser or mail client doesn’t yet work with iOS 14.

To change your default browser, launch the “Settings” app, and then tap the app you want to use (like Chrome). Tap “Default Browser” (or “Default Mail App”) to set the app as your default.

To revert to Apple Mail or Safari, you can simply undo your changes.

RELATED: How to Change Your Default Browser on iPhone and iPad

Apple consistently pushes for better privacy for its customers, and iOS 14 continues this trend. You can now choose to share only your “approximate” location with apps that request a GPS fix.

Tap “Precise” to toggle-On “Approximate” in the popup. You can also change your existing settings under Settings > Privacy > Location Services.

A new orange indicator appears above the Wi-Fi connection icon at the top of the screen (see the image below). This indicates your microphone or camera is being used. If you see this while using an app, you can revoke permission under Settings > Privacy.

Safari also has a new Privacy Report feature that displays which websites are tracking (or attempting to track) you. Tap “AA” in the URL bar of any website to check it out.

Also, while we’re on the topic of tracking, next year Apple will require all apps to obtain explicit permission from you before tracking.

Also coming soon are expanded App Store descriptions with more information about an app’s privacy practices. This is self-reported information and will be designed to be easy to read and understand. iOS 14 also makes it easier for developers to adopt the “Sign in with Apple” single-sign-in method, which anonymizes you, making tracking harder.

Apple has also added a new permission level for apps that want to scan your network for other devices, like smart home gadgets and wireless displays.

One of the iPad’s best features is now also available on iPhone. Videos in apps and on websites can now exist in floating windows, which you can move around the screen, or collapse entirely. To do this, make a video full-screen, and then tap the Picture-in-Picture icon to open a new floating window. You can also do this on FaceTime calls.

While the window is on-screen, you can flick it to either the left or right to collapse it entirely, without pausing the video (or call). Tapping a video allows you to pause it, or rewind or fast-forward in 15-second increments. You can also pinch to increase or decrease the window’s size.

Unfortunately, not all apps support this feature. YouTube gates off its background playback behind YouTube Premium, so you won’t be able to use this feature in the YouTube app.

RELATED: How to Use Picture-in-Picture on iPhone

Talking to Siri and receiving incoming calls is now less distracting, thanks to compact overlays that no longer take up the whole screen. Calls drop down from the top like a regular notification, while Siri appears at the bottom of the screen and delivers information in boxes at the top.

This isn’t really a feature, but more a quality-of-life improvement that makes it easier to answer or end calls.

Messages Gets an Update

Just like WhatsApp, Messages now allows you to reply to messages in-line. To do this, simply tap and hold the message to which you want to reply, and then tap “Reply.”

This works correctly if the recipient also has iOS 14 installed—if not, your message will be sent as a regular reply with no quote.

You can also mention participants in a chat to draw their attention to a particular message. To do this, just type the at symbol (@) followed by the contact’s name; iOS will convert it to a blue mention.

Messages also now allows you to pin conversations so they’re always at the top of the list. To do so, launch “Messages” and leave any conversation you’re currently in. Next, swipe from left to right on a conversation, and then tap the yellow Pin icon.

Pinned conversations appear at the top of your screen in chat bubbles. To unpin one, just tap and hold the chat bubble, and then tap “Unpin.”

Another change is the option to apply a photo or icon to a group chat. To do this, tap the conversation, and then tap the names of the participants at the top of the chat. Under “Info,” you can tap “Change Name and Photo” to add an image from the Camera or Photos apps, the emoji list, or any of Apple’s included icons. Tap the Pencil icon to add a handwritten name.

Use App Functions with App Clips

With a new feature called App Clips, you can use near-instant, compact versions of apps without having to download the full version. App Clips can be used for scanning App Clip or QR codes, NFC tags, or via apps like Messages and Safari.

The intention is to allow you to do things like quickly rent a bike or pay a parking fee without having to deal with a lengthy download or sign-up process.

Since App Clips are new, there aren’t too many examples of them in the wild right now. It will likely take a few years for the feature to really take off.

Game Center Is Back

Apple removed the Game Center app in iOS 10 and macOS Sierra, but it was always alive and well behind the scenes. Now, it once again has a dedicated area under Settings > Game Center.

There, you can manage your friends list, browse your achievements, and customize your profile.

There are a lot of improvements in iOS 14 (too many to list in a single article). Many of them are a bit hidden, like the new accessibility feature, Back Tap. You’ll find it under Settings > Accessibility > Touch. This allows you to double- or triple-tap the back of your device to access two new shortcuts.

Ever spend too long looking for the perfect emoji? iOS 14’s emoji-picker now also includes a search bar, so you can quickly find the one you’re looking for.

Apple Maps got an update, too, with curated Guides for cities around the world (not that you’ll be using them much in 2020).

AirPods will also now change devices automatically. This means if you take a call on your iPhone, and then pick up your iPad, your headphones will automatically switch to your iPad.

The new Translate app (installed by default when you upgrade to iOS 14) has a hands-free conversation mode and offline translation features. The Home app will now suggest automations based on your connected devices. Your smart doorbells will also be able to identify people you’ve tagged in the Photos app.

Developers can also now make subscriptions shareable via Family Sharing (at their discretion, of course).

iOS 14 is compatible with the iPhone 6s or later, both versions of the iPhone SE, and the iPad Touch seventh generation. It’s free to download, just head to Settings > General > Software Update on your device.

Before you upgrade, though, make sure you have a current iPhone backup stored either on iCloud or your computer. 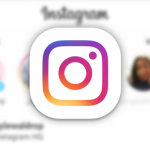 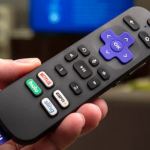