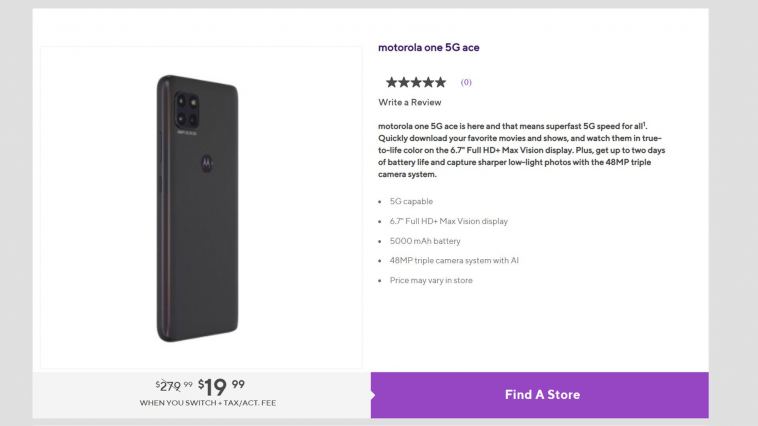 The price of 5G phones seems to be in a nose dive. Metro, formerly MetroPCS and now a sub-brand of T-Mobile, is selling the cheapest one we’ve seen yet: just $20. It’s a new budget model from Motorola, the One 5G Ace. But as you might expect with a price that low, there are a few strings attached.

One, the deal is only available on Metro stores—retail stores, that you actually have to enter, with your fleshy human body. Two, you need to switch service from another provider in order to qualify for the discount. Without it, the Motorola One 5G Ace is $279.99. Which, to be fair, is still a pretty great price for a phone with a 5G radio.

As for the rest of it: it’s an interesting gadget. With a 6.7-inch 1080p screen and a massive 5000mAh battery, it’s on the far edge of the scale for size in 2021. Those who like big, bright displays and long browsing sessions will certainly appreciate it. The Snapdragon 750G chip is perhaps more than you might expect from a budget model, ditto for the 128GB of storage.

The phone has triple rear cameras and a fingerprint reader (it’s hiding in the Moto logo), but lacks any more premium features like wireless charging. It’s running an outdated version of Android 10. The unlocked version, currently sold on Motorola’s site, is $400.

Metro’s site is directing prospective buyers to their nearest Metro store locations via an online tool. Given how in-demand such a phone might be, and how Metro might limit supplies to areas that actually have 5G service at the moment, I’d call the store and double-check to see that they have phone in stock before making the trip.

Just $20: Switch to Metro And Get a Motorola One 5G Ace for Dirt Cheap originally appeared on HowToGeek.com 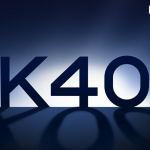 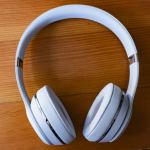