The review is coming just about a month after the 2020 iPhone SE’s audio was reviewed by DXOMark with a rating showing it is among the best for mid-range smartphones. The camera review didn’t perform badly either, as the device received an average score of 101 points for the back camera and 83 points for the selfie camera. The main camera recorded a score of 103 points for photos and 98 for videos which brings the overall score to 101 points. While the budget-friendly Apple device offers comparable quality in many respects to the more expensive iPhone 11, its single-camera setup falls short for zoom and bokeh shots compared to the top-performing models on DXOMark.

The lack of an ultra-wide camera is also identified as a disadvantage and is the main difference between it and the iPhone 11. The overall score is the same with those of the iPhone X and Pixel3A but is lower than the Redmi K20 Pro which has an overall score of 102 points. 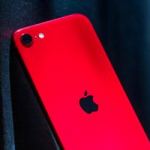 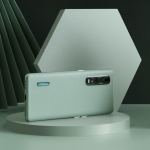