Sick of Minecraft’s awkward controls on iPad? In a spat of new WWDC sessions, Apple announced that it is expanding the Game Center, improving gamepad support, and enabling keyboard and mouse controls on iOS 14, iPadOS 14, and tvOS 14.

That’s right, Apple sells an iPad keyboard for $300 but still doesn’t support keyboard and mouse gaming. Not every game requires keyboard and mouse support, but popular titles like Civilization, Fortnite, and Minecraft are easiest when you’ve got a mouse and keyboard on hand.

What’s that? You prefer to play those games with a controller? Well, you’re in luck—Apple is adding zone-based rumble support to wireless gamepads, so your Xbox controller will feel more like the wheel of a car or the handle of a recoiling gun. The company is also adding button mapping to all controllers, with the option to map buttons globally or for specific apps and games.

The 2020 OS update brings Xbox Elite Series 2 controller support to Apple’s products, along with developer support for the DualShock 4’s Lightbar and Touchpad. The company hasn’t clarified if the DualShock 4 touchpad works as a mouse or “pointing device” outside of games.

Along with all its controller improvements, Apple is refreshing the Game Center with a cool new design, detailed gamer profiles, cleaner leaderboards, and expanded multiplayer functionality. It looks like a design update, but behind the scenes, Apple is making it super easy for developers to add achievements, multiplayer support, and other social quirks to games.

The iOS 14, iPadOS 14, and tvOS 14 updates come this fall, so now’s the time to start saving up for an iPad keyboard. Most iPhones and iPads are eligible for the updates, although some older devices will get left behind. 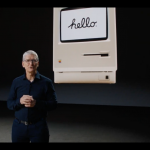 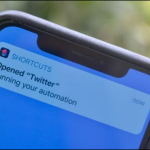