The final version of iOS 14 will be released in the fall alongside the heavily rumored iPhone 12. But I got my hands on the developer beta of iOS 14 and was able to try out many of the features including the Translation app, Back Tap, new group Messaging options and new Memoji customizations, which include the option to add a face mask.

This isn’t a review of the developer beta software. Rather it’s a hands-on preview of some of the significant features in iOS 14 and how they work.

The iOS 14 home screen is the same, but also different

At first glance, an iPhone 11 running iOS 14 doesn’t appear to be any different. All of my apps are right where they were in iOS 13. But a simple swipe to the right reveals a page called the App Library, which organizes all my apps in one place.

It would be easy to compare the App Library to the Android app drawer. But Apple has put its own twist on things by grouping apps into categories. Twitter, Instagram and similar apps are grouped together under the Social category, for example.

The groups look like large app folders but there’s no need to open one up to get to an app. You simply tap the app and go. Groups with more than four apps, have mini app clusters. You can tap them to expand the cluster and then tap the app you want.

When you open the App Library search bar, an alphabetical list of all your apps appears. So between Siri, search, your home page and the options on the App Library page there’s now a bunch of ways to find and open your apps in iOS 14.

Widgets can be pinned to your home screen

With the announcement of iOS 14, Apple now has three forms of apps: There are apps, widgets based on those apps and App Clips. That last one I’ll talk about momentarily. In iOS 13, widgets showed up in the Today View page to the left of the home screen. But now you can pin widgets directly on your home screen. You simply long press on the screen, tap the plus button and the Widget Gallery pops up.

The Widget Gallery is a mix of suggested widgets as well as a list of apps that have a widget you can install. Obviously, since this is the developer version the only widgets are currently for Apple apps.

Each widget comes in three sizes: small, medium and large. Widgets have a fixed width that lines up with app columns on the home screen. So you can’t put one in the middle of your screen. Having widgets that are different sizes integrated among my apps makes the iPhone home screen look contemporary and compelling. And let’s acknowledge there is definitely a Windows Phone tile vibe going on, which isn’t a bad thing.

Widget stacks and the Smart Stack

Perhaps one of the coolest customizations on the home screen is a widget stack. You create one simply by dragging one widget on top of another that’s the same size. To view the widgets in a stack, you swipe up or down, which brings a different one to the top.

Who would have thought widgets could be so exciting in 2020? And before you comment, I know Android did widgets a long time ago. But it’s lazy to dismiss iOS 14 widgets simply as a copied feature, especially since Apple’s put its own spin on widgets with what’s called a Smart Stack.

iOS 14 creates a Smart Stack of widgets based on the apps you use the most and the time of day you use them. So if you use the Maps app regularly after work, that’s when that widget will be at the top of your Smart Stack. If you always check the weather in the morning, then that’s one the top when you wake up. Your iPhone curates your Smart Stack for you. I’m excited to see how this will work after I’ve spent more time with iOS 14.

I’m sure many people will never touch a widget or Smart Stack in their lives and will never be the wiser, which is why Apple’s implementation is savvy. In one sense, nothing’s changed on your home screen. But in another, so much is different.

App Clips are basically mini apps for your iPhone

iOS 14 brings an entirely new way for you to interact with an app. It’s called App Clips and is aimed at apps that aren’t on your iPhone. Essentially, an App Clip is a mini app with limited functionality as determined by the app’s developer. The idea is you don’t have to take time or phone space to download an entire app and instead you can have a fast experience.

During the WWDC keynote, Apple showed off a customer signing up for a rewards club at a coffee shop via an App Clip. QR codes and NFC can trigger an App Clip. But you can also send them via a friend for ordering food, or find one for a business in Maps.

If developers widely adopt App Clips, it could help keep your iPhone decluttered and change your relationship with apps.

If you have apps that you use infrequently but don’t want to delete, you can put them all onto a page and hide it. You still have access to the apps via search, Siri or the App Library, but they’re out of view.

In theory you could hide all your apps, fill your home screen with widget stacks and still be able to use your iPhone. I think I’m going to have to try that at some point.

Picture-in-picture comes to your iPhone

After being on the iPad for a number of years, the picture-in-picture video feature has arrived on the iPhone via iOS 14. To be honest, it’s more like picture-in-home-screen video, or picture-in-different-apps video. This works not only for videos but also FaceTime calls.

I love being able to turn my FaceTime chat into a tiny window so I can access something else on my iPhone. It allows me to keep the conversation going without that blank screen showing up to people on the other end of the call. And you can pretty much move the mini FaceTime window anywhere you want.

Videos work similarly: If I’m watching a video in fullscreen via an app like Safari, I can swipe up to enter the app switcher view and then tap the home screen to minimize it. You can resize the video window and move it around accordingly. If you push it off to the side, the audio will keep playing without the picture.

Set a third-party browser or mail app as default

It wasn’t mentioned in the keynote, but at the bottom of the iOS 14 preview page on the Apple website is a small announcement for a feature many of us have yearned for: You can now choose system default apps from third parties.

iOS 14 adds the Translate app to your iPhone

The new Translate app has a couple of modes. In the vertical position you can have it translate words and phrases as well as showing the definition of those words. When you rotate it into landscape, it enters conversation mode, allowing each speaker to have half the screen with their translation showing. You can even have the app show the translation in full screen or speak it for you.

Google Maps has had directions for bike routes for a while. But with iOS 14, Maps is adding cycling directions of its own. And there are some well-thought out options: You get elevations and warnings about streets or where you’ll need to walk your bike. You can also toggle options to avoid like stairs, hills and busy roads. Bike routes in Maps show locations such as bike repair shops and coffee shops along the way. At launch, cycling directions will only be available in a handful of cities.

Green light means your camera is on

Trigger a shortcut by tapping on the back of your iPhone

There are a ton of new accessibility features, but one that stands out to me is Back Tap. In the Touch section of the Accessibility settings you can enable Back Tap, which lets you trigger an action or shortcut by double-tapping or triple-tapping the back of your iPhone. For example, I can double tap to bring up the Control Panel. And if I double tap again, the Control Panel goes away.

You can select from over two dozen actions and shortcuts to be triggered with Back Tap like taking screenshots, or bringing up the magnifier.

Sound Recognition can alert you to alarms and animals

Another compelling Accessibility feature is called Sound Recognition. It can alert you if your iPhone detects specific sounds, such as a fire or smoke alarm, or an animal. You select which sound you want to be notified about and when your iPhone detects one of those sounds, it will notify you with an on-screen alert.

If you’re big on group threads, iOS 14 makes them even more manageable. You can mention a specific person in a thread and only alert that person. You can also pin conversations to the top of the app.

There are a bunch of customizations, including new hair and headwear styles for Memoji, as well as the ability to add a face mask.

Phone calls and Siri get small

Instead of an incoming call taking up your entire screen before you answer it, it will now show up as a banner notification across the top. You tap to answer or swipe it away.

Siri, which had a similar bad habit of taking over your entire screen, now appears as an animated orb at the bottom.

Another iOS 14 beta is on the way

A public beta version of iOS 14 will launch in July. iOS 14 will run on the same iPhones that are supported in iOS 13 — specifically, the iPhone 6S and newer. 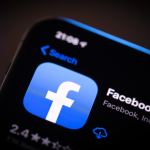 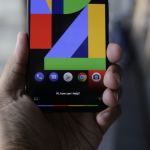