The Microsoft Store is dead. The company wants out of retail, and already the comments about empty stores are flying. I worked at a Microsoft Store for just under three years, and I owe my entire writing career to that time. Every community that hosted a Microsoft Store just lost a valuable resource and will be diminished for it. I’ll mourn the loss of culture outreach, education, and community service.

It Took Forever to Get Hired

I didn’t always have the absolute best work-from-home job a guy could want. Back in 2011, I was a manager at a Radio Shack. Yes, I know. And I wanted out badly cause I could see the writing on the wall and I had a child on the way. I managed to jump from that fast-sinking ship to a slower sinking ship called Best Buy. But my real hope had been Microsoft.

You see, I’ve always been a Microsoft fan. Every computer I owned up to that point ran Windows, I owned a Zune, and I still prefer Xbox over Playstation and Nintendo (but I own them all). But, I thought working for Microsoft was a pipedream.

I applied the moment I found out the company planned to open a Microsoft Store in Cincinnati, but months later, I hadn’t heard back. So I jumped to Best Buy. And a month in my new job, I got the call for an interview. That led to more interviews. And eventually, I got the good news that I was hired—for a part-time sales gig. It was a huge step back from my manager’s salary, but I knew it was worth it and I said yes.

The Microsoft Store in Cincinnati wasn’t open yet. I was among the first employees hired to work in the store. At the time, each store had a manager, assistant managers, a community development specialist, business liaison, teachers, technical advisors, and product advisors. The techs worked on computers; the product advisors sold stuff and taught classes.

I had plenty of experience selling stuff, and I thought I knew a lot about computers, so working my way up to tech advisor was the dream. Over the next three months, I learned how little I knew about Windows, computer hardware, and even sales. We trained Monday through Friday, 8 hours a day, 40 hours a week. And through all of that, we didn’t make the company a single penny in sales.

The company often went above and beyond to make sure we had the tools for the job, whether that be free Windows Phones, Surface RTs, or heavy discounts on the Microsoft Band and the Surface Pro.

RT @MicrosoftStore We are officially open! Come down to Kenwood Towne Centre and celebrate with us! #GoMicrosoft pic.twitter.com/RxWaJv72

The training process, and my time spent on the sales floor and then later as a technical advisor, made me immensely more knowledgeable about Windows, about hardware, and electronics in general. I learned how to troubleshoot hardware drivers, Windows license issues, safely backup and migrate user data, the usefulness of various editions of Windows, why Signature PCs mattered, and more. That knowledge informs nearly every article I write.

But along the way, Microsoft also taught me about serving by teaching others, and even serving my community.

Learning to Teach Others is a Critical Skill

These days, Microsoft enjoys a fairly good reputation. It may not be Apple levels of fanaticism, but it’s better than when I joined the company in 2012. Then it was the butt of many jokes, and it had a damaged reputation that it fully earned.

Though many good choices—such as bringing Office and other apps to every platform imaginable or fighting for console crossplay—helped improve that reputation, I like to think Microsoft Stores did a lot of the hard work in the early days. Microsoft Store employees were brand ambassadors.

Cincinnati @MicrosoftStore is packed. New Surface looks awesome. Would give up iPad for it. Nice job MSFT! pic.twitter.com/faVKQm04

As a product advisor, I used to teach classes to boy scouts, girl scouts, and the general public. When scouts came in, I taught them how to create movies with movie maker, how to take better photos with digital cameras, and more. General public lessons were the same, but the Microsoft Store also handed out personal lessons.

I often spent an hour one-on-one with people unfamiliar with Windows and computers. In one case, I spent months with a woman who had short-term memory problems. She desperately wanted to learn computers but had trouble retaining the info. So every week, I made her drive. It was a trick Microsoft taught me—sit on your hands. By sitting on my hands, I couldn’t point, I couldn’t grab the mouse, I couldn’t drive.

Instead, I gave her verbal clues and guidance, and little by little, she got better and better. Until she was comfortable checking her email and navigating social networks, eventually, she could finally work a computer on her own.

Those lessons transferred to my role as a tech advisor, where I fixed computers. Yes, I removed viruses, and cleaned up PCs, and replaced broken laptop keyboards and displays. But I did more important things like recover years of data locked behind a bad virus or faulty harddrive.

I also taught safe browsing and backup habits to prevent those events from happening again. And I restored faith in Microsoft by saving the day. Every Microsoft Store employee did this with nearly every interaction.

That’s an ethos that bled into serving the community.

Serving the Community Around You

Something momentous happened during my three month training period at Microsoft. My wife gave birth to my son. The fact that Microsoft hired me knowing full-well of my situation (I unwisely mentioned it in my interviews) always stuck with me. But what the company did next blew me away.

As a new employee, I wasn’t yet eligible for any benefits. But Microsoft gave me time off anyway. Even though that meant I wasn’t training, and I wasn’t earning the company any money, it didn’t care and gave me the time I needed to be with my newborn son.

Then it sent my son a care package. That’s something Microsoft does for every employee, and I know that because recently, another employee I worked with (who remains with the company) got the same care package. It includes a letter addressed to the child, an onesie, a blanket, and other gifts. That kind of care and deliberation extends to the communities Microsoft Stores inhabited.

From the beginning, Microsoft Employees were highly encouraged to volunteer at local causes in our area. The company even matched our time spent with donations to that cause. When I worked at the Cincinnati Location, several of us frequently made breakfast for parents staying at the Cincinnati Ronald McDonald House.

“Empowering cancer patients while enduring chemo” was Susan Kromer Hunt wish. She applied to Microsoft Make Your Wish to…

Posted by GIVEHOPEpc on Saturday, January 26, 2019

Those parents were often from out of town (sometimes out of the country), and struggling to care for a sick child in the local Children’s Hospital. Just that act of providing one fewer meal they had to think about or pay for made an immense difference in people’s lives.

Others volunteered for other charities, and along the way, I made a lifelong friendship. As I helped a person through a personal training session, she mentioned that she ran a non-profit organization focused on pancreatic cancer.

I introduced her to our leadership in charge of charities, and Microsoft got involved, donating time, money, and hardware to the non-profit. I got involved with the charity and continued to teach its leader about Windows, Excel, OneNote, and more. Later that year, I officiated her wedding.

As a company, Microsoft invests in charities and good causes, and that will continue without the stores. But Microsoft Stores directed that investment into local charities, local causes, local communities. And without them, that focus is lost.

More Than a Retail Store

It’s easy to think of the Microsoft Store as a simple retail store. When you stepped into one, it bombarded you with laptops, desktops, tablets, Xbox games, and giant screens advertising products and services.

And yes, Microsoft Stores offered similar products and services to other stores like the Apple Store or Best Buy. But Microsoft Stores did more than that. They raised and trained knowledgeable leaders invested in the brand. It taught us how to teach others, invaluable skills when you want to write for a site with “How To” in the name.

I’m so sad to hear of @MicrosoftStore closing. Microsoft stores are what were the foundation of my gaming events and for a lot of players that I met, they would always refer it to as “home.”
Here’s some of my favorite pictures/events I ran. pic.twitter.com/6PQNvIblvx

It taught us to better evaluate the technology we encountered. We lived through the failure of Windows 8, embraced the shift of Windows 10, and learned not to let our investment in the company prevent us from seeing what wasn’t good enough, what could be better, what needed to happen next. Invaluable skills if you want to write for a site with “Review” in the name.

But most of all, Microsoft Stores taught its employees to invest in the people around them. To invest in communities, to share knowledge, and do so freely. I left Microsoft because I wanted a job that didn’t require working retail hours. I still miss the family it created, the good that I accomplished. Most Microsoft Store employees leave sooner or later, but they take that knowledge with them to new places and improve their communities. Then Microsoft Store trained new employees, and the cycle continued.

1/ The end of the ⁦@Microsoft⁩ stores is a loss for all who like tech. I still remember how exciting it was to visit my first Microsoft store with ⁦@KatieBoehret⁩ in Bellevue, WA, in 2012. https://t.co/XzZYMfAnGA

But now Microsoft Store is dead. And some people will say that it was inevitable that the stores were empty, that the company simply stole or copied the concept, and it deserved to die.

Honestly, I didn’t expect the news of the store closures to hit me this hard, but it has. I may have left Microsoft Store, but I didn’t realize how much of my heart I left behind. It changed me in profound ways, and I’m sad that others will miss out on that experience. The world will spin without the Microsoft Store, but it will turn differently. And that makes me sad.

I Worked at a Microsoft Store and I’m Sad They’re All Closing originally appeared on HowToGeek.com 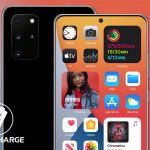 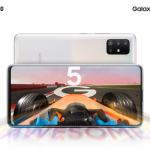