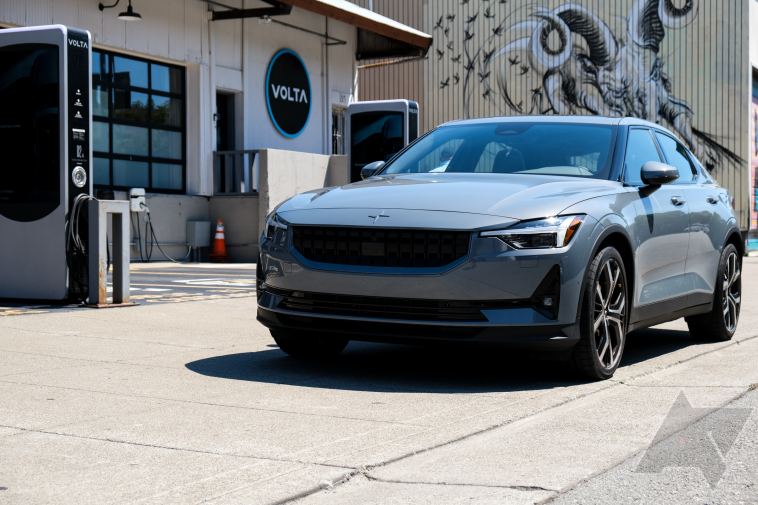 In all likelihood, Android Automotive is a flavor of Google’s near-ubiquitous operating system you’ve never actually used, and probably won’t (statistically) for a long time yet. It’s also, in my eyes, the most important version of the platform since the original. About two weeks ago, I spent four days with Automotive in the Polestar 2, an EV from the sister brand of Swedish carmaker Volvo, that launched in the United States in 2020. I also drove it last year for a few short hours, and didn’t exactly have the time to fully flesh out my thoughts on the car, the software, and how it all works together in a cohesive way. This time, I had the leisure of living with a Polestar 2, anemic charging infrastructure and all, as my daily driver, with Android Automotive as my steadfast copilot. And you know what? The future of Android looks bright.

Not much has changed functionally since I tried Automotive in the Polestar 2 last summer. That may sound disappointing for a platform that promises rapid, over-the-air updateability and access to a wide array of third-party apps, but remember: the automotive world moves slowly — even if the Polestar 2 itself is very, very fast. What I was looking for in my second go around with the car were the various bugs and issues I encountered on that first drive, and I was pleased that I basically failed to find them. Polestar informs me that since my drive of a prerelease version of the software, a number of OTAs have gone out with various bugfixes and optimizations, and I believe them. So, let’s talk a little bit about what makes Android Automotive tick, and just why you should care about it, shall we? 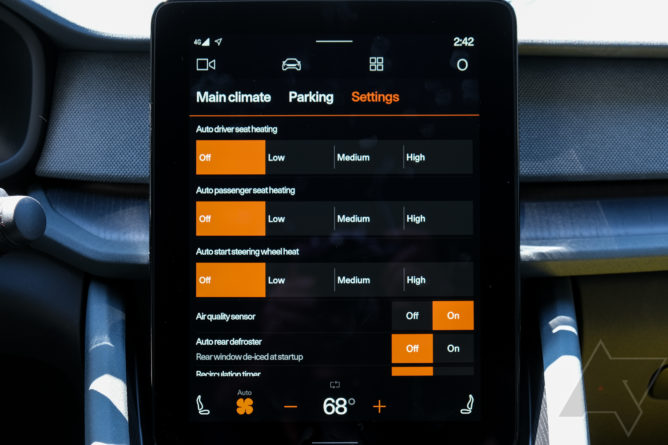 Android Automotive exists because carmakers are not actually very good operating system architects. This should come as a surprise to no one. A car manufacturer suggesting they can build a competitive ground-up OS with a GUI and applications is a bit like Ben & Jerry’s trying to sell you a freezer. Yes, it is a fundamental and crucial part of the larger product experience (in one case, a car, in the other, ice cream), but no one is suggesting a creamery should get into the consumer refrigeration space. Many carmakers, contrary to what you may believe, already kind of understand this. They outsource to the likes of Harman, LG, Bosch, and other big name automotive suppliers who develop the OTT (Over The Top) software OS for various vehicles, skinned up and designed to the manufacturer’s specifications. The problem is that these companies are also generally not very good at this. Just imagine if because Ben & Jerry’s used Google Workspaces as their corporate software suite and Google Cloud as their cloud computing platform, they decided to also outsource their TV advertising operations to Google. In a weird way, it makes sense, but you are very clearly choosing streamlined convenience over a demonstrated track record of success. If you can understand this rather tortured analogy, you can understand why most car software really, really sucks. Enter Android Automotive. 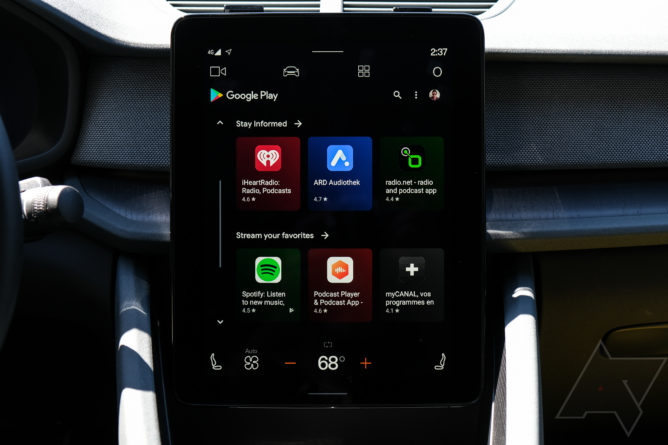 Automotive is a technological canvas upon which to paint, rather than a larger, consistent aesthetic and navigational framework.

Automotive is, first and foremost, designed to be something you do not see. There is no Google branding (outside the Google Assistant, Google Maps, and any other Google apps that happen to be installed). Nothing about Automotive inherently feels like Android. The entire interface can be customized almost endlessly by the vehicle manufacturer, so that no two brands’ takes on Automotive may look at all similar to one another. Automotive is a technological canvas upon which to paint, rather than a larger, consistent aesthetic and navigational framework (the latter of which is the situation with Android on smartphones). Polestar’s take on Automotive is fairly simple, with a big, intuitive tile interface that helps you get around the various functions and features of your car. Most likely, this UI is just a glorified version of a launcher with some system-level apps that have permission to speak to the car’s proprietary, locked-down real-time OS for gathering vehicle status information and other data; like the cabin temperature, seat settings, remaining battery, and stereo tuning. These apps look very pretty and basically work in the way you’d expect them to. 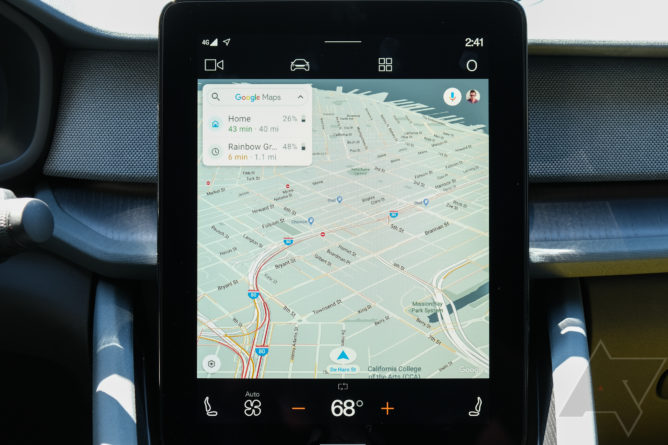 The excitement, if you will, lies in the apps and resulting interfaces the carmaker does not have control over. Apps like the Assistant, Google Maps, Spotify, and YouTube Music (… which collectively comprise two thirds of all available Automotive third-party apps at the time of this writing). Google Maps feels like Google Maps on a giant tablet! Spotify feels like Spotify… on a giant tablet! You get the gist. The point is, these apps feel like they were designed to be used on a big screen, and they can be updated through the Google Play Store to add new features and functionality down the road just like the apps on your smartphone. This is the big promise Automotive brings: that your car will get smarter, better, and more useful over time. That’s something to get excited about, even if it does yet remain early days.

Assistant leaves Siri in the dust: it’s absolutely no contest.

The other beauty of Automotive is the sign-in process: it’s fast, it’s simple, and you don’t need to plug in or wait for your phone when you get in once you’ve gone through that first pairing. Hell, beyond the initial setup, you don’t even need the phone! You just hop in the car, say “Hey Google” (or tap the voice control) icon, set a destination, and go. You can toss your phone on the ample Qi wireless charging pad (by the way, Automotive works just fine with iPhones!) and spend the rest of your journey listening to tunes, a podcast, and maybe figuring out where the nearest charging station is — something Google Maps is very good at. It’s simple, you don’t have to think about it, and it largely just works. That’s an experience I can’t say I’ve had in any other car. The Assistant is a robust partner for in-vehicle applications, swiftly and almost always successfully scouting out locations and addresses, setting the cabin temperature, or switching up your tunes. As someone who’s been spending a lot of time with Apple’s rather wonderful CarPlay lately, Assistant leaves Siri in the dust: it’s absolutely no contest. The Polestar 2 is the smartest car you can talk to on the road, bar none.

It’s still early days for Automotive, and I still think it has a lot of growing to do. But in the better part of a week I spent with the Polestar 2, all the signs are pointed in the right direction for the platform. For the first time in a long time, Android feels like it has a lot of space to explore, and a lot that Google’s products and services could expand to offer in a useful, everyday context. Color me excited. 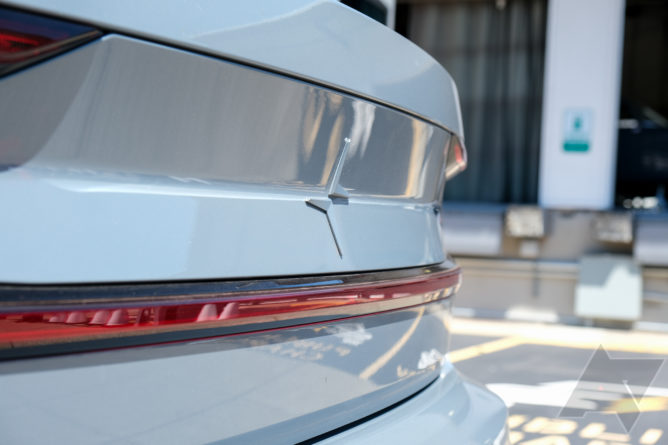 I lived with the Google-fied future of cars, and it excites me originally appeared on AndroidPolice.com 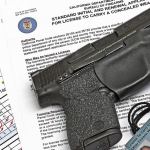 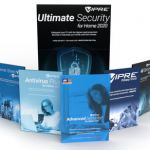