Top tier flagships became incredibly expensive but also incredibly powerful. Unlike 2019, this year, Samsung and Huawei launched three variants of their flagship lineups. The most expensive variants are the Huawei P40 Pro+ (which just hitten several European markets) and Samsung Galaxy S20 Ultra. Meanwhile, Motorola is back in the flagship segment after years of silence with its Motorola Edge+. All of these devices carry a price tag superior to €1,000, but are they worth the money asked? And which one should you prefer? We will try to answer these questions through the following specs comparison between Huawei P40 Pro+, Samsung Galaxy S20 Ultra, and Motorola Edge+.

If I had to make a choice by considering the design only, I would go for the Motorola Edge+. First of all, it has a higher screen-to-body ratio. It is more compact and its rear side is more elegant due to its smaller camera module. But several people may not agree with me because Huawei P40 Pro+ comes with more unique and premium materials (it is made of ceramic). Further, unlike the Motorola Edge+ which is just splash resistant, Huawei P40 Pro+ is waterproof with the IP68 certification. Samsung Galaxy S20 Ultra should be sturdier thanks to its waterproof certification (IP68) and the Gorilla Glass 6 protection for both front and back glasses, but its dimensions are big, just like its camera module.

The Motorola Edge+ has the most interesting hardware department because it is fueled by the Snapdragon 865 mobile platform which has currently no rivals among Android phones. On the other hand, while providing a less powerful chipset, Samsung Galaxy S20 Ultra comes in a variant with a higher amount of RAM and internal storage: 16 GB and 512 GB respectively. Motorola Edge+ only comes in a configuration with 12 GB of RAM and 256 GB of native storage, while Huawei P40 Pro+ stops at 8 GB of RAM. Note that if you get the global version of the Huawei P40 Pro+, you won’t get Google services out of the box due to the U.S. ban.

The most amazing camera (and not only of this comparison) is on board of the Huawei P40 Pro+. It features a 50 MP Penta-camera (the fifth sensor is a TOF 3D sensor) including 10x optical zoom and a 40 MP ultrawide lens. Further, on the front side, the 32 MP selfie snapper is accompanied by another TOF sensor for 3D facial recognition. The silver medal goes to the Samsung Galaxy S20 Ultra offering a 108 MP quad camera with a 48 MP periscope lens, 4x optical zoom supporting 8K video recording, and awesome stabilization.

Since it packs a huge 5000 mAh battery and a less energy-demanding display than Samsung Galaxy S20 Ultra, Motorola Edge+ is more satisfying in terms of battery life. However, the Motorola Edge+ has slower charging speeds (just 18W with wired charging and 15W with wireless charging), while Samsung Galaxy S20 Ultra and Huawei P40 Pro+ charge at 40W and 45W, respectively.

Huawei P40 Pro+ is priced €1399 globally, Samsung Galaxy S20 Ultra starts from $1199/€1099, and Motorola Edge+ costs $1199/€1200. Is it worth getting one of these handsets? Well, if you need an astonishing camera quality or you are a power user, then yes. But if you do not want the max you can get, there are a lot of more affordable devices that will let you save a lot of money while still giving you nearly perfect user experience.

Despite Huawei P40 Pro+ does not have Google services, it remains a very impressive phone due to its ceramic design, better cameras, and very fast wireless charging technologies. Samsung Galaxy S20 Ultra has the best display, while Motorola Edge+ has longer battery life than S20 Ultra but inferior cameras and display. What do you think about actual top tier flagships? Do they cost too much or they deserve a chance? Let us know by using the comment box below. 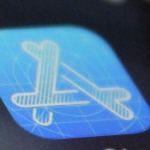 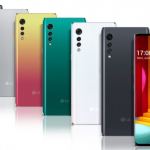