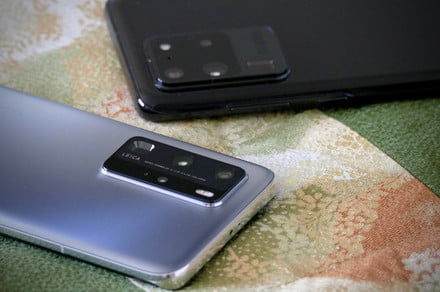 What does it mean to be Pro, Plus, or Ultra? The newly released Huawei P40 Pro Plus and the Samsung Galaxy S20 Ultra will certainly help you define those terms. Both boast some of the best displays, performance, and smartphone cameras you’ll find on the market today. They’ll also cost you a pretty penny. If you’re ready to drop some cash for the best of the best, though, look no further.

To help you decide which is better, we break down the two phones and even give you our overall winner. Sit back and grab your score chart, because we’re pitting the Huawei P40 Pro Plus against the Samsung Galaxy S20 Ultra.

U.S. woes didn’t stop Huawei from producing another gorgeous device in the Huawei P40 Pro Plus. The phone features Huawei’s Quad-Curve Overflow Display, named after the content that flows off the curved display. This design choice makes holding the 6.58-inch OLED much more manageable. A pill-shaped notch resides on the upper left corner, which houses the main lens and an IR depth camera. The back of the P40 Pro plus is made with nanotech ceramic, a polished material that feels smooth yet sturdy. You’ll also notice the five-camera array housed in a compact bump on the back.

The Galaxy S20 Ultra brings Samsung’s champion pedigree display into this expensive flagship. On the front, a large 6.9-inch AMOLED panel stretches from corner to corner. Ironically, the curved edges that Samsung pioneered back in 2014 with the Galaxy Note Edge have become flatter than ever while retaining unique functionality. The display has a 120Hz refresh rate, so it’s even smoother than the Huawei P40 Pro Plus’s 90Hz. An Infinity-O notch is situated on the upper middle, containing a 40-megapixel camera. The back is made of glass, so you’re bound to leave some fingerprints if you go case-less, but that still won’t draw your attention away from the gargantuan camera bump at the top.

Both flagships are IP68 certified, meaning they’re resistant to dust and water. While the Huawei P40 Pro Plus is much easier to hold with its ceramic backing, the Samsung Galaxy S20 Ultra has a more practical design, a less-intrusive notch, and a higher refresh rate.

The Huawei P40 Pro Plus is powered by the Kirin 990 5G, while the Samsung Galaxy S20 Ultra runs on the Snapdragon 865. Both have 5G support if you’re in a compatible area. While the P40 Pro Plus is better than the Galaxy S20 Ultra in benchmark tests, the scores don’t define how these phones perform during real use. Both will handle most, if not all, apps that you throw at it. You’ll also get an ample amount of RAM with 8GB on the P40 Pro Plus and 12 GB on the Galaxy S20 Ultra (or 16GB if you fork out an extra $200). The extra $200 will also upgrade its base storage of 128GB to 512GB. Huawei only offers 512GB.

The Samsung Galaxy S20 Ultra is equipped with a big 5,000mAh battery, while the Huawei P40 Pro Plus has a smaller 4,200mAh cell. Running at their best display configurations, you can expect similar battery life from both devices. After all, the 5,000mAh of the Galaxy S20 Ultra is powering a higher refresh rate and a larger 6.9-inch panel. To top off the batteries, the P40 Pro Plus is capable of 40W fast charging and wireless charging. The Galaxy S20 Ultra supports a quicker 45W fast charging but a slower 15W wireless charging. Considering the sizes of the batteries, you can expect similar charging speeds on both devices as well.

All things considered, the two devices are evenly matched when it comes to performance, battery life, and charging.

Comparing these two behemoths of smartphones would be a waste without diving into the cameras. Huawei has always prided itself on having one of the most versatile and professional camera systems in the industry. It has competition, though, as Samsung has introduced a new and improved camera array.

The Huawei P40 Pro Plus has a five-lens setup on the back. This includes a 50MP main lens, an 8MP periscope telephoto, an 8MP telephoto, a 40MP ultrawide, and a ToF sensor. The symphony of the lenses makes for one of the most flexible cameras that you’ll ever use on a smartphone. You’ll even be able to take closeup shots up to 100x zoom with the help of optical and digital adjustments. We’re happy to say that the P40 Pro Plus follows its predecessor, the P30 Pro, when it comes to reliable low light photography. Video-wise, the cameras on the P40 Pro Plus allow you to shoot 4K at 60 fps and even 1080p at 960 fps for some slow-mo action.

Samsung went all out with the Galaxy S20 Ultra this year when they introduced the 108MP camera. On paper, the cameras on the device should win out — but it’s more complex than it seems. Users have been reporting issues with auto-focusing and over-sharpening of images. While Samsung has responded to the claims, it’s still in the process of pushing out software updates to remedy the issues. That’s not to say that the cameras on the Galaxy S20 Ultra are unusable. You can still capture vibrant and colorful images with the various lenses, and it can also do 100x Space Zoom shots. While picture-taking has issues right now, the Galaxy S20 Ultra excels at video recording. With the ability to shoot up to 8K at 24 fps and gimbal-like stabilization, this is one of the best video recording smartphones available today.

While 100x zoom is still a fairly impractical feature, it’s very fascinating to see what smartphone cameras are capable of doing. Huawei wins it with pictures and stills, but Samsung takes the cake with videos, so we’re going to call this round a tie.

Putting the software of the Huawei P40 Pro Plus next to the Samsung Galaxy S20 Ultra is like bringing a knife to a gunfight. Since being blacklisted by the U.S., Huawei’s AppGallery just can’t compete with the app availability on Google’s Play Store. Instead, you’re left with apps that aren’t as stable or simply don’t offer the same features and functionality that you’ve been accustomed to with Android. You’ll still be able to access Google services like YouTube and Google Maps via the internet browser, though.

The Galaxy S20 Ultra operates on Samsung’s OneUI 2 layered over Android 10 — a recipe that makes navigating and interacting with the larger display much more intuitive. The Huawei P40 Pro Plus runs EMUI 10.1 over a blend of HarmonyOS and Android 10. Likewise, you’ll have a seamless experience interacting with the content on your device.

Out of all the categories we’ve tested, this is probably the closest for the two. Consider multi-camera setups, near bezel-less displays, high refresh rates, in-display fingerprint sensors — the list goes on and on.

The Huawei P40 Pro Plus does have more secure facial recognition due to the depth sensor on the front, but the Galaxy S20 Ultra offers a personal smartphone assistant in Bixby. You also get Samsung-specific features like Secure Folder, Bixby Routines, and Samsung Pay. It’s safe to say that whichever of the two you go with, you’ll have your hands full with features.

The Samsung Galaxy S20 Ultra starts at $1,400, with an upgraded 12GB of RAM; the 512GB model is $1,600. It’s available from all major carriers and from such retailers as Amazon, Best Buy, and Walmart.

The Huawei P40 Pro Plus is rolling out in European countries at 1,100 euros (about $1,600), only in the 8GB of RAM and 512GB storage model. Don’t expect it to hit the U.S. market anytime soon. If you are interested in buying one, you’ll have to go through a third-party international seller.

It was a close one all the way through, but the Samsung Galaxy S20 Ultra is our overall winner. The device is nearing four months old but is packed with a spec sheet that will last any user for years to come. It has a beautiful display that’s buttery smooth thanks to the 120Hz refresh rate; a 5,000mAh battery that can power through any type of day; and a set of cameras that show some flaws initially, but will age finely with upcoming software updates. 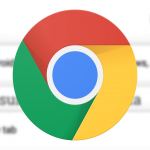 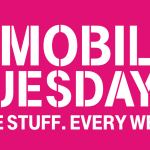