Apple has just released iOS 14 at WWDC and it features a load of new stuff we’ve been wanting in the software that powers iPhones for years. Here’s how to get those brand-new features right now.

From updates to Messages, a refreshed homescreen and support for widgets, iOS 14 is a big update for the iPhone. We expect a full release to come alongside the iPhone 12, however there are ways to get in on the action early.

As usual, Apple is restricting iOS 14 in its current beta state to those who are registered developers. That means you need to be a paying iOS developer to get access to the betas.

Apple will release a public version of the beta for anyone to download in July.

If you are a registered developer then the iOS 14 betas should be available on the Developer Portal from today (June 22). You’ll be able to install the correct profile and then download the new software directly to your iPhone.

You’ll get OTA updates throughout the beta process as new features are added and bugs are squashed.

As is always the case with these betas, they will likely be buggy to begin with and slowly get better as these issues are ironed out and we wouldn’t recommend anyone installing the beta on a primary device. Best to stick to a secondary iPhone that you won’t struggle without if certain features aren’t working quite as they should.

iOS 14 is a big update, with plenty of new stuff to get excited about. The homescreen has been refreshed, widgets can now be placed between your apps and Messages have received a big update to better compete with alternatives like WhatsApp. There’s a new Translator app plus deeper privacy controls and a big update to Siri.

(Developing: this is an ongoing story and we will update it as more information comes in)

How to download iOS 14 right now on your iPhone originally appeared on TrustedReviews.com 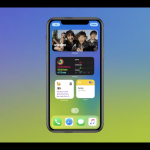 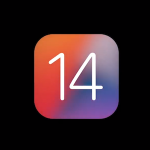