At this year’s E3, Square Enix has announced the follow-up to its successful casual mobile game Hitman: Sniper. It’s called Hitman Sniper: The Shadows, and this time around, Agent 47 has gone missing, which means you’ll have your pick from five brand new characters tasked with saving Agent 47. Unlike the original, Hitman Sniper: The Shadows will be free-to-play. It’s slated for release on Android and iOS sometime later this year.

The above cinematic trailer doesn’t show a lick of gameplay, though it does reveal that Agent 47 is missing while introducing the five new characters you’ll play as whenever Hitman Sniper: The Shadows is released.

Square has yet to confirm a release date outside of the fact the game will land on the Play Store in 2021, and since we already know it will be free-to-play, fans can more than likely expect a bunch of in-app purchases, just like what wormed its way into the once-premium Hitman: Sniper. Perhaps this is why the above trailer has twice as many thumbs down as it does thumbs up, or why most YouTube comments only have disparaging things to say. While it’s nice to see Square moving away from bait and switch monetization, such as what occurred with the first Hitman: Sniper game, it’s definitely hard to get excited for a new release in the series when it will undoubtedly be designed around in-app purchases as well as characters that to date have little to do with the franchise.

As you would expect from an E3 announcement, details are still pretty light, but we do know each of the five new characters introduced in Hitman Sniper: The Shadows will offer their own unique rifles, locales, abilities, and play styles, per an interview conducted on GameStop with the lead designer and senior producer. We also know that Hitman Sniper: The Shadows is not a direct sequel, but its own thing separate from the core series and the previous Sniper game. This is why more creative kill opportunities are expected, so shooting a target into a dumpster with a high-powered rifle will be a legit strategy. Of course, I’m sure we’ll hear more about Hitman Sniper: The Shadows as we get closer to its release, so stay tuned.

Hitman Sniper is going free-to-play in its next iteration — here’s the first trailer originally appeared on AndroidPolice.com 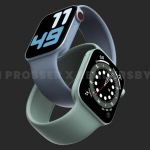 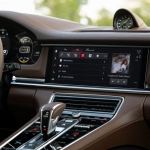