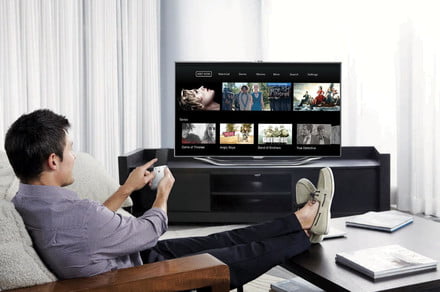 HBO fans have it great these days. Subscribers can watch their favorite shows and movies whether they’re seated in front of their TV or they’re on a mobile device while riding the bus to work. While HBO used to offer an astonishing three streaming services, though, WarnerMedia announced that on July 31, 2020, they’ll be retiring HBO Go in the wake of HBO Max’s launch. In turn, HBO Now will be rebranded as simply HBO.

While viewers will still have the freedom to pick between two streaming services, things will be a little more straightforward. With multiple ways to stream HBO’s coveted library of original content, there are probably some people who are wondering what sets these services apart from each other. HBO Go and HBO Now have many similarities, which is likely why WarnerMedia has chosen to retire one. HBO Max, however, goes above and beyond the other two by offering the entirety of HBO’s library, plus a lot more.

Here, we’ll compare the three services with a greater focus on HBO Now and HBO Max, considering HBO Go will soon be retired.

So, what do the three services cost? Well, this is where things get a little tricky.

HBO Now costs a flat rate of $15 per month. It’s a stand-alone package, which means it doesn’t require a cable subscription to use. HBO Go, on the other hand, is free with an HBO subscription — but that’s the only way to access it. So, to use HBO Go, one must first have HBO; and to have HBO, one must be paying for cable or satellite.

The vast majority of HBO Go users access the service via a cable or satellite subscription. The monthly rate for HBO varies between providers and plans, and sometimes special offers will further reduce the price. Some providers have even dropped HBO subscriptions to as little as $5 a month, but you could be paying anywhere from nothing (via an introductory offer) to $20 on top of what you already pay for cable.

Some providers offer HBO access to internet-only customers, who can then access the content online. An HBO subscription can also be added to services such as Amazon Prime Video, PlayStation Vue, and Hulu (HBO is not currently offered on Sling TV due to a contract dispute). If you have one of AT&T TV Now’s most recent plans, you won’t even need to pay extra. HBO (and HBO Go access) is included as part of your AT&T TV Now subscription at no extra charge.

If you’re a college student, you might be able to get HBO Go for free through your university. HBO’s website has detailed instructions on how to see if your school offers no-cost HBO, but basically, if you see your place of study listed under HBO Go’s list of TV providers, you’re good to go.

It seems likely that, after July 31, these deals may continue but will provide access to the rebranded HBO app rather than the HBO Go service.

HBO Max costs the same as an HBO Now subscription — $15 a month — but does not require a cable subscription. Given that it offers considerably more content than HBO Go or HBO Now, it’s easily the best bang for your buck unless you’re getting a special offer through your university or cable provider.

Even then, however, HBO Max may still be the best option. At launch, HBO Max was free for HBO subscribers who have AT&T, Cox Communications, Verizon Fios, Altice USA, and some other independent cable providers. (Also, if you already have HBO Go or HBO Now, you can use your same login credentials for HBO Max.)

Every film, comedy special, and television series HBO offers is available regardless of whether you opt for HBO Go or HBO Now, and most content is available via both services at the same time as its original broadcast. That should remain the same when the two are consolidated into a single app. The interfaces for both apps are also very similar — so much so, in fact, that the methods for navigating one will transfer to the other. They’re easy to figure out, with helpful sections that showcase both featured content and new releases.

HBO Max offers everything available on HBO Go or HBO Now, plus a whole lot more.

At launch, HBO Max had 10,000 hours of premium content, including the entire HBO service, titles past and present from Warner Bros., the complete Studio Ghibli catalog, and classic TV shows such as Friends, The Big Bang Theory, and South Park. It will also offer 31 original series in 2020 and 50 original series in 2021 that will not air on the regular HBO service. That original content library will include content from the likes of JJ Abrams, Greg Berlanti, and Cary Joji Fukunaga.

HBO Go has been around since 2010 and has amassed a robust list of compatible devices during that time. When HBO Now was unveiled in 2015, the service was bound to a near-exclusive deal with Apple, which meant it was only available on devices such as the iPad, iPhone, and Apple TV.

Since the deal’s expiration in mid-2015, however, the company has steadily added support for HBO Now to a multitude of devices. The main difference between each platform’s compatibility is not the device, but the generation or version thereof. Check the table below to find out which of your devices are compatible with each streaming service. When HBO Go is retired, your service will be subject to HBO Now’s device compatibility.

If you want to watch HBO on your TV and don’t have a set-top box, HBO recommends connecting your compatible iOS or Android-based mobile device to your television via an HDMI cable (anecdotally, an MHL connection will work too, although HBO doesn’t officially say so). In addition, HBO warns that some cable providers don’t support HBO Go logins on all devices. If your cable company, HBO Go, and your streaming hardware aren’t a match, you should see a Device Not Supported message when you try to log in.

HBO Max offers the same compatibility options as HBO Now, except that it will not be immediately available on Amazon Fire TV Stick or Roku. It will also have a YouTube TV app.

So now that we’ve covered which devices the three services support, it’s time to discuss their respective limitations.

Luckily, there aren’t many and most deal with access across multiple devices. In this regard, HBO Go is the more complicated of the two. To use HBO Go on a compatible device, you must first authenticate the service through a cable or satellite provider. This can be a bit tedious, but there’s no cap on the number of devices you can tie to your account. Fortunately, you won’t have to do that anymore after July 31!

HBO Now also allows unlimited devices per account, but without the authentication requirement. Simply sign in with your HBO Now credentials and you’re free to stream to your heart’s content — to a point. Both services will cap the number of videos being simultaneously accessed, which HBO claims is for security reasons. So, if you have several devices trying to access different movies or TV episodes at the same time, you might run into the message, “You’ve exceeded the number of simultaneous streams,” forcing you to sign out or restart your device. If all you have are a few devices online at once, streaming should be essentially unrestricted.

It’s still unclear what sort of restrictions, if any, HBO Max will have. The company has not specified any restrictions or limitations that HBO Max will have that are separate from HBO Go or HBO Now. Since upgrading to Max is relatively simple for existing subscribers, it seems likely that restrictions are not dramatically different from the earlier services.

If you’re not looking to spend the dough on an HBO subscription, whether streaming-only or through your cable package, it’s worth noting that there are quite a few HBO-produced options available on Amazon Prime Video. Prime subscribers have access to a wealth of HBO-made content, and though it’s not the same volume as you’d get through HBO Go or HBO Now, it could be enough to make a dedicated HBO subscription less important.

In the battle between HBO streaming services, which comes out on top? Once upon a time, the answer to that question depended almost entirely on you. HBO Go and HBO Now had small idiosyncrasies, but nothing that makes one the clear choice over the other — each one simply appeals to a particular kind of user, either cord-cutter or cable subscriber.

When HBO Go is retired and HBO Now becomes the premium channel’s premium streaming platform, those idiosyncrasies will be ironed out. It will then simply be a matter of wanting HBO or HBO plus a whole lot more.

In that sense, HBO Max is the clear frontrunner.

Max offers all of the same content that HBO does, plus thousands of more hours of shows and movies, both classic and original. It’s as easy to access for cable subscribers as it is for cord-cutters with an app available for practically any device. For $15 per month — the same price as HBO Now — HBO Max is a far superior option to the company’s other streaming services. There’s a good chance that it will one day render the other two obsolete. 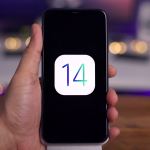 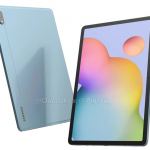